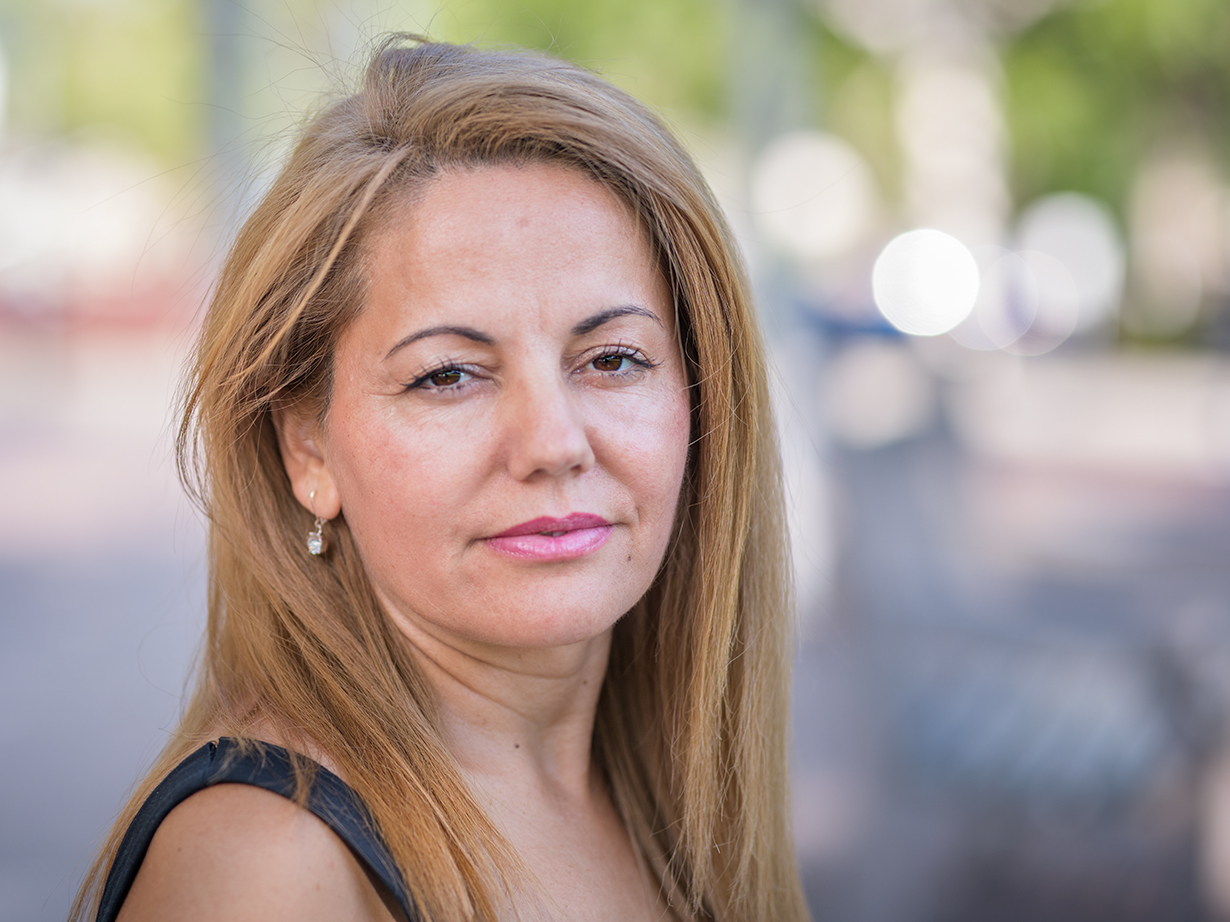 When Naskah Zada immigrated from Iraq to the U.S. in the fall of 1997, she was expecting to eat pizza in front of a big-screen television in either a mansion or New York City.

Instead, she arrived at a rickety house in Portland where even her family’s sponsor refused to visit past nightfall.

Now, after a media career in Washington, D.C., Zada has returned to host her own YouTube show in the place she first landed in the U.S., drawing on her background and analyzing Middle Eastern news, politics and culture.

Zada was born in 1974 to a Kurdish family living comfortably in the Iraqi town of Sangasar, on the banks of the Tigris River, 78 miles north of Baghdad. Growing up, she was aware of her Kurdish identity but gave little thought to the idea of Kurdish independence. Her father remained carefully neutral on the subject, while at one point, her brothers wanted to join the Kurdish military force known as the Peshmerga — the name means “those who face death.”

One day while she was in middle school, Zada was shocked — and also mortified — by the arrival of her first menstrual period. She resigned herself to remaining in her chair forever so that no one would notice her bleeding. Understanding Zada’s dilemma, a classmate named Parween offered her jacket as a cover-up. This quiet act of compassion launched both a friendship, and for Zada, a crash course in feminism. Zada remembers Parween as “a women’s rights activist at age 12.”

“I didn’t think about those ideas. I was seriously in my own bubble,” Zada explains. “She told me we have to be activists and that it’s up to us to change society.”

Then, in 1988, Sangasar was leveled by the Iraqi army. Zada and her family relocated to the Kurdish city of Sulaymaniyah. Gradually, she lost contact with Parween, only to learn later that Parween had died in an honor killing. The news so disturbed Zada that when she wrote her master’s thesis in peace studies and conflict resolution at Portland State University, she chose honor killings as her topic.

“I wrote about honor killings in respect for her — and to find solutions,” Zada says .

In 1993, Zada started college at the University of Sulaymaniyah, where she was majoring in Islamic studies. Three years later, on an October night, her brother suddenly announced, “We have to leave tomorrow.” In 1996, the U.S. evacuated 6,600 Kurds in Operation Pacific Haven, taking the evacuees to a U.S. military base on the Pacific island of Guam for several months before resettling them across the U.S. Her brother’s job with a U.S-British aid group helped her family get selected.

In April 1997, the family arrived in Portland, Oregon, experiencing a culture shock from which she believes her parents never recovered. She remembers those early days as difficult and recalls that the highlights were her daily walks to Fred Meyer to buy candy and successfully identifying words like “yes” and “no” in conversations.

The 22-year-old Zada soon found a job pouring coffee at Elmer’s, where she was confronted by racism and called “burnt toast” by some co-workers. She soon changed jobs, started English classes, and also re-enrolled in college. In 2007, she secured a position, through a Kurdish professional connection, as a television and radio producer and video editor at Voice of America in Washington, D.C. She followed this role with positions as a guest producer at CCTV and CGTN.

Zada considered her career fulfilling, but she was homesick for her family. In the summer of 2018, she returned to Portland and started her own YouTube show, The Zada Show, dedicated to providing nuanced, solutions-focused perspectives on Middle Eastern news, politics and cultures.

“By now, we know what’s going on in Syria, and we cannot just keep saying, ‘I don’t know,’” Zada says. “There are solutions, but why are we not finding them, especially in the Middle East?”

Zada said her show also seeks to provide a broader view of how everyday people live in the Middle East.

“I also want to talk about the culture side of it. Lots of times we focus on the problems of the Middle East,” she said. “But then there are a lot of countries and people doing a great job, and we don’t see that,” she explains.

One thought on “Creating New Narratives”