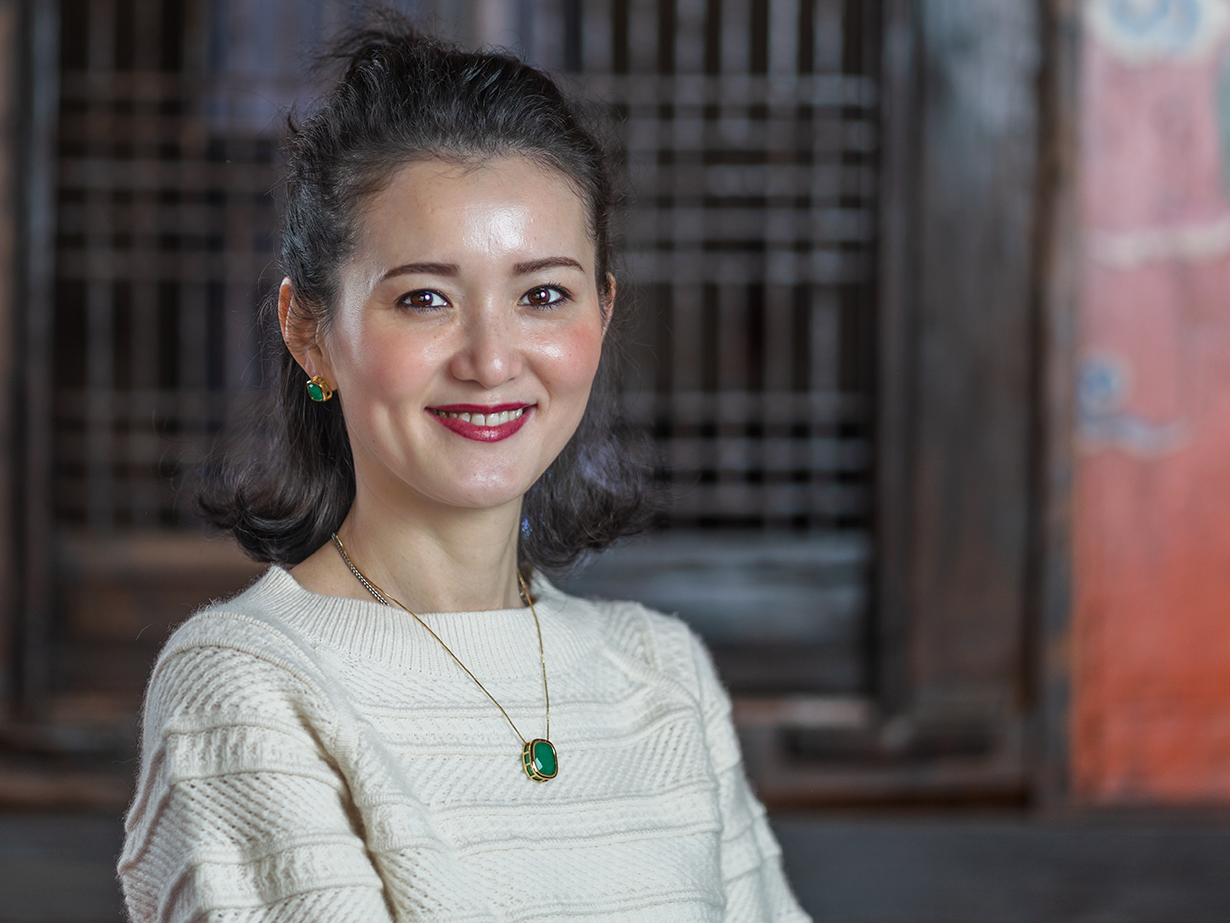 For Ningshu Fang, the lessons that her grandmother taught her as a child are an invaluable part of who she has been, and who she has become.

“She was a woman who was ahead of her times, “ Fang remembers.  “She was resilient and not afraid to pursue her passions and she taught me to do the same.”

Fang was born in Shanghai, China, in 1979, just as the country was emerging from several decades of turmoil wrought by the Cultural Revolution.

Shortly after Fang’s birth, her parents were sent to the countryside to work as farmers, so she was raised by her grandparents in Shanghai.

An only child, Fang spent a lot of time riding her bike with friends. China was only just emerging from the Cultural Revolution, and Fang remembers having the first TV and one of the first phones in the neighborhood. “Everyone would come and watch TV in our house,” she recalls.

She also loved seeing her grandmother, a former art professor, at work on her paintings. “A lot of times she would be painting at home, and I would be watching her. There were also times when she took me to museums and art shows,” Fang says. “She was the one who inspired my interest in art in my early years.”

Though Fang dreamed of becoming an artist like her grandmother, her parents–having suffered during the Cultural Revolution–disapproved.

“They were thinking that going to college and having a decent education is the key to a good future,” Fang says. “They were not supportive of me going for art.”

Following her parent’s wishes, she attended a regular high school in Shanghai. Meanwhile, in 1987, her parents moved to Japan. When Fang was 16, she spent the summer there with them and saw a new way of life.

Although art was not an option, she explains, “I didn’t want to be like everyone else and pursue a traditional way of living. I wanted to go outside and see the outside world.”

At 18, Fang  moved to Kobe, Japan, to live with her parents. She enrolled at a Japanese university, and in her junior year, participated in an exchange program to study at Eastern Washington University in a small town in Washington state. “It was definitely a new experience for me,” she says. “I was able to meet a lot more students from different, foreign countries.”

After graduating from college, Fang spent the next six years living and working in Japan. On a visit to see her grandmother in Shanghai, she met her future husband, an American named Dan who was working there.

In 2007, she moved back to Shanghai to be near him and found work as a senior manager at a Japanese media company operating in China.

“It was very exciting for me to go back to work [in Shanghai],”she says. “The job, at the time, was very challenging, so I felt motivated to keep on going.”

Fang and Dan married in 2009, and their first child was born a year later. Three years later, after their second child was born, she quit her job and returned to her childhood passion: art.

One of her early projects was creating a set of 18 hand-drawn greeting cards, each featuring a different theme from Chinese culture and history.

“[The art] was definitely very, very meditative for me,” Fang explains. “At the beginning, I just purely enjoyed doing it, because it also brought back a lot of the memories I had with my grandmother.”

In 2016, Fang and her husband moved to Portland, Oregon, acquiring an import  business that specializes in Asian-styled antique furniture called “Asia America.”

“Deep down, I was a person that always wanted to look for something different, something adventurous,” Fang notes. “So even with all the uncertainties, I was for this new journey.”

Again, she returns to the inspirations received from her grandmother, “All she taught me is what helps me … go out in the world, have a sense of self and not get lost,” she says.

In Portland, Fang helps with the family store and uses her art to engage with the community. Since 2018, she has displayed her paintings at the Portland Lan Su Chinese Garden for an annual, month-long art exhibition, where she interacts with visitors and teaches them about art and Chinese culture.