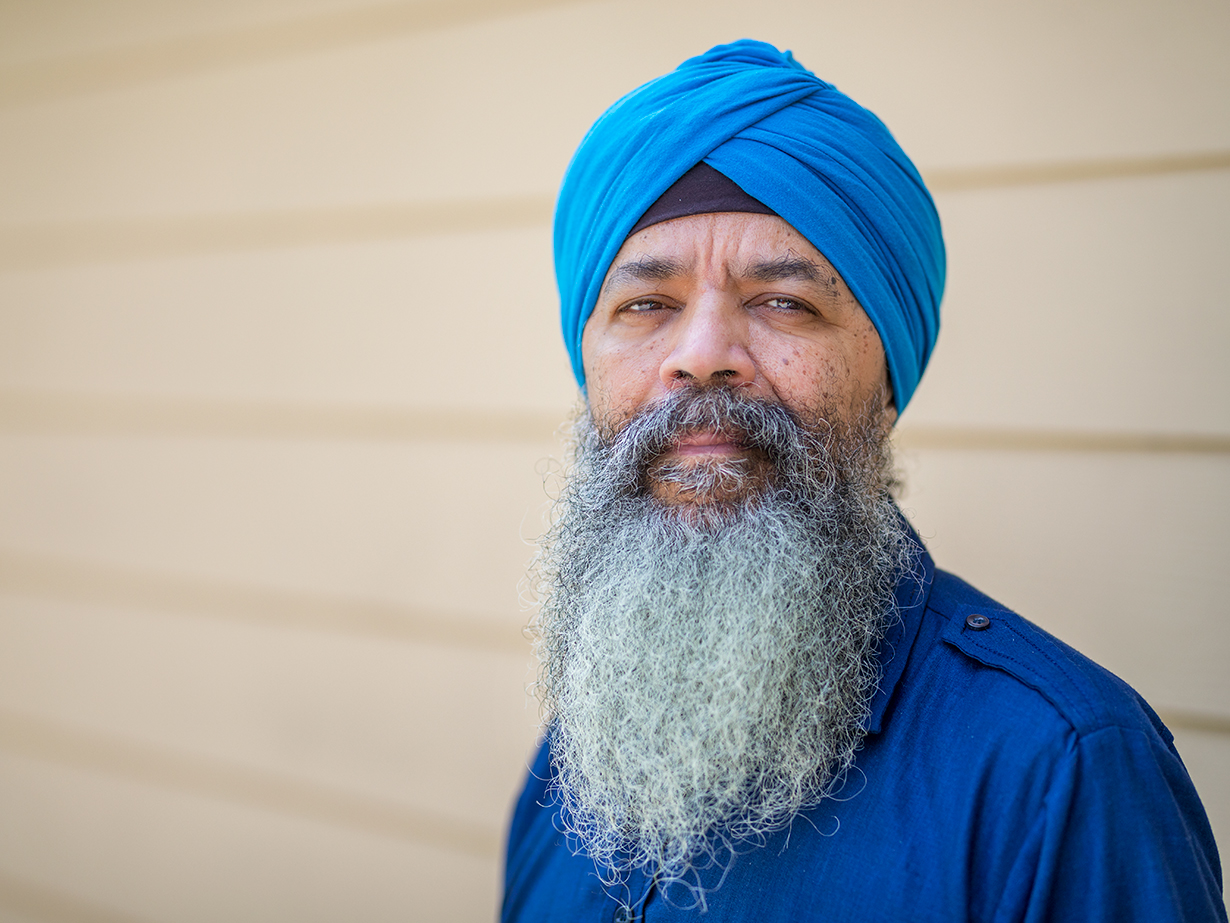 “When I was younger, I was afraid of missing out,” Jasnam Daya Singh remembers. “I felt like I had to rush against the clock and compete. I was always searching for something deeper, a purpose for life.”

Singh, 59, was born as Weber Drummond in Rio de Janeiro, Brazil. He grew up in a quiet neighborhood with his parents and a younger brother and sister. His father owned an iron and steel company but played piano in his spare time. Both his father’s musical talents and his family’s religion, Catholicism, fueled Singh’s natural curiosity and desire to find greater community with people. At 14 years old, he began playing piano in public, from churches to nightclubs. And at 17, he decided to attend a convent school with intentions of becoming a priest.

“My father thought I was too young to make such a decision,” Singh says. “He pulled me out of the convent a month later. I was devastated.”

Soon after, Singh lost interest in organized religion as he felt the institution cared more about the number of followers than the people themselves. He gradually stopped identifying as a member.

“I was still very much connected to the idea of a spiritual life, though. It has always been important to me,” Singh says.

With this change of heart, Singh decided to pursue professional music; he continued playing at different public venues while studying piano performance in college and working for the military band.

In 1986, Singh left the military and joined a Brazilian band, where he was able to play piano around the country. When a high school friend, who had moved to Los Angeles, visited him a year later, they went out for pizza and he made a quick decision.

“During that conversation, even though it had never crossed my mind before, I decided I wanted to move to the United States too,” Singh says. ”I moved to L.A. that November.”

He was 26 years old then and excited to pursue his music career in California. One of his most treasured memories is opening for jazz musician, Herbie Hancock, at the Hollywood Palladium.

Since music could not pay all his bills, he worked a variety of side jobs, including being a hot dog stand vendor and a housekeeper for actress Kim Basinger. Basinger affectionately called him Liberace, he says, after the famous American-Italian pianist, and even invited him to play at her after-party for the Batman premiere in 1989.

Singh later moved to Monterey, California, where he worked as a pianist at several resorts. He also frequently traveled throughout the US and abroad.

“One thing that I always like to do as a musician is cross over different styles. I feel very much connected to all the genres I’ve been exposed to: classical, jazz, and Brazilian,” Singh says, recalling gigs in Belgium, Italy, Sicily, and the Czech Republic.

“There was even this piano festival in Prague at a church that looked like a cave,” he mentions. “Every single one of these experiences is meaningful. I feel very blessed and grateful.”

To supplement his music income, Singh became a certified nursing assistant and moved to Vancouver, Washington.

Spirituality continued to be important to Singh and when he came across Sikhism, he was immediately intrigued by its emphasis on service, connection to music, lack of proselytizing, and authenticity.

“I never stopped yearning for a spiritual path. But I was never preoccupied with the idea of being part of an organized religion. When I came across Sikhism, I just wanted to learn more about it,” Singh says.

“Theoretically, in Sikhism the turban symbolizes your devotion to God, and it shows others that you will stop whatever you are doing to help them should they need it. By wearing the turban, you cannot hide from your religion,” he says.

In 2009, Singh began attending a Gurdwara, a Sikh temple, and in 2013, he underwent an Amrit ceremony, a Sikh ceremony of rebirth. There, he changed his name to Jasnam, meaning “one who sings praises to God” and added Daya, meaning “compassion”. For his last name he followed the Sikh tradition by choosing Singh, meaning “lion”.

Singh continues to cultivate his passion for music. He is currently composing a piece for the Portland Chamber Orchestra involving classical and jazz music and spoken word.