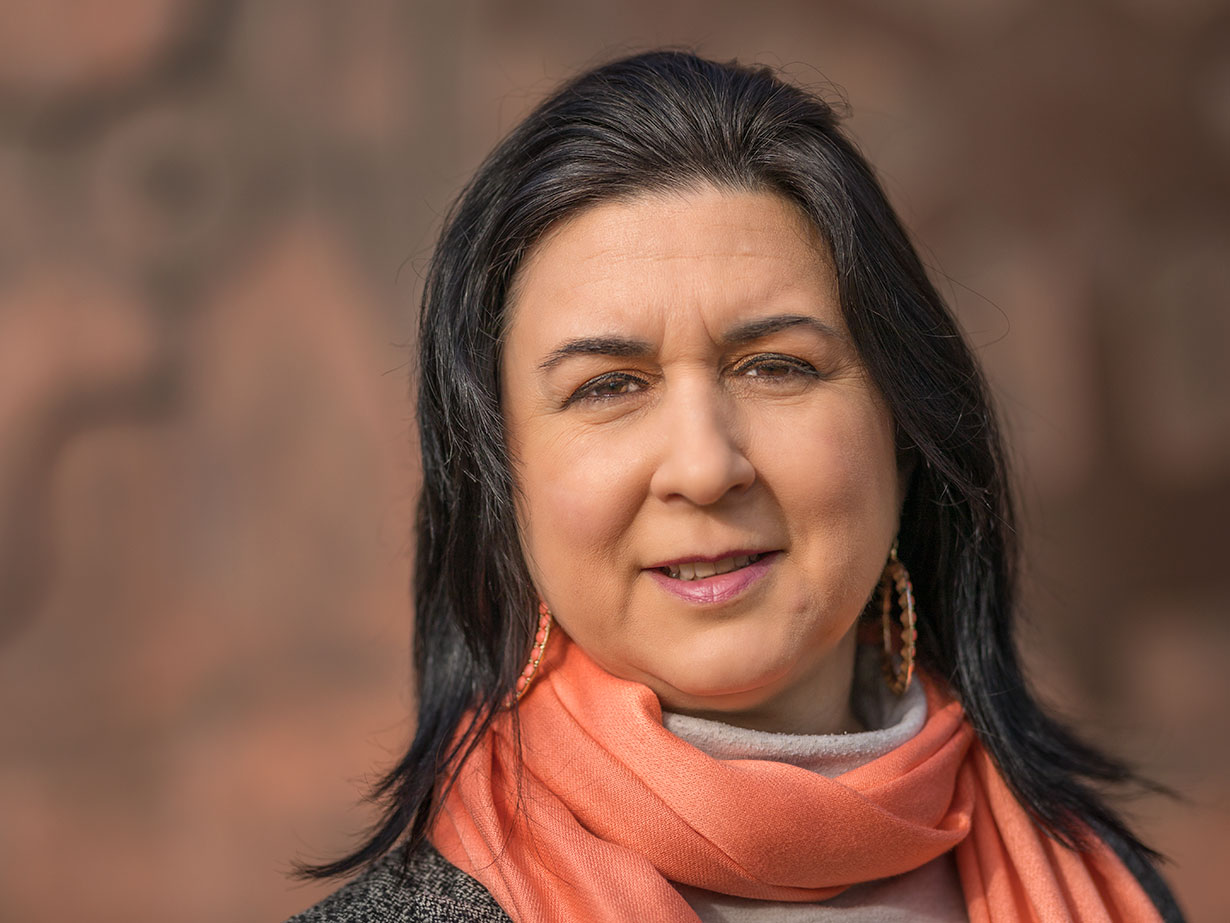 Growing up as a U.S. citizen in Venezuela, Giselle Rincón knew what it felt like to be an immigrant. But it wasn’t until she moved back to the landof her birth 20 years later that she learned to embrace her immigrant identity.

When Rincón was just two years old, the family moved to Caracas, the capital of Venezuela, where an economic boom was underway.

Growing up middle-class outside Caracas, Rincón and her family worked hard and vacationed in the U.S. every other year. When her mother opened a preschool in their backyard, Rincón began helping out and enjoying it.

“I realized that was my vocation,” she says. “It’s exciting when you discover something you can do, something you are good at. Discovering it earlier (in my life) helped me be more focused.”

When she was 19, Rincón married Oscar, her boyfriend of five years. “I expected it would be a journey,” she says, remembering the day of their wedding, “Fighting, staying together, just focusing on living experiences together. If we fall, we will get up together.”

Three years later, she received her Associate’s Degree in the same year that they had their first child, followed by a second four years later.

Then, suddenly, the Venezuelan economy collapsed, Rincón’s father died, and her husband became ill due to financial and emotional stress. Rincón contacted Oscar’s godfather in Oregon.

“A week (after the phone call), he said, ‘I have a house ready for you, and a car. Come and stay all the time that you want,’” she remembers. Six months later, in 2001, Rincón, her husband and two children moved to Portland, Oregon.

Rincón decided to ship the family’s furniture to Portland to help them adjust to their new lives. “I thought, ‘this is the best investment because our kids are going to feel that they are at home with their own things, their own bedroom, their own furniture.’”

After several years,  Rincón and her husband settled into stable jobs. Rincón did some administrative work and found various teaching positions, and then obtained her teaching certificate and began teaching at Sunset High School, where she has been on the faculty for more than eight years. She also earned her Master’s in Educational Leadership in E-learning at John’s International University during this time.

Gradually, living in the U.S. gave Rincón an insight into her own history. “I have lived the two sides of the coin,” she says. “I realized that in Venezuela I had a lot of privilege because of my European descent. But here in the U.S., people said to me,’You are a POC, you have an accent.’ That taught me the importance of solidarity and how we all have to get along on this planet.”

In 2014, Rincón joined a group of Venezuelans at a protest in Portland regarding injustices in Venezuela. After the protest, “we decided to take a sharp turn to this group and create a place for Venezuelans as a community, to gather, to share our culture, to support education, to support each other and make Oregon our new home,” she explains.

As she continues to balance her roles of director for Venezuela’s Voice in Oregon and high school teacher, Rincon has many more goals. In the summer, she plans to return to George Fox University to get her EdD in Instructional Design and Development.