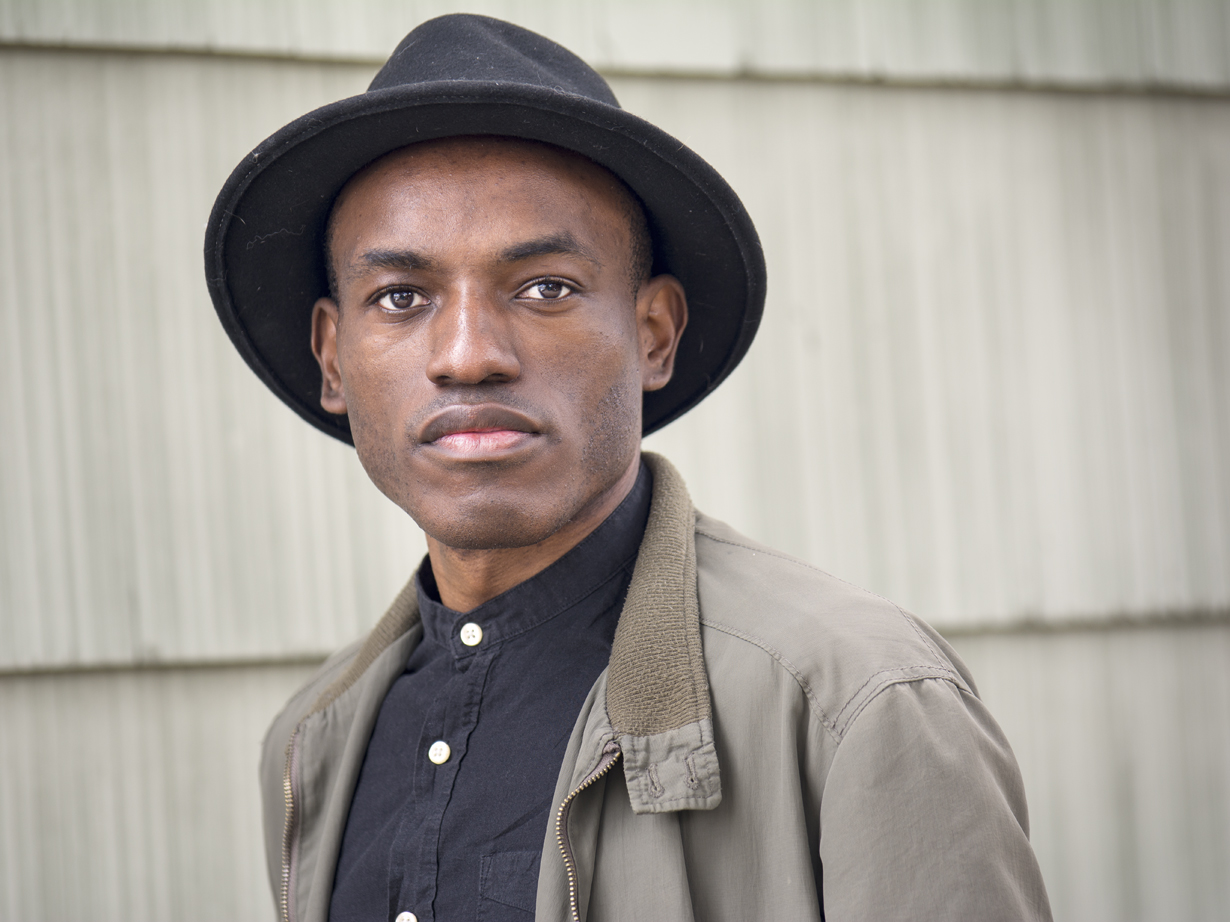 “When I was in a band, I pretended I was straight the whole time,” Franklin says. “Nobody knew I was living a double private life as a rockstar and a gay man.”

Born in Cameroon, Franklin’s whole life has been a roller coaster of events, including jumping to different countries and finding himself in different ways: through music, religion, sexual orientation and cultural identity.

Franklin grew up in a Protestant family in Cameroon along with seven other siblings; he was the second youngest. His dad, 82, still lives in Cameroon, while his mom passed when he was 19.

“I had an amazing childhood, despite the fact that I was a different kind of child,” Franklin says. “I always have a different way of feeling and viewing the world that wasn’t necessarily a part of the social construct of where I come from.”

Franklin says he was picked on for being “flamboyant and feminine.” He always wondered why he wasn’t like his brothers or why he wasn’t interested in girls. He grew up feeling as if the place he was born and raised in was foreign.

“I felt like I wasn’t accepted by the people who were supposed to be protecting and supporting such as my friends and family,” Franklin says. “I felt different in a way that I wasn’t fitting in.”

Then suddenly, one of his older sisters converted to Jehovah’s Witness, which his family opposed. Having something in common — feeling like outcasts—they became really close. Whenever he came home dejected, his sister would provide him comfort.

“My mom didn’t know how to deal with me, so my sister took that role,” he says.

The first time he fell in love was during his last year in high school, but it was unrequited. It’s when he realized that people like him “would not survive” in Cameroon. In his country, gay men were highly discriminated against. He had to get away, he says. He was 18 when he had the desire to leave his country to study—and escape a dangerous situation.

To get away, Franklin moved to Ukraine, with the help of his sister, and encountered a massive culture shock. He learned Russian and Ukrainian languages, and assimilated to the new culture.

He worked at a construction site, gave out newspapers in the streets and worked at restaurants — standing and opening the door while dressed up with traditional Ukrainian/Russian clothes.

“People took pictures of me and made fun of this black person wearing traditional clothing,” Franklin says. “But I had to do it! It was my job. The restaurant would feed me and pay me, so I could pay my rent.”

But he says that he learned about humanity in Ukraine. Despite the fact that he was one out of a handful of Black people in the country, he always received help when he most needed.

Franklin later joined a band as a vocalist. They toured the country until he made enough money to pay rent, credit card bills and debts he owed people. He went back to school, and got his bachelor’s degree in business administration while still doing gigs. In 2009, the band had an offer to tour China.

While touring in China, Franklin met people and found a new understanding of staying true to himself. He came out and started dating men. When his friends and family found out about it, he began receiving hate messages from family and friends calling him an “abomination.” Eventually, everyone back home grew distant and cold.

“I decided that I’m going to be myself, and that my happiness would not depend on what my parents or my siblings feel about me,” Franklin says. “I’m not going to be the exact copy of what they wish me to be.”

When he was in China, Franklin got sick with arthritis and was alone in a city he was unfamiliar with. The inflammation spread all over his body to the point that he couldn’t move. At 29, he thought he was going to die. No one in his family called to check up on him nor did they know about his situation.

“It was as if people lost interest in me or my family didn’t care whether I was alive or not,” he says. He was alone.

When he recovered from the bout, Franklin found he still craved something more.

“I like music, it’s always been my dream when I was little,” he says. “Now that I have fulfilled that dream, I had to move on with something else and go further with my education.”

Because of his good grades, Franklin ended up getting a full scholarship from the Korean government along with a stipend every month to get his master’s degree in public policy.

Nevertheless, unlike Ukraine, Korea was harsh in terms of racial discrimination. Franklin, for the first time, was arrested in Korea. When he entered the hospital at midnight with another bout of arthritis, the nurse immediately called the police claiming that there was “a tall, scary, black man” walking into the building. He was in pain in the middle of the street, answering questions from the police.

Despite the harsh discrimination, Franklin says that Korea changed his life in many ways. Most importantly, he met the love of his life in Korea. In 2015 — when the Obama administration legalized same-sex marriage nationwide—they moved and got married in Oregon, where his husband grew up.

For Franklin, it’s been a “difficult journey,” but during his ride, he found someone to spend the rest of his life with. Today, Franklin is successfully employed as a reporting analyst with Epiq Systems, Inc. in downtown Portland. He is sending money to his family as well as paying for his nephew’s college.

“I’ve never been happier and in a better relationship with my family,” Franklin said. “They respect my decision. I couldn’t wish for more, and I am grateful.”