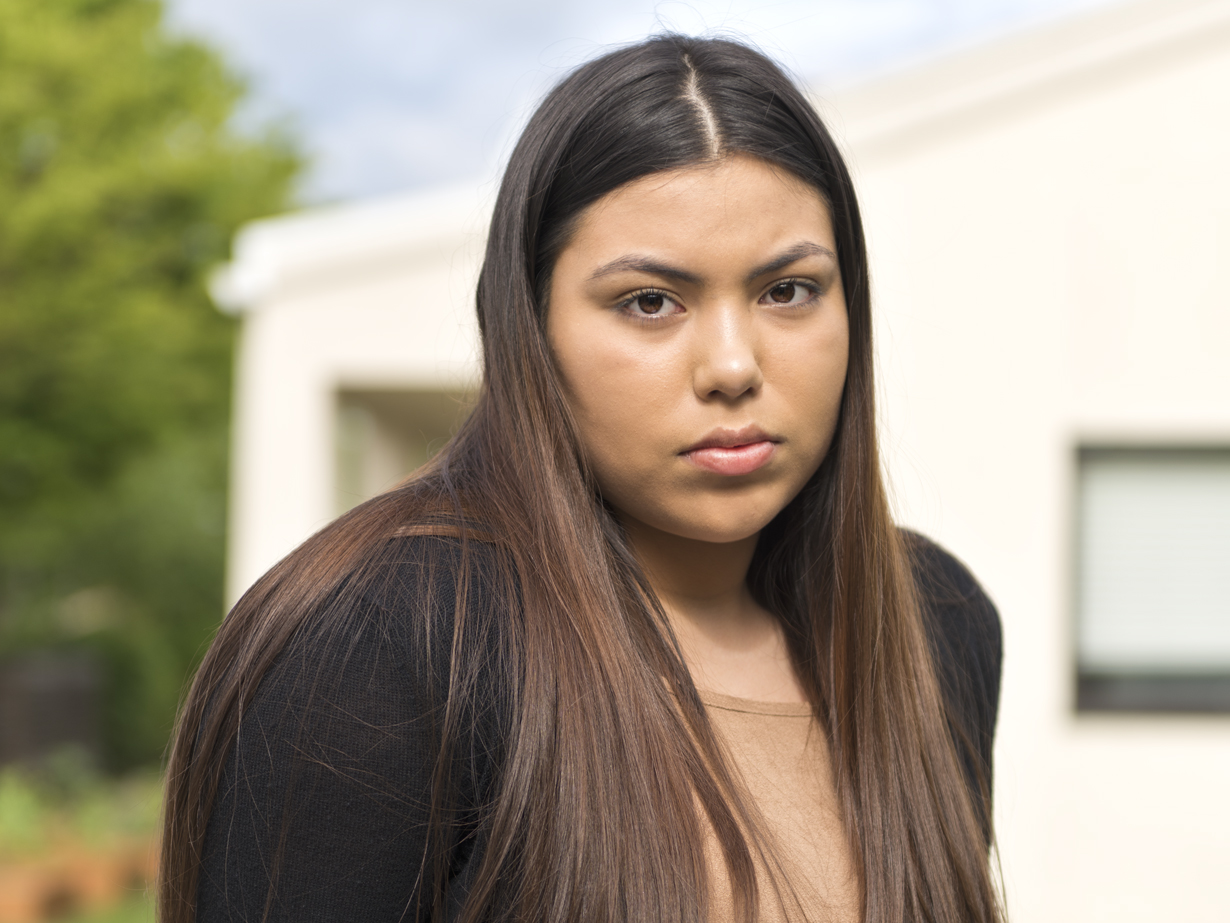 Looking around the primarily white city of Dallas, Oregon, Cindy was five years old when she asked her mother in hushed Spanish, “Are we not supposed to be here?” The only other Latino at her school was her own cousin, and Cindy felt alienated by both the language barrier and her difference in skin tone.

Even though Cindy was born in Georgia, she spent her early years in Mexico, where she only spoke Spanish. When she moved back to the United States, she suddenly realized everyone not only spoke a language that she did not understand, but they all looked distinctly different.

She eventually moved to Portland, and she is currently a junior at Forest Grove High School, which is situated in a district where 50% of the student body is Latino.

Despite the ethnic diversity at her school, she’s noticed mounting racial tension in the past two years. On an ordinary Wednesday in May, Cindy walked toward the cafeteria and stopped in shock when she saw a banner displayed in the commons. The words “Build the Wall” were printed on the banner, referencing President Trump’s 2016 campaign promise to build a wall between the United States and Mexico. Although the students behind the banner were reprimanded, Cindy and her fellow Latino classmates felt directly targeted by the banner’s message. Word spread through social media, and the Latino students planned a walkout for the next day.

Cindy’s mother begged her to stay in school and not participate in the walkout. “Things like this happen,” she said, and Cindy knew that. Even the year before, her mother had told her about a woman who approached her at a bar, demanding that she should “go back to her country” and telling her that she didn’t belong in the United States. Cindy knew of prejudice against Latinos, having experienced it herself when a classmate told her that she wasn’t like the other “dirty Mexicans.”

However, Cindy refused to brush off the incident. Anger for her people and culture brewed in her chest, and she walked out of class shortly before 10:00 a.m. the next day, surrounded by other Latinos who felt the same.

Students from five neighboring high schools joined the walkout as well, and Cindy felt empowered by the sheer mass of support around her. Students chanted “Si se puede” (“yes we can” in Spanish), holding Mexican flags and signs emblazoned with empowering words like “Brown is Beautiful.” Although the walkout was only meant to go through morning break, the combined energy of the students sustained it for the rest of the school day.

Despite the prejudice she faces, Cindy adamantly believes that being a Latina will not negatively affect her future. She still plans to live out the American Dream as she understands it, go to college, and make enough money to provide a proper education for her own future family.

While Cindy still receives comments that she sees as hurtful towards her heritage, she uses them to empower her rather than letting them wear her down. She hears “so many people talking bad about [your culture] that you find the good things in your culture, and you find the good things in [your] traditions.”  Rather than allowing prejudice to cause her shame, Cindy says that it only “makes you feel proud of who you are.”