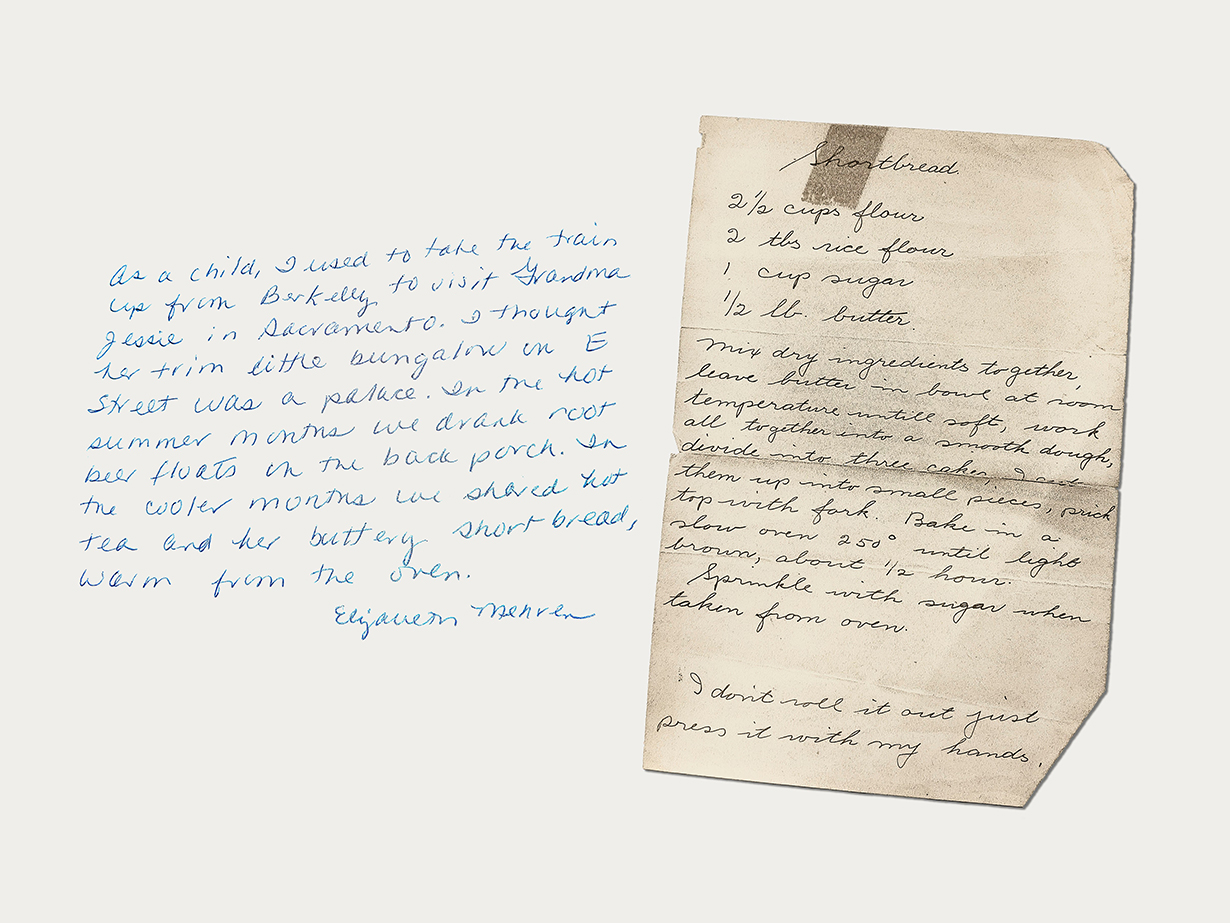 As a child, I used to take the train up from Berkeley to visit grandma Jessie in Sacramento. I thought her trim little bungalow in E Street was a palace. In the hot summer months, we drank root beer floats in the back porch. In the cooler months we shared hot tea and her buttery warm bread, warm from the oven. Jim Lommasson / What We Carried

My grandmother, Jessie King, was born in 1889 in a house on Holburn Street in Aberdeen, Scotland. Jessie was one of 13 children, 11 of whom survived childhood. Their father, Alexander King, was a beer carter, delivering his malty wares by horse-drawn wagon.

Jessie was sixteen years old when the family emigrated to the United States. They settled in San Francisco, where, only a year later, Jessie awoke just after dawn to a knock on her door.

“Jessie, you need to get up now,” her father said. When she asked why, he replied, “because the city’s on fire.”

Meanwhile, in the next room, two of her brothers were having a fight, the one accusing the other of having pushed him out of bed.

The date was April 18, and the rumble that had thrown her brother on the floor and that Jessie had slept through was San Francisco’s Great Quake of 1906.

Jessie outlived three husbands and lived to be 92. Until she was the last of the King siblings, she would still slip into her Scots brogue when the family got together. No family gathering was complete without a bagpiper in full kilts. When I was small, she and I would swing in her backyard and sing “On the bonnie, bonnie banks of Loch Lomond.”

Here is her recipe for Scottish shortbread:

Mix dry ingredients together. Leave butter in bowl at room temperature until soft. Work all together into a smooth dough. Divide into three cakes molded on a cookie sheet. I cut them up into small pieces. Prick the tops with a fork. Bake in a slow oven, 250 degrees, until light brown, about ½ hour. Sprinkle with sugar when taken from oven.

I don’t roll it out, just press it with my hand.