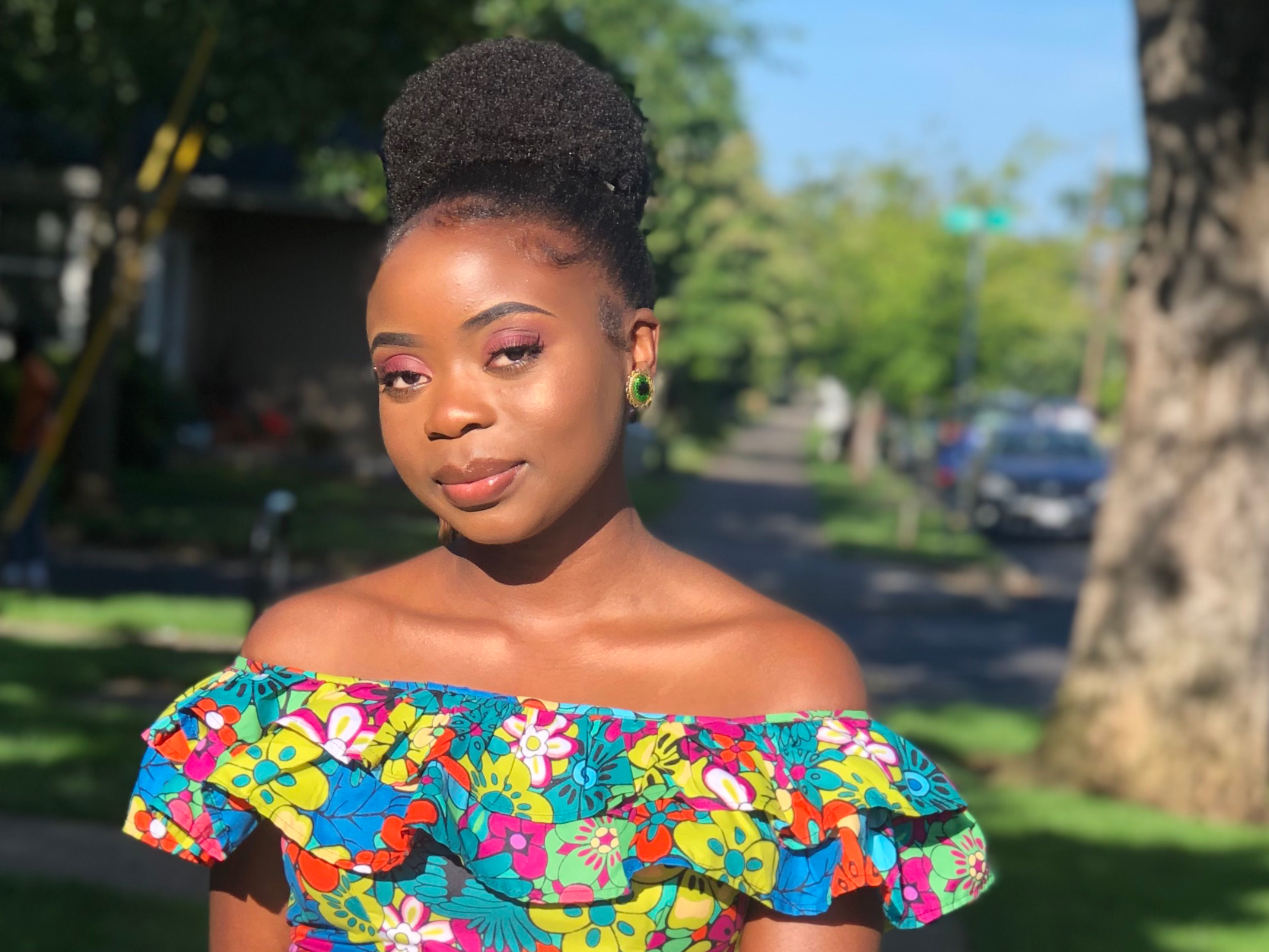 Lisa Amani is a driven 18-year-old. This fall, she will start her first year at University of Oregon, with $130,000 worth of scholarships. She plans to major in political science and minor in psychology. As she explains, she wants to understand how political systems work in order to “dismantle them.”

But Amani’s ambition stems from more than just her good grades and pursuit of higher education.

“It comes from my pain,” she says. “It comes from the tears that I cried those seven years in Congo, when no one was there to wipe them. It all comes from within.”

On February 22, 2002, Amani was born in Goma, an eastern city in the Democratic Republic of the Congo.  Her father,  active in local politics,  subjected her, her sister, and her mother to abuse.

Many times, Amani’s mother went to court to gain full custody of her two children. But her husband’s political power outweighed those attempts. Her main concern, says Amani, was: “If I die, where are my kids going to go?”

Amani was only one year old when her mother was forced to leave the home, and the woman her father married was the only mother figure she grew to know.

“My memories from Goma are very dark,” she says, remembering abuse from her stepmother and father  that would continue for six years.

But Amani also remembers Sundays, when she would walk to church with her older sister, and a woman would visit them. “This woman would meet us and talk to us,” she says. “She would give us things like candy.” Over time, Amani came to learn that this woman was her biological mother.

Late one night, when Amani was seven, her mother came to the house. Amani’s father and stepmother were away.

“I remember it like it was yesterday,” she says. Her mother spirited her and her sister away from their life in DRC on the back of a motorcycle.

Even after their daring escape, Amani was scared at first to leave her home, worried that she would be caught by her father. But she came to realize she had to go in order to escape the dark memories and life she had.

“Look back and say bye to all of our problems, because our life is going to look different from now on,” Amani remembers her mom saying as they left DRC for good.

Amani, her mother, and sister found refuge at a friend’s home in Nairobi, Kenya, where Amani enrolled in school, and quickly found herself in an environment that allowed her to work hard, help others, and forget her troubles.

“That was my escape,” she explains. “School was where I was allowed to be normal.”

While in Kenya, Amani’s mother applied for asylum to the United States. After four years, their request was granted, landing them in Portland, Oregon. Amani started her freshman year at Reynolds High School.

“I never realized I was Black until I came to America,” she says. She described her first year in high school as difficult. Although she enjoyed her classes, she struggled to meet other students who matched her maturity level. “I was always in the corner and I didn’t talk much my first year,” she recalls.

A year later, she transferred to Roosevelt High School. There, she found  a community of other African students who shared similar experiences. She became involved in clubs like the Black Student Union and African House Youth Council. “My transition to Roosevelt was the best thing that happened to me,” she says. “It was where I found my safe place. I saw all the strength that came with being an African. I was so empowered.”

This past spring, she graduated with a 3.9 GPA and an acceptance letter from the University of Oregon.

“When it comes to my mom I feel like I can never repay her enough,” Amani says, adding that she plans to use the opportunity her mother gave her to advocate for other African women and children after graduating college

“Throughout my life I have seen inequality,” she says. “But I look at the positives. I know who I am and I know what I am going to do.”

2 thoughts on “Turning Pain Into Ambition”