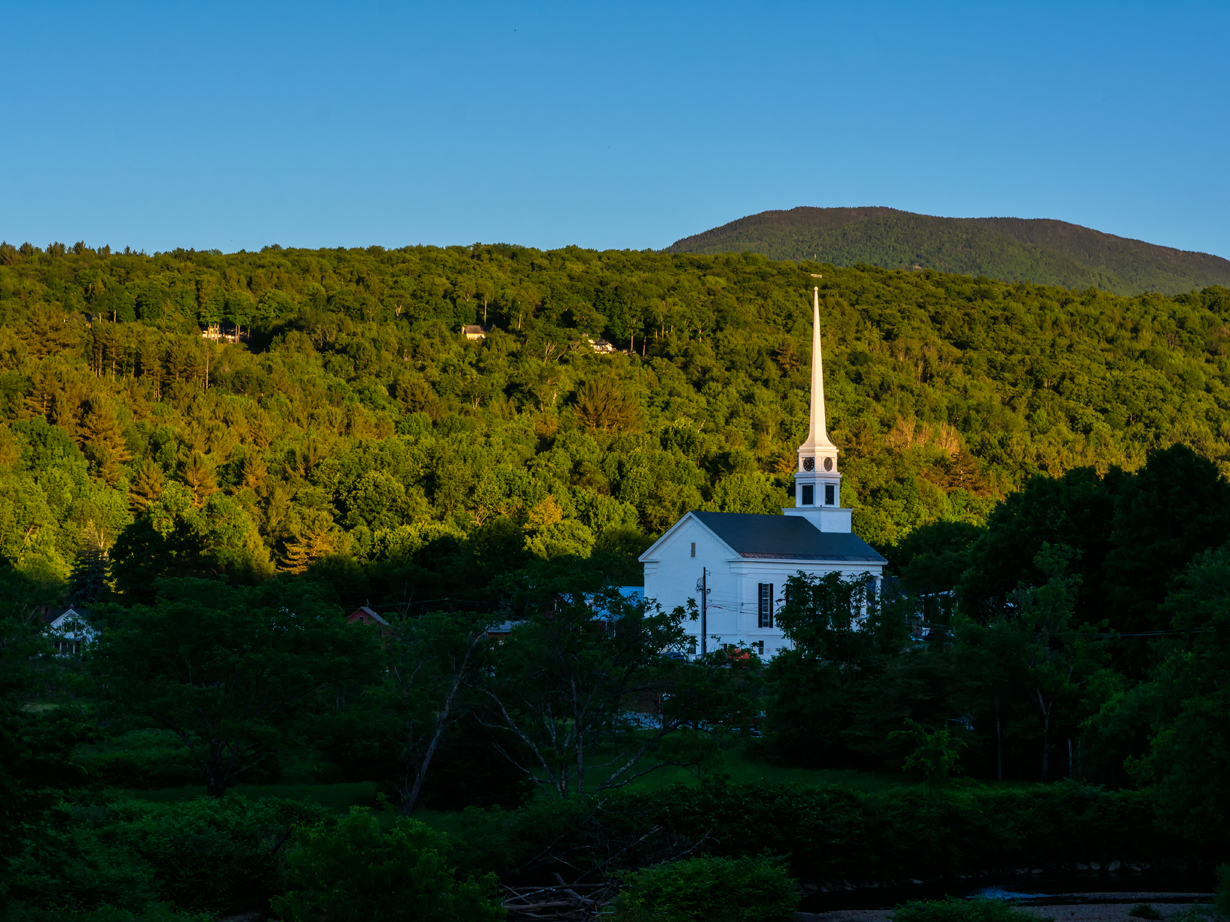 Our first day of travel in the New England area was going according to our plans. It was a beautiful summer day and our road trip through the picturesque VT100, known for its celebrated Fall foliage, was taking us through a number of small towns with white-steeple churches. As photographers, we plan to arrive at photogenic locations during the best light. That day was no different. Our plan was to take a picture of the most popular white steeple in VT, the Stowe Community Church, during sunset before continuing on to Burlington, VT. As we were setting up our shots, a young white male, maybe in his early twenties, slowed down as he was passing on his bike and yelled “Go home” as he was staring right at us.

My wife and I were there completely alone. We felt vulnerable, angry, and terrified, all at the same time. As an Indian American, I have been a victim of hate crimes and hate speech before. When I was a college student at a small Midwestern college campus, I was punched in the face rather hard as the perpetrator yelled, ‘you f***ing Iranian.’ As I recovered from the punch with my nose bleeding, everyone around me was just ignoring me as if nothing had happened! Over the years, I have had other incidents happen as well. In each of these incidents, either there was no one around or no one came to help. I did not, however, formally report them either.

The reason why I am writing about this now is to simply draw attention to the times in which we live. Hate crimes against Muslims in this country have increased by 67% last year. Since the election, it seems like reported incidents of such crimes have increased alarmingly and it almost feels like they are becoming the norm and to be expected. What used to be fringe nationalistic groups are now becoming mainstream and they are being normalized every day. Social tensions, it seems, are ripping apart the fragile fabric of our nation. Meanwhile, immigrants, ethnic, religious and other minorities are living in fear, and are anxious as we look toward an uncertain future.

We need to move past this and move the nation towards being a kinder and tolerant one again. Mariah Teli, an Atlanta area high school teacher who was a victim of a recent hate crime, said “the world is a better place when we all do our part to understand, empathize, and care for one another.” I want to believe that people will take action by recognizing that the need of the hour is empathy and tolerance. It is time to move our society to be on the right side of morality. We need to start to make baby steps again to move us all towards that utopia – the ever so waning ‘post-racial America.’