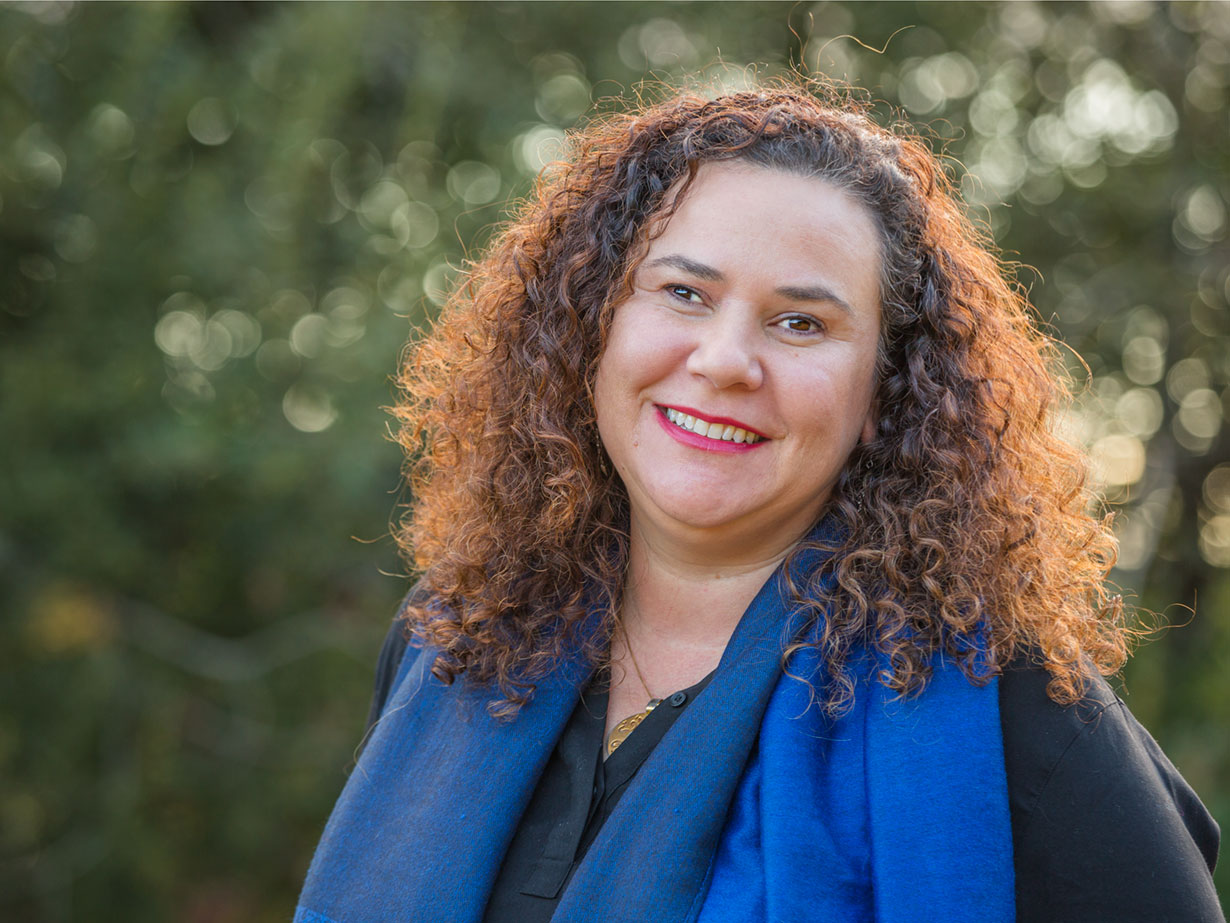 Rima Ghandour’s earliest memory is of being wrapped in her mother’s arms with her siblings around them, crying. The building shook as bombs exploded  right outside. She was only 3 years old, and this was just the first of several wars she would live through.

Ghandour was born in Beirut, Lebanon, in 1972. Her father worked for the United Nations, so their family of six moved around often, spending time in Lebanon, Yemen, Oman and Iraq.

The cosmopolitan nature of Beirut, where she started school, earned it the moniker of  “Paris of the Middle East” in the 1960s. But it was soon torn apart by the Lebanese Civil War.

“I always marveled at the resilience of the people of Lebanon,” says Ghandour. “They would repair the glass in their windows even if it was the 50th time it had been shattered.”

During her high school years, the family moved between Beirut and Baghdad, Iraq, seeking safety from the violent conflicts in each country.

School was not easy for Ghandour in the middle of war, but her parents stressed the value of education.

“My dad always told us, ‘Girl, boy, I don’t care. You all need to have some sort of way to support yourself,’” Ghandour remembers.

Ghandour graduated from high school in 1990. After growing up in the midst of three different wars, she chose to go to college in the U.S., attending Colgate University in New York. She obtained U.S. citizenship in 1993.

“I had always known I wanted to be a lawyer,” she says. “Living in so many places gave me an international perspective. I knew that going to law school in the U.S. meant that I could work only here. But that was okay because the ideals of the Constitution really spoke to me.”

Soon after graduating from Colgate in 1994, she married a law student and moved to California, where she attended law school at the University of San Diego. In 2002, the couple moved to Portland, to be near her younger sister.

Remembering those times after the terrorist attacks of 9/11/2001, Ghandour describes her experiences as a Muslim traveler.

“When we were in the airport, I was holding my son, Adam,” she says. “He was less than a year old. Two times, I was asked to take his diaper off to see if I was hiding a bomb. As a mother, this is something beyond distressing that because I’m Arab American, people would think that I would value my child’s life any less than they would value their children’s lives.”

It took her more than a year and a half to find a job.

“You ask yourself, ‘Do I write that I speak Arabic on my resume, or will that cause it to be thrown in the trash? But I’ve always made the decision to be very open about who I am. I don’t believe in cultural erasure.”

In 2006, Ghandour met a group of people at a protest, and together, they founded the Arab American Cultural Center of Oregon (AACCO).

“We wanted to educate people and try to help them understand us and our community,” she explains.

“The most important values my family instilled in me were resilience, education and love for my community. We live in this community and it’s our job to do whatever we can to make it better and more welcoming to people.”

She has since opened her own law firm and has worked with other attorneys to offer legal services to refugees who are detained at airports in Portland and Seattle.

“Once the Muslim Ban passed, that was one thing where as a lawyer, I could do more than just protest in the streets,” she says.

In 2020, Ghandour contested to be a circuit court judge in Multnomah County. To this day, she continues to fight for representation.

“If I had won, I would have been the second Arab American Muslim woman judge in the entire country,” Ghandour says of her campaign. “I like to think about life as made up of little circles. You got your nuclear family, then your extended family, then your neighborhood, then your town, then eventually the world. Anything we can do to help better things on a local scale helps everyone.

“I want to continue fighting discrimination not just against me but against everybody, and I want to make sure our legal system is there to protect people.”