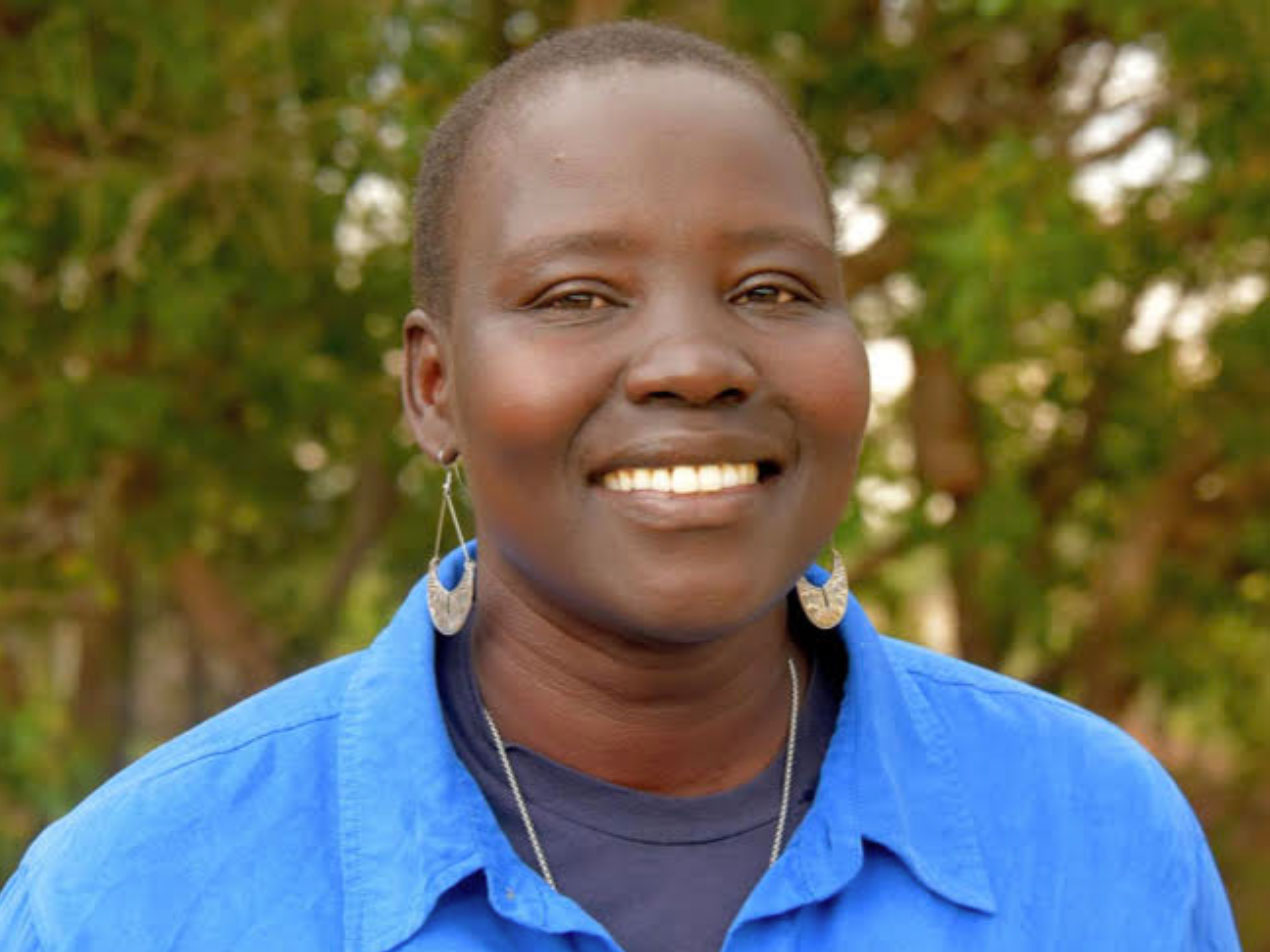 In February, 2021, Nyibol Bior published a children’s book called “My Beautiful Colors.” She chose the title because, “Colors are metaphors  to represent emotion and to explain how we move through life.”

Nyibol Deng Bior was born in 1982 in Malakal, South Sudan. She is a member of the country’s largest tribe, the Dinka.

One day, a truck with soldiers arrived to take five-year-old Bior to meet her mother in an Ethiopian refugee camp because the war was intensifying in Sudan.

But Bior was caught in an emotional vise. Her grandmother was not coming with them.

“For me, being taken away from my grandmother was the most painful experience from the entire war,” she remembers.

“I was put into the back of a truck,” she says. “The floor was so hot I had to sit on a bag of grain to keep my feet from burning.”

At that moment, Bior began to strategize. “I started thinking about ways that I could return to my village even though I had no sense of direction,” she says.

Bior lived at Itang Refugee Camp in Ethiopia, about 600 miles from the capital of Addis Ababa, for three years. She remembers her schooling there.

“We had a blackboard tied to a tree,” she says. “And would practice writing in the dirt with our fingers.”

In 1991, President Mengistu Haile Mariam of Ethiopia was overthrown. The Itang refugee camp was closed, and all the Itang residents were forced out. Bior was eight years old.

“They didn’t give us any transportation,” Bior says. “They didn’t give us food. We weren’t prepared. Their soldiers just came into the camp and started firing their guns and were asking us to leave or we would be dead. We packed everything we could and walked back to Sudan by foot to our village.”

It was the rainy season, and the worst part, Bior says, was witnessing dead bodies as she traipsed through rivers and streams that came up to her chest.

“I think the most difficult part about the journey was having to witness the dead bodies,” she says.

At one point, the refugees had to cross a river infested with crocodiles. Her brother was the only one who knew how to swim.

“There was a boat but it had a hole in it,” she says. “I knew that if enough water came in, the boat would sink.”

Thinking strategically once again, Bior sat on the hole.

“Nobody told me that, I just knew intuitively that I should sit on that hole and we would get across the river safely,” she says.

Only four days after they returned to their South Sudanese village, Bior and her family had  to leave again. This time they set out for the Kakuma refugee camp in Kenya.

Including the time she spent back in her Sudanese village, “The whole trip, from Ethiopia to Kenya, took 40 days and nights,” Bior says.

After receiving refugee status in the Kakuma refugee camp, the family moved to Nairobi, where they waited four years to be relocated to the United States. Her memories of attending school in Nairobi are not happy. She was  taller and darker than most of her fellow students, and she was teased relentlessly.

Suddenly, she says, “my name was black and not Nyibol.”

Bior was 13 when she and her family moved to Dallas, Texas. Bior adapted quickly. She did well academically and began playing basketball. Her good grades and her athletic prowess led to a college scholarship. After attending several colleges, she earned a B.A. in physical education and special education from Texas A&M International. Later, she earned a Master’s degree in English as a Second Language (ESL). She taught in the United Arab Emirates for two years, and now teaches special education in Dolores, Colo.

Bior began journaling in 2001. “I started writing a journal to compile my story chronologically into an autobiography,” she says. “A friend of mine advised me to turn one of the chapters into a children’s book.”

She chose colors as a way to explain the different times in her life. “My life with my grandmother was green, I was well-fed and there was no bloodshed,” she says. “My life turned red in the refugee camps. Today, I live in the blue. I’m comfortable, but I want to move out of the comfort zone.”

In the future, she says, “I want to live in the purple spectra, that is, to live for more than just myself. Through my book I hope to show kids that there are things to fight for, like peace and community.”