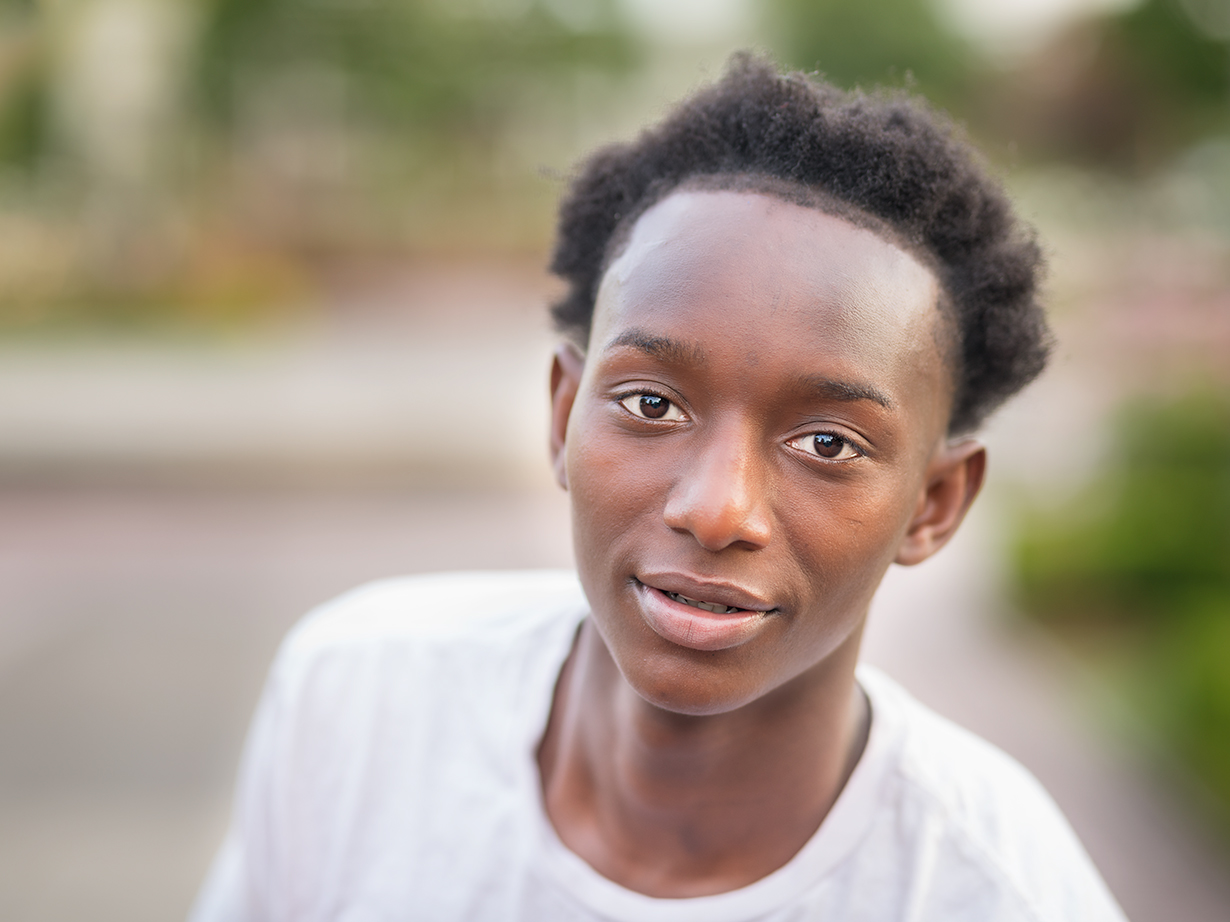 When Japhety Ngabireyimana landed in the United States at age nine, he thought he was seeing ghosts. “I was surrounded by a bunch of white people at the airport,” he recalls. “I was used to seeing people only of my own skin color. It was scary and made me want to go back.”

Ngabireyimana was born in the Nduta refugee camp in Tanzania in March of 2000, where his family had fled to escape the civil war in their native Burundi, East Africa. He remembers a sense of community in the refugee camp and playing soccer with other kids, but also recalls the poverty and his parent’s optimism about finding a better life away from the camp.

When his family immigrated in 2009, they expected a life like they had seen on American TV shows. “We thought we were going to come here and have a big house, and big cars and all the food in the world,” he says .

But moving to Beaverton, Oregon, was a difficult transition for the 9-year-old, amplified by the challenges of learning a new language and leaving his friends. His first day of school in Oregon was difficult: “I was the only Black student in class and I felt out of place. I didn’t even want to walk out of my seat, or to the next class or go to the cafeteria.”

At the end of his first year of  school in the United States, Ngabireyimana was held back to repeat the second grade due to the language barrier. He remembers his frustration,   but also his desire to prove to himself that he could excel in the classroom.

“I took to heart trying to learn the language,” says Ngabireyimana, who began to independently study English grammar and watch how actors spoke on TV shows. He remembers the first words he was able to communicate in English were “Good Morning” — a phrase he would use even out of context.

But, over time, the hard work paid off. Soon enough he was no longer afraid of making mistakes when speaking to others, even if it meant his classmates would laugh at him.

“Always get out of your comfort zone and stay resilient,” says Ngabireyimana, applying what he learned then to the challenges that followed. “If something puts you down, you just bounce back up.”

In 2016, Ngabireyimana and his parents co-founded the Happiness Farm, which supplies fresh produce, including native African vegetables, like eggplants and squash leaf, to local farmer’s markets and to other African families in their Portland community.

The farm allows them to celebrate their cultural ties to Burundi. “The farm is another way for us to bond,” he says. “It’s an environmental community where you can go and just give away the worries.”

In 2019, Ngabireyimana graduated from high school with a 3.5 GPA, high averages on the basketball court and a full-ride scholarship to Portland State University. Currently,  he is a rising sophomore and first-generation college student studying marketing. When he is not helping his family on the farm or maintaining his 3.8 GPA, he is playing basketball or working on his video editing and recording skills.

Since the Black Lives Matter Movement, in response to the murder of George Floyd and other Black Americans killed by police officers, Ngabireyimana has reflected on his own experience as an African living in the United States.

“I don’t feel safe around cops,” he admits. He also wants to support the movement and its activists. “What they’re fighting for is going to affect me,” he says.

When he graduates from college, he hopes to pursue a career in athletic marketing, specifically for Nike — both a personal goal and a means to support his parents and inspire his younger siblings to stay resilient.

“We may be new here to the U.S.,” he says, “But there is nothing that is stopping us from achieving our goals and our dreams.”