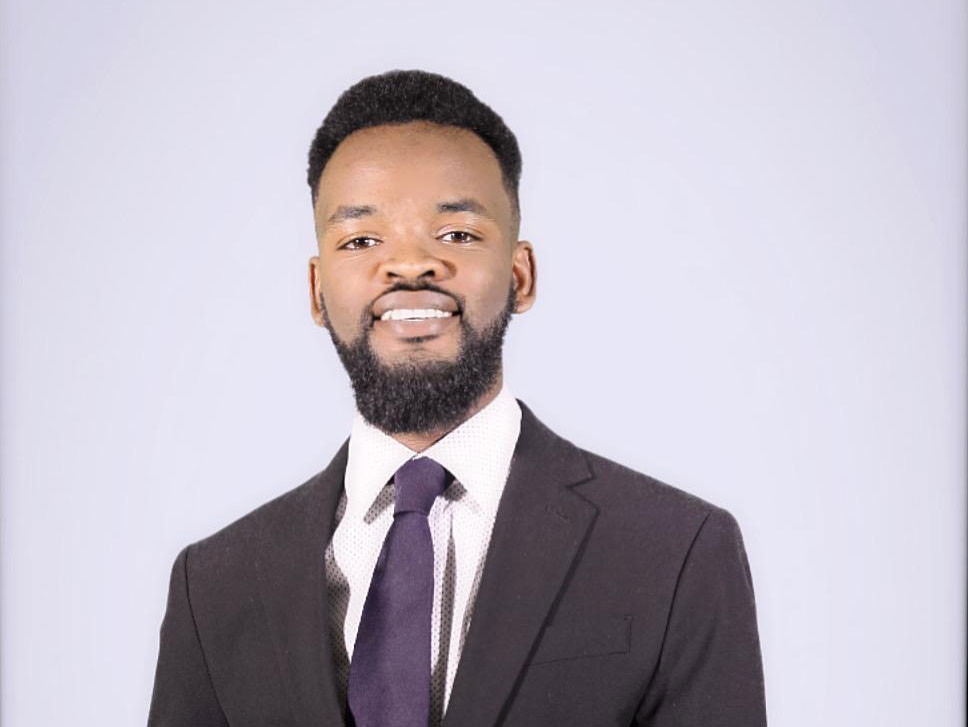 “Always find a way to climb back up,” says Souleymane Adam, reflecting on what he has learned as a survivor of genocide. “And not back up to where we came down from, but even higher.”

Souleymane was born in Nyala, in the Darfur region of Sudan, in 1996. His family spent the school months in the city of Nyala, and school breaks on their farm in a nearby village.

At 4 years old, Souleymane entered first grade at a girls’ school so he could be with his sister. “I was the only boy in the entire school,” he remembers. Though he was young, by the end of the year his sister had the second-highest grade in the class, and Souleymane had the third.

Young as he was, Souleymane was aware that tensions were rising between Arab and non-Arab groups in Darfur. He and his family belonged to the Zaghawa tribe, one of the non-Arab tribes.

“Things started getting very messy at that time,” he recalls. “We used to hear of people being killed, of villages being looted. The only thing I understood was: those people are Arabs, and we are not.”

In 2003, when Souleymane was seven, the genocide began. Casualty estimates of the long, brutal campaign against ethnic Darfuris vary widely. In 2013, the United Nations put the casualty figure at 300,000. The Sudanese government insists the number is 100,000.

For a small child like Soueymane, the sound of gunshots close to the village a few hours before sunrise must have been terrifying.

It was still dark as Souleymane and his family ran to the forest for cover, but his mother made sure to grab the hands of all her children – Souleymane’s, his sister’s, and his younger brother Kamal’s.

But once they reached the forest, “my mom realized that the kid that she was holding was not Kamal,” says Souleymane. Kamal had been left behind.

His mother was determined to go back to find Kamal. “She could not go into the village, but at the same time, she could not leave her son behind,” says Souleymane.

Kamal had gotten lost along with another boy, and the two of them ran to a nearby lake for a drink. “But there were dead bodies in the lake,” Souleymane says. When the boys saw the corpses, they sunk to the ground unresponsively under a tree until Souleymane’s mother found them and brought them back to the family. They walked the rest of the way to Nyala.

Soon after, Souleymane’s parents decided to move to neighboring Chad, leaving Souleymane and Kamal in Nyala with their grandparents.

Later Souleymane realized his parents did this to save their sons from the dangers of the journey, as young boys were often killed by Arab militias, the Janjaweed, so they wouldn’t join the rebel groups. At the time, however, he did not understand his parents’ decision.

“I was thinking: maybe I will see them tomorrow, maybe I’ll see them next week,” he says. “But that week became months, then became years.”

His grandfather would walk him to school in the mornings, telling him, “If you get an education, that’s going to be your strongest weapon to fight anything in life, and your life will be completely different from the life we had. You don’t need to suffer.”

But school was difficult for Souleymane because he had been born with a urinary condition that led to frequent accidents with bladder control and constant bullying from other boys.

At 8 years old Souleymane wanted to help out at home and saw a business opportunity.

Buses in Sudan would fill up with people, quickly turning the vehicle into a sauna. So Souleymane began selling napkins to the passengers to wipe off their sweat. From the five dollars that he invested the first day, Souleymane went home with twelve. His profits grew rapidly.

Although the trip was still very dangerous, and his grandfather did not know exactly where his family was or if they were even alive, Souleymane became increasingly determined to find them.

When he was ten, his grandfather arranged for him to accompany a woman on the journey to Chad. Souleymane took a set of women’s clothes and a headscarf so that whenever the bus stopped along the three-day journey, he could quickly disguise himself as a woman.

Arriving in Abéché in Chad, he was directed towards a part of the city where many people from his tribe lived. Suddenly he saw his sister playing with other girls under a big tree. “I ran to her and I hugged her and I was crying,” he recounts.

The following year, the family moved to Gaga, a refugee camp outside the city. There they had access to water, a hospital, and school. A few years later Kamal joined them. At last the family was together again.

There was a shortage of teachers in the camp, so Souleymane and some of the other older students helped teach the younger ones.

“We would put on plays about the genocide to help the younger kids understand the situation they were in,” he explains. “We wanted them to learn and grow to a place where this kind of thing wouldn’t happen to them again.”

Souleymane began going to the hospital in Gaga and consulted one doctor after another, but none could help him with his urinary condition. After years of no improvement he lost hope and told himself, “I don’t have any future, I can do nothing living in this camp.”

To find some purpose, he ran away to join the rebels in Sudan, only to be brought back mid journey when his mother discovered his absence. Trapped back in camp, Souleymane consulted yet another doctor and this one suggested a solution. “We don’t have a cure for your condition here in the camp,” he told the boy. “I advise you to apply to the U.S. as a medical refugee.”

In 2014, after almost nine years at Gaga Refugee Camp, the Adam family was accepted as refugees to the U.S. and placed in Kansas City, Mo. Souleymane received medical treatment and within a year was completely cured. “It was life-changing for me,” he says. “I never imagined myself living a life without being sick — without being ashamed of myself. I feel like I’m a new person.”

Souleymane enrolled in high school and joined the cross country team, where his extraordinary speed was noticed by college coaches. This fall he will be running for Iowa State University.

He plans to become a lawyer, hoping “to defend basic human rights, especially for Darfur people.”

Souleymane now works as a cultural ambassador for Darfur United, a soccer team that represents refugees from Darfur. “This team means much more than kicking a soccer ball for Darfur people,” he explains. “They are a forgotten people. Darfur United is a vehicle that tells the story of Darfur and what is going on.”

3 thoughts on “A Way Around Closed Doors”