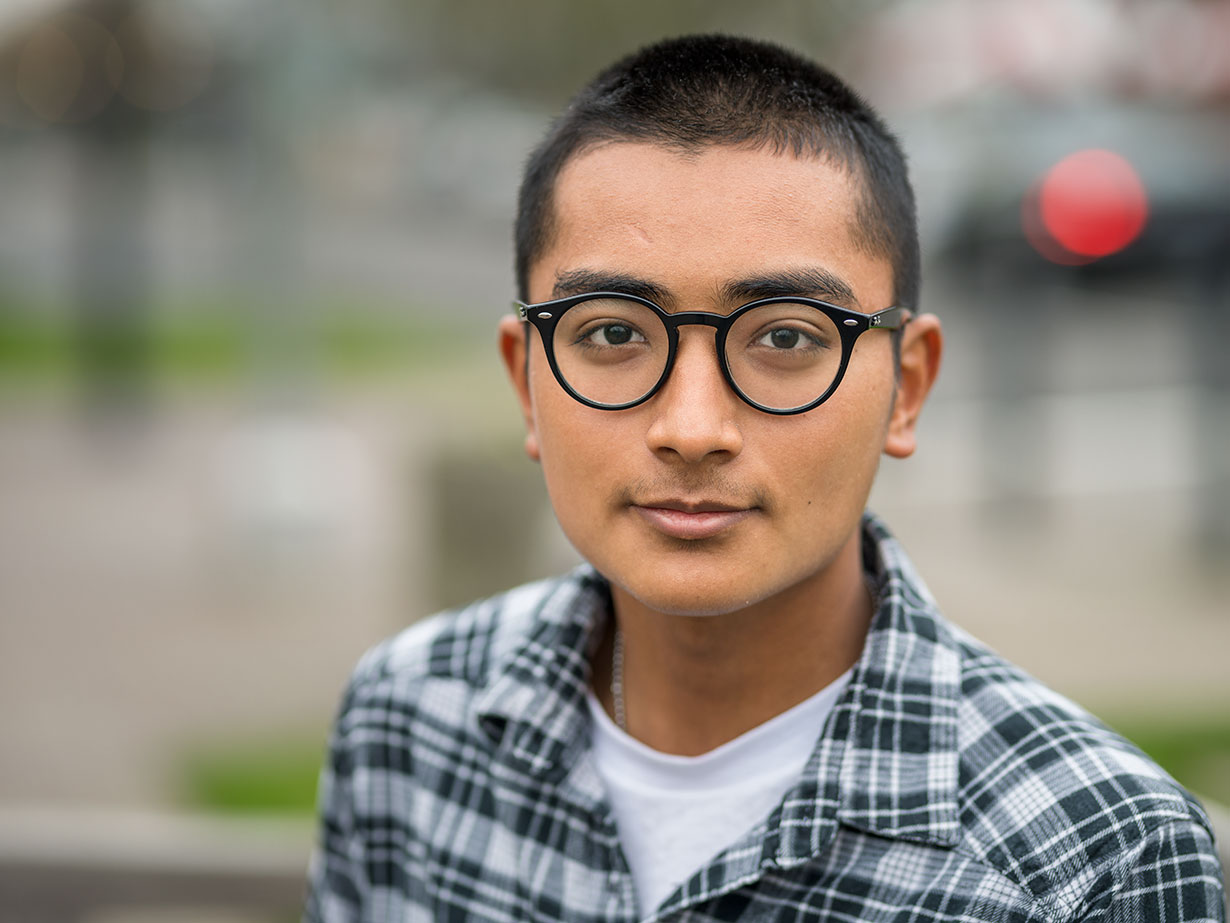 As Rekesh Subedi’s family prepared to leave Nepal for the United States, he talked excitedly with his friend about travelling on planes. “I told him, when you see a plane pass over the house, wave because I’m going to wave to you from the plane, so wave back.”

Subedi was born on Oct. 23, 2001, in a Bhutanese refugee camp in Nepal, where his parents lived after escaping from growing ethnic tensions in Bhutan.

When he was old enough to attend school, his family moved to the city of Damak. “I was all excited, because going to school was a big thing for me, I always wanted to learn. So me being me I got dressed up all fancy, I combed my hair, and got ready for my first day of school,”  Subedi remembers.

Subedi was always aware he was a refugee, but thought of himself as Nepali, because he spoke the same language and looked the same as his Nepali friends at school. His teachers, however, did not think the same way, and sometimes singled him out to embarrass him in front of the class. Still, Subedi loved learning, and was a good student.

The family flew to the U.S. in November of 2008, and Subedi remembers seeing the Himalayas through the plane window. “I was staring out the window, seeing Mount Everest for the first time and wondering how my life was going to change,’ he says. “I understood that I was leaving everything I had behind.”

At first  he was overwhelmed in school, and had to both learn to speak English and overcome big cultural differences. “My mom packed me Chow Mein,” He remembers, “And during lunch everybody else was eating sandwiches. They said my lunch stank. I was embarrassed because I didn’t feel normal. When I went home I told my mom I didn’t want to bring lunch anymore, that I would just eat the lunch from school.”

Education in the U.S was very different from what he was used to in Nepal, and he was surprised by how kind his teachers were, even when he didn’t understand how to take a quiz and copied down all of another boy’s worksheet, including the other boy’s name. “When the teacher saw that and told me I had to redo it, I was scared, because I was expecting some form of punishment, like is she  going to hit me with the stick?,” he says.  “But I was completely blown away by how nice the teacher was.”

With help from his teachers and four years of ESL classes, Subedi continued to enjoy school. “School was my favorite thing to do, because I got to interact with all kinds of people, and I made brand new American friends. I just loved learning,” he says.

During elementary school his family moved to Beaverton  and, even though he still loved learning, Subedi struggled during middle school due to a lack of math fundamentals.

“At that point I kind of strayed away from school,” he admits. “I didn’t really see a future in higher education, I considered myself not very smart, especially in math, and I just felt different compared to all my peers.”

Subedi lost much of his interest in school, and in freshman year of high school he failed a test during a Pre Biomedical Sciences class.

“When I failed that quiz, something just snapped inside of me,” he remembers.  “I had a self-reflection on who I wanted to be and who I was as a person, and I decided I’m not going to be a failure in other people’s eyes. So then and there I decided to change.”

He graduated from Beaverton Health and Science High School l with a 3.8 GPA, a year of college credits, and a dream of becoming an orthopedic surgeon.

“Something that made me want to change was the stereotype of refugees, that they aren’t smart and they can’t achieve great things, or that they’re just bringing America down, and I wanted to change that stereotype,” he explains.

“I joined the National Guard because I wanted to help out my community here in Oregon, but also serve the nation, so I can do both,” he says. “And not only that, but I can pay for my tuition for college too.”

Subedi is now a sophomore at Oregon State University, majoring in biology with a possible minor in psychology.

“In the future I see myself accomplishing great things in medicine,” he says, “And just generally educating myself further and further, not just in medicine but in everything else too.”