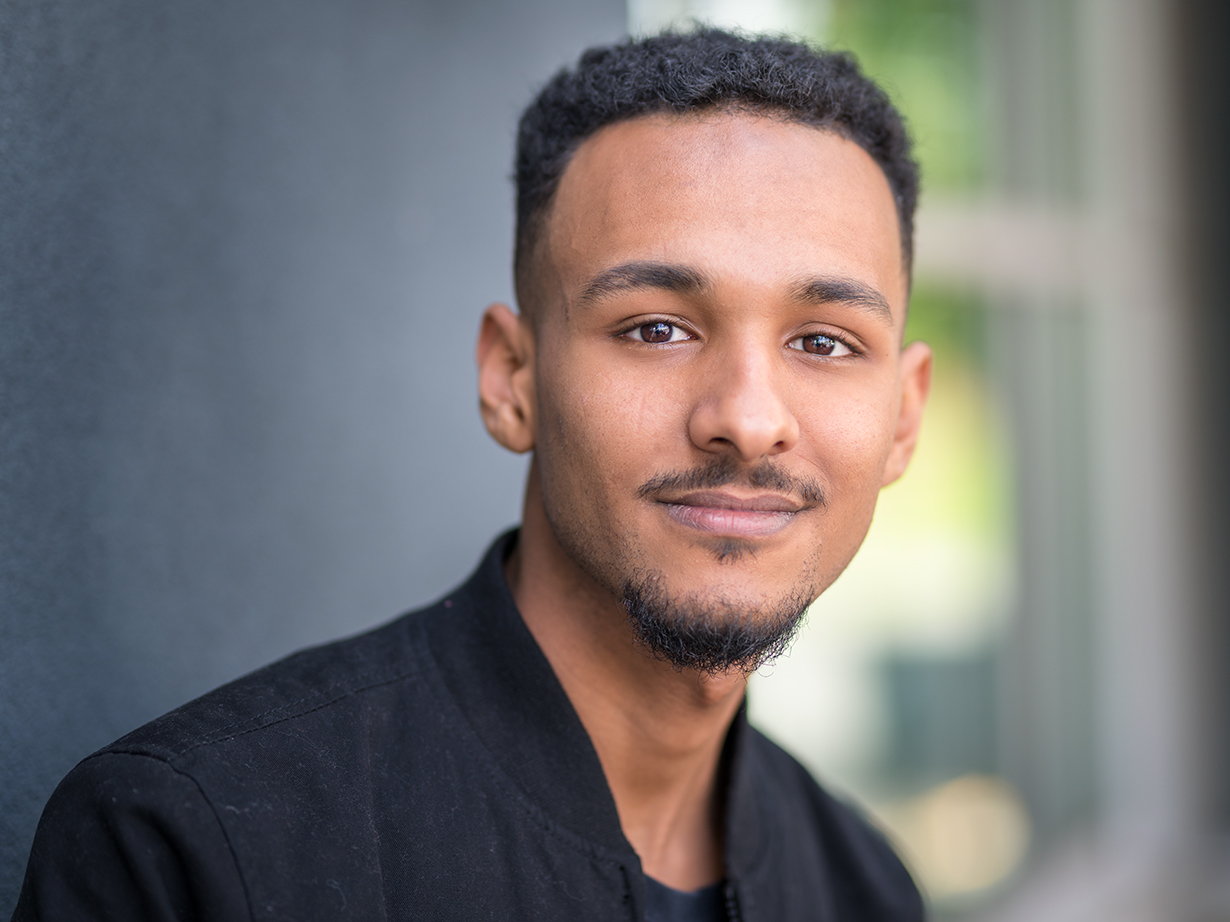 Life in calm Clackamas, Oregon, where Hamada Haaji Chamada lives with his family is very different from the war-torn city of Mogadishu, Somalia,  where he was born. At times his family couldn’t leave their home for fear of being killed. “We would hear gunshots every two, three hours,” said Chamada, 20. His parents and five siblings would never leave the house in late afternoon Chamada recalls, “you can’t be outside after 6 or 7. It gets dangerous.”

Growing up in the midst of war, Hamada–the middle child of six and a first-generation college student– learned to appreciate simple luxuries such as getting an education. Hamada was a good student, especially when it came to studying history and the English language. After school, he played street soccer with the neighborhood kids and hung out at the corner store, where a friendly clerk he called “uncle” would give him free candy.

His father took odd jobs, working as a handyman and sometimes a mover. His mother baked sweets and sold what she could to make ends meet. Somalis were terrorized by militant groups such Al-Shabaab who killed thousands of civilians, including some of Hamada’s own family members. But Hamada tried to make the best of things, “I knew what was going on,” he said. “But I wasn’t really paying attention because I was a child.”

In 2006, Hamada’s family joined scores of other Somalis in fleeing their country. They headed first to Egypt. Hamada, then around 7, was not sure where his family would end up, but wherever it was he knew it would be better than the place they were leaving behind. “They told me we were going to a better place, a safer place,” he said.

Taking only bare necessities, the Chamada family boarded a small boat for a dangerous, five-hour journey across the Red Sea. A two-day bus ride followed before the family walked for two days to reach a refugee camp in Cairo run by the United Nations Human Rights Commission (UNHRC). In 2008, Hamada enrolled in school and quickly picked up the Arabic language. “Egyptian people were nice, friendly and good to me,” he said. “They were welcoming with open hands.”

Life was improving until the Arab Spring of 2010 brought coups and riots to Cairo, forcing schools to shut down. Violence seemed to follow Hamada’s family wherever they turned. In 2013, Hamada’s family applied for refugee status in the U.S, and their request was granted a year later. When asked where they would like to transfer, his parents chose Oregon because their eldest son had been living in Portland for three years.

Arriving in the U.S., he had no proof that he had received an education in Egypt or Syria, and so he was held back for two years. Hamada was almost 20 when he graduated from David Douglas High School and was accepted into Portland State University with a full-ride scholarship. In order to prepare for college, Hamada plans on attending a summer program called Summer Bridge.

Today, Hamada is very sociable and well-liked. He enjoys comedy and earned a mass social media following making comedy videos. He says humor is a way he copes with his the past.

After three years in the U.S, Hamada is grateful for the help he has received as a new immigrant and hopes one day to return those favors. He dreams of becoming an ESL teacher so he can help his community the way people helped him. “Helping is something good, like giving,” he said. “When I came here, nobody said ‘why should I help this Somali kid?’”