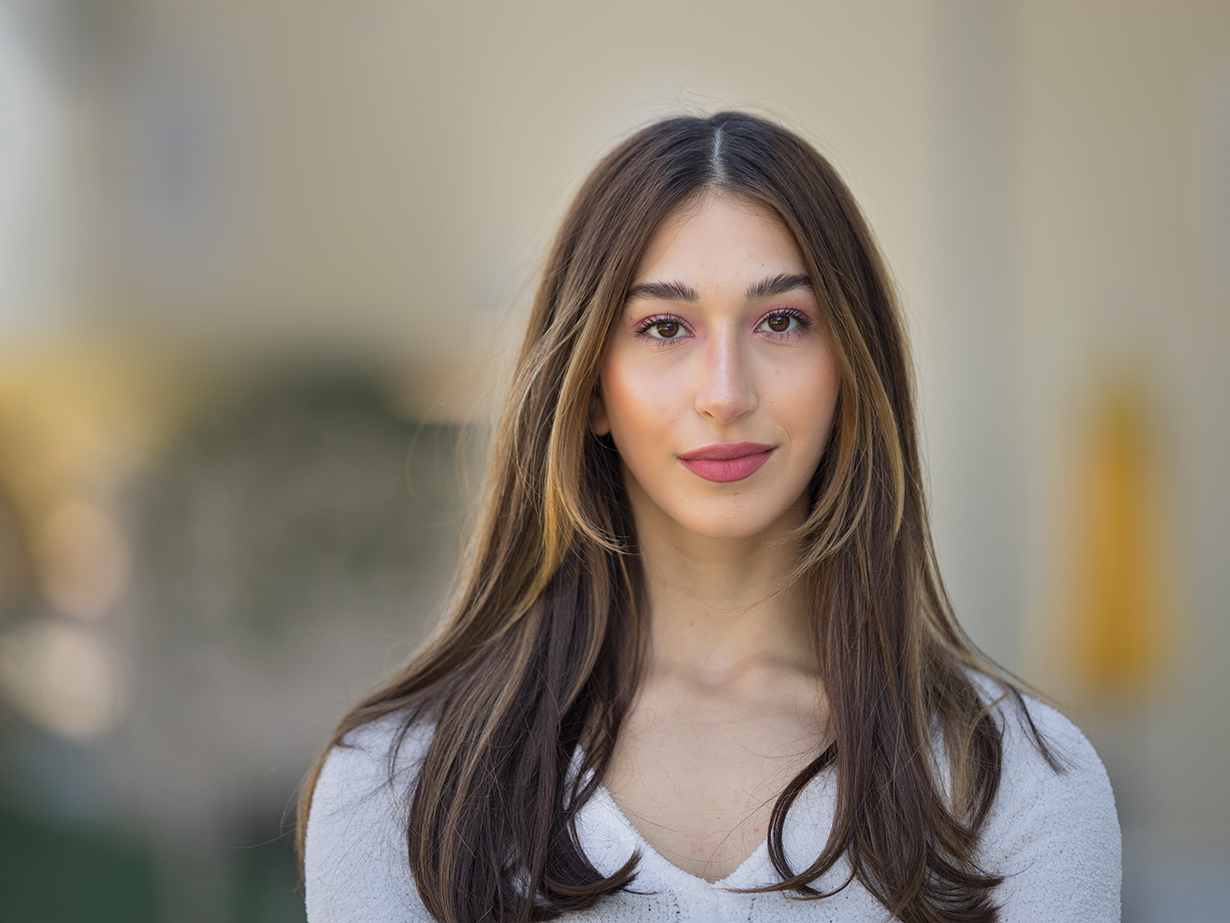 When Rama Yousef was born in the Syrian capital of Damascus in 1999, her father cursed and cried tears of frustration. She was his fourth child and not the son he had hoped for after three girls. But eventually he opened his heart and named her Rama for the floor of the holy Kaaba, the holiest shrine in Islam, located in Mecca, Saudi Arabia.

Rama was born into a big family that was known in their community. Her mom hailed from the city and her dad came from an outlying farming community.

With no sadness or self-pity in her voice, simply a tone of realism, Rama recalled her upbringing. “I didn’t grow up in a healthy family at all,” Rama said. “It was terrible, actually. Growing up, all I (did) was seeing them fight, fight, fight.”

Those fights often got physical.

When Rama was five, her mom moved to Damascus. Her father stayed in the suburbs, but they did not divorce, reasoning that they would stay married until the girls got married.

Even as a child Rama felt the sting of sexism in Syria. Women and girls led restricted lives.

“I wanted to play in the streets with all the other kids,” Rama said. “My mom would tell me, ‘You’re a girl, you can’t do that.’”

Quietly, Rama rebelled. She secretly named herself Hassan — imagining that as a boy she could wander the streets, play with anybody she wanted and grow up to be somebody. She had short hair, was loud and full of energy and she tussled with the boys around her.

“I was literally a tomboy,” she said, constantly defying the expectations her parents held for the daughter of an upper-middle class Syrian family.

One day, when Rama was in middle school, her father affectionately called her “Baba,” and told her that “you need to wear the hijab.” But Rama had other ideas. She chose not to don the traditional headdress “not because I am not a Muslim. [But] because I don’t want to.” Her father never asked her again to wear one.

In 2011, the Arab Spring revolutions turned Syria into a battleground between its citizens and their government. Rama recounts how the fight began simply with four little boys graffitiing an anti-government message, only to be taken and tortured, three of them dying.

Frequent home searches by pro-government forces bred fear and paranoia. In their search for alleged rebels, government vans carrying armed military personnel could arrive and strike out at citizens at any time.

By the end of 2011, gunfights came so close to Rama’s home that they echoed loudly in her house. There were car bombs in the city daily. The sounds of machine guns and car bomb explosions became louder and more frequent.

Each day, Rama said, she felt that “I am going to die today, it is over and today is going to be my last day.”

When a bomb exploded close enough to Rama’s school to shake the building, her mother decided Damascus was no longer safe for her daughter. In early 2012, Rama was sent to San Diego to live with one of her older sisters, who had migrated to the U.S. after marrying a Syrian American, while her parents stayed behind.

Rama found herself lacking even the shaky parental support system she had in Syria. Rama faced the first day of eighth grade in a strange school, speaking only barebones English. She listened to students chatter in her English as a Second Language (ESL) class in dozens of unfamiliar languages. She made it her business to apply herself to studying English, and within a year she had left ESL behind.

By the time she was ready for high school, Rama had moved to Portland with her sister. Rama surveyed her options for high school and decided to enrol at De La Salle North Catholic High School.

Rama’s powerful sense of determination has paid off. Today at 18, she is a proud high school graduate who will attend Cal Lutheran University in Southern California this fall on a full scholarship. Her goal is to major in biology and eventually, to become a dentist.

“At the end of the day,” she said, “it’s what you put in this world (that matters). It is about what you are and what you give to this world.”