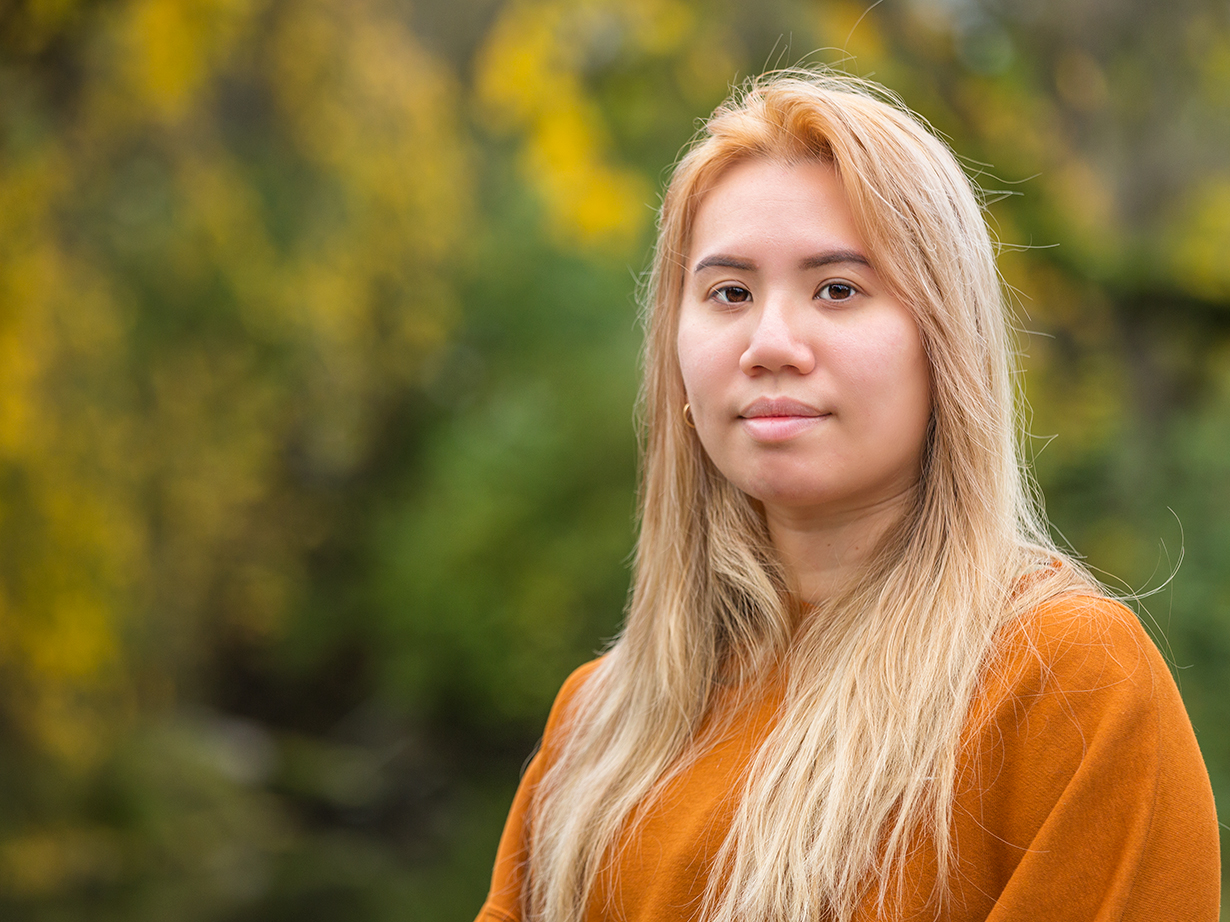 “One day, I looked around, and everyone looked the same,” says Emery Thanathiti, describing her reaction to moving to Hong Kong as a teenager. “But I wanted to be myself. So I dyed my hair, and others started doing that, too.”

“My father is Thai, and my mother is Chinese from Hong Kong,” she explains. “They met in Australia, where they were both studying.”

The family lived in a high-rise apartment in Bangkok, but often spent time on her grandparents’ farm.

“My earliest memories are of Kanchanaburi,” Thanathiti says. “I remember lots of tall grass and huge spiders; (the farm) stretched out for miles, and you could see the stars because there was no light pollution. I think I love Oregon so much because it reminds me of Kanchanaburi.”

When she was 4 years old, Thanathiti’s mother began homeschooling her. She was a strict and demanding teacher.

“Sometimes we would study until 3 a.m. if that was what my mother had energy for,” Thanathiti remembers. “She told me once that her dream was for me to win a Nobel Prize and say, ‘Thank you, mom.’”

Although her homeschooling was difficult, Thanathiti loved Thailand and was sad when she and her mom moved to Hong Kong after her parents separated.

“I was around 15 and all of my friends were in Thailand,” she remembers. “I did not like Hong Kong. I love it now, but I hated it then. I was so depressed. I tried to convince my mom to let me see a therapist. But mental health was so stigmatized.”

“(Even now) I find myself juggling the Eastern and Western mentalities surrounding mental health,” she says. “In Thailand, we are Buddhist, and are taught to handle our emotions. But when it comes to PTSD and depression, it is important to acknowledge its existence.”

Eventually, Thanathiti’s grandmother convinced her mother to allow the teenager to attend school. For the first time in her life she was able to go to classes, attending community college. This allowed her to begin expressing herself through fashion and nontraditional gender attire.

“I was so weird and different because I dressed like a guy and was the first person in my school to dye my hair blonde,” she says, “Everyone knew me. I would dress like guys from popular Japanese boy bands.”

While Thanathiti reveled in her newfound confidence, learning in a Cantonese classroom was a challenge since English was her first language. Her GPA suffered.

During her second year of community college, Thanathiti joined the taekwondo club.

“That is where I made really good friends and met my boyfriend,” she says.

Thanathiti’s boyfriend was planning to travel to the United States for college. The idea sounded good to Thanathiti, too.

“With my grades, and considering how competitive universities were in Hong Kong, I didn’t think I had a chance there,” she says.

Thanathiti attended Iowa State University in Ames, where she majored in English and theater arts. After three years there, she transferred to the University of Oregon in Eugene for her senior year. She then earned a master’s degree in journalism from U of O. She currently works at an independent film studio in Portland.

As a bisexual Asian woman who lives with mental health challenges, Thanathiti is an activist for LGBTQ+ rights, as well as an advocate for mental health and racial issues.

“I recently got interviewed by Vice magazine about a viral TikTok I made where I discussed feeling objectified as an Asian woman,” she says. “I also wrote a short (film) about dating in America as an Asian woman.”

“I have three sides, from my three countries,” Thanathiti says. “But my American side is the most authentic. I feel like here I can talk about issues of gender, mental health and racism, and I want to be part of changing attitudes about those issues.”