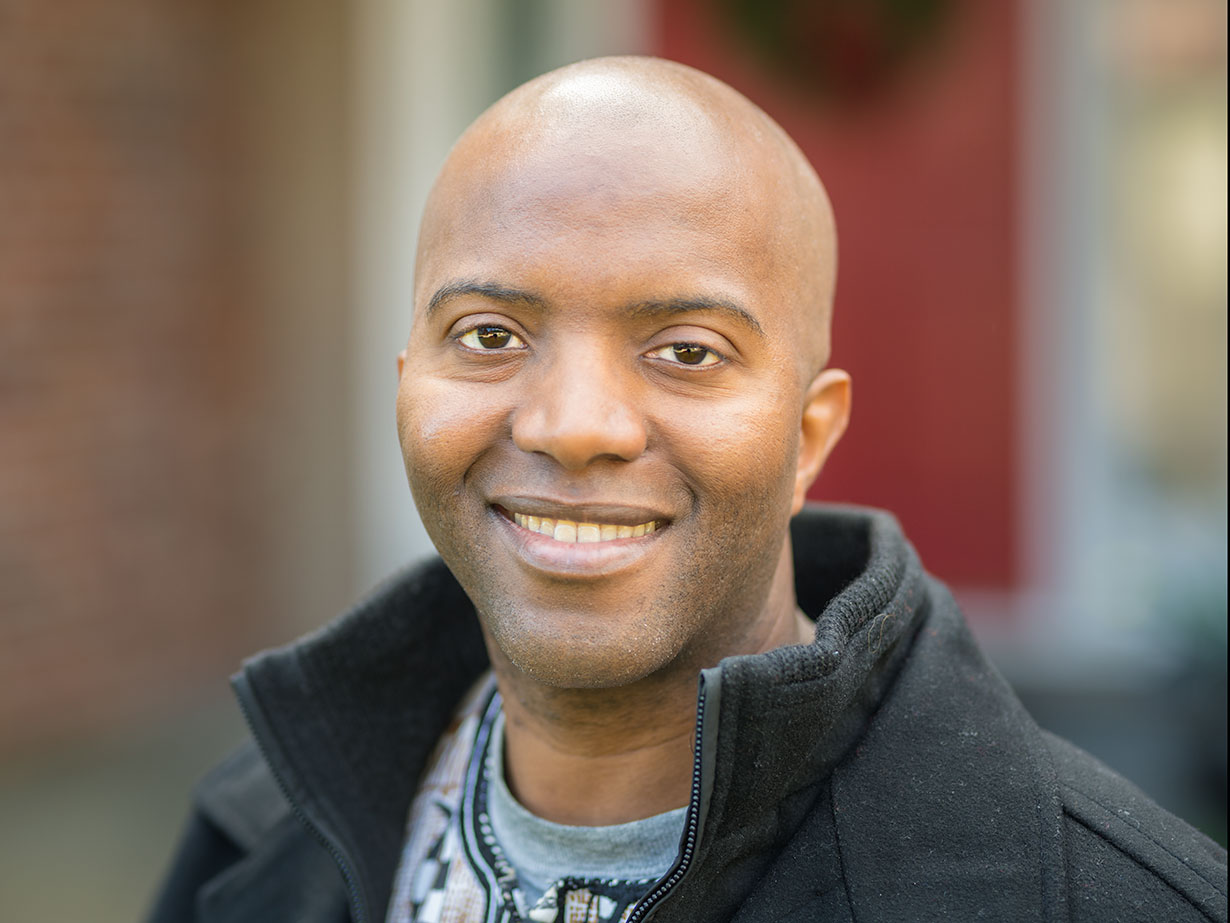 When Bukhosi Dube recently took a big pay cut to work as a physician at the Multnomah County Health Department, his goal was to ultimately find work in publichealth.

“There’s always this notion of how can I help society, how can I be useful to my fellow beings,” he told the Immigrant Story in February.

In April, Dube was named Senior Health Advisor to the Oregon Health Authority, (OHA), where he’s working with a team that provides guidance to physicians and medical institutions on how to address the COVID-19 crisis.

“I’m excited. This is what I wanted to do,” he says of the OHA appointment.

Born in 1977 in Matobo, Rhodesia, which was still subject to apartheid laws, Dube spent much of his early childhood with his grandmother, who cared for him, his siblings and cousins in a rural area. Meanwhile, his parents worked in the town of Victoria Falls.

In 1980, after Rhodesia attained independence from Britain, the country was renamed Zimbabwe.

“Before independence in 1980, it was a similar system to Jim Crow or apartheid,” he says.

Before and after the country’s independence, Dube’s father played an inspirational role in his life. It was nearly impossible for his father to gain college degrees in Zimbabwe because he was black. Yet, his positive attitude helped him move up the ranks of the Green Marketing Board–a government-owned entity that regulated grain trade–where he became a senior manager.

“(My father) could be in the worst situation you could imagine and would find something positive about it,” Dube recalls.

Five years after independence, Dube’s family moved to a suburb of Harare, buying a house with a pool. The suburb had been mostly white but more blacks were moving in, and Dube’s friends–black, white and “colored,” or mixed race–often swam at his house.

But the transition to a more integrated society wasn’t without challenges for Dube.

Shortly after independence, Dube faced discrimiation. Because of his father’s ethnicity, he was labeled a Ndebele, one of two main ethnic groups in the country. He was actually a “true South African mutt,” both Ndebele and Shona, he says.

Between 1981 and 1987, the Mugabe government massacred Ndebeles in large numbers. When Dube was four or five, he and other relatives living with his grandmother had to lie flat in corn fields to avoid gunfire.

In school, he was always at the top of his class, but his black teachers assumed that as a Ndebele, he was cheating.

“I just brushed it off,” Dube says. “My thing was, ‘I’m just going to work hard.’” He built a flashlight from batteries and wire, and read at night.

“I realized I needed to go to a different system, and I applied to college here in the US.”

Dube was admitted to Navarro College in Texas. He wanted to study medicine, but was told that it was difficult for international students to go to medical school.

After Navarro, Dube studied chemistry at Michigan State University, then enrolled in a PhD program in molecular biology at the University of Utah, where he spent a lot of lab time with mice.

“My passion is for human beings,” he says. With that realization, he decided to pursue medical school, and was accepted in the University of Utah’s program.

A former biology professor suggested Dube rush off a grant application to the Jack Kent Cooke Foundation, which advances the education of promising students with financial needs.

Dube quickly put together his application–due in just a few days–and was awarded $300,000 to help pay for medical school.

While he received help from people like the biology professor, he experienced racism from others.

“When I was living in Texas, I used to go to mass a few times a week. The church was packed, but nobody would sit in my pew.” At a Portland hospital, he overheard one patient telling a nurse, “I’m going to shoot that nigger.”

When these incidents happened, he reminded himself he had a choice about how to respond, reflecting his father’s positive attitude.

Now, working for Multnomah County and OHA, he’s doing exactly what he had hoped to do: making a difference in the lives of others. Dube is also a frequent volunteer and now serves on the board of Greater Than.

His message to immigrants and youth: “If a Zim kid like me can come in against all odds and become a physician, it’s possible for others to do it, too.”

4 thoughts on “From Zim Kid to COVID-19 Advisor”