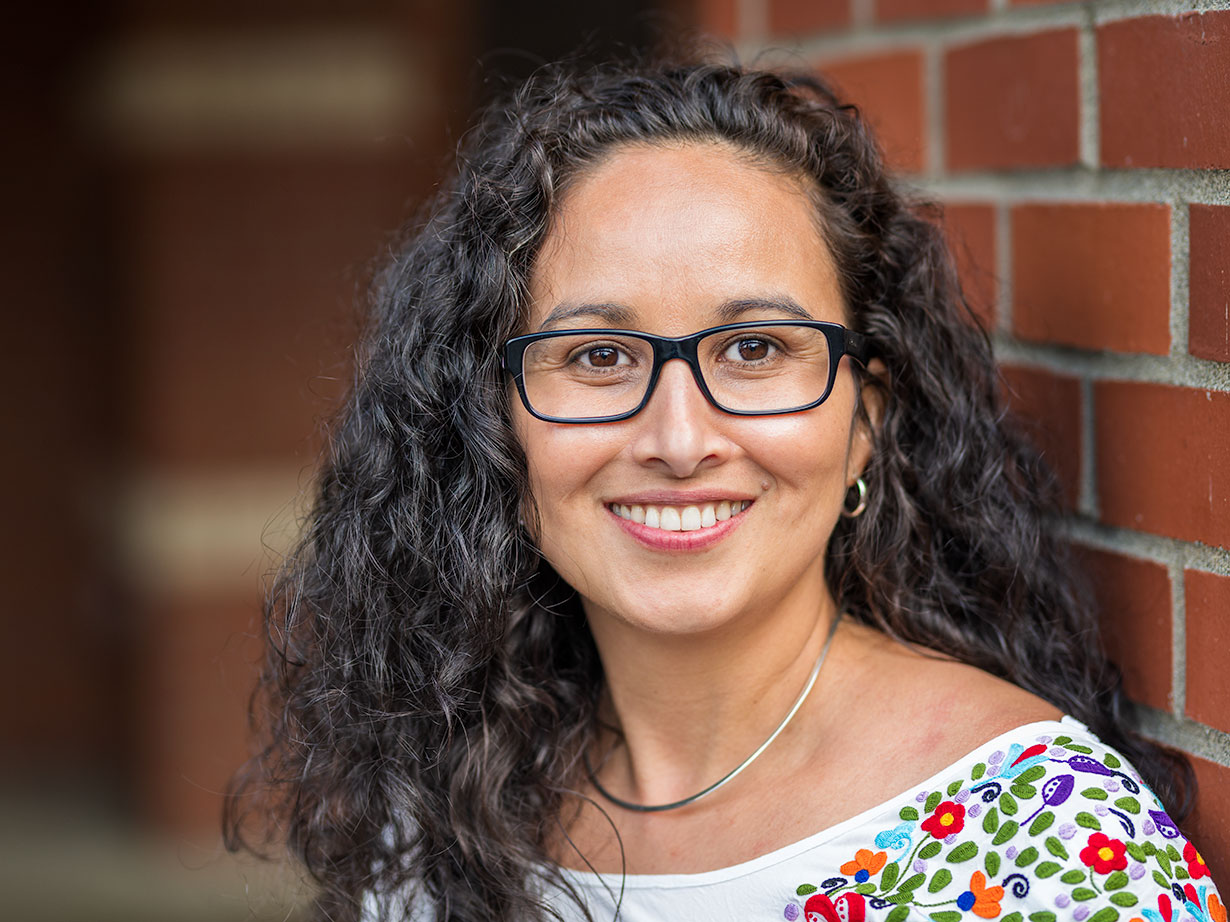 Ruth Zúñiga has a clear philosophy about the importance of being resilient and open to opportunities.

‘Life is like a ride in a bus,” she muses. “You can have a positive attitude and talk to people around you. Or you can not engage.”

Zúñiga was born in Aguas Claras, a small rural town in Costa Rica, in 1979. She likes to say, “My whole town raised me. My memories of home tend to always have that sense of community.”

As the top student in all her classes, she escaped through her studies. After high school, she worked as a secretary at a power plant. At night she attended the Latin University of Costa Rica, with a major in psychology.  At the power plant, she met her first boyfriend, Andy Soria. Her mom and the Aguas Claras community did not approve of their relationship.

When her mom found Zúñiga’s birth control pills, she kicked her out of the house. “I was not a pure woman anymore,” she says. Desperate for a place to stay, she called her boss at 1 a.m. That may have been all right for one night, but according to the culture in her community, a single woman staying at a man’s house was not acceptable. Soria had a solution.

The next day,when she answered the phone at the power plant, it was Soria. He said, “What about June?”

“I knew exactly what he was talking about,” she says, laughing. “I told him we’d marry in August.”

One year later, in 2001, the couple moved to Moscow, Idaho, so Soria could attend the University of Idaho. Soria wanted to finish his doctorate in wood chemistry and realized that rural Idaho would be a better fit than a busy city like Los Angeles, his other option. Zúñiga had already received her bachelor’s in psychology. She went on to earn her master’s degree in counseling and human services at the University of Idaho.

She longed to earn her PhD, yet few schools offered the psychology program she wanted. Then she discovered a program at the University of Alaska that focused on community and clinical psychology with an emphasis on rural and indigenous people. Soria  also had an opportunity at the university to finish his postdoc.  It was a perfect fit–even more so because, as a faculty wife, Zuniga’s tuition was paid in full.

The group therapy sessions she ran at an Anchorage clinic provided Zuniga with a sense of community.  She worked largely with Hmong and Latino refugees, and remembers the patient who came to her about a dream. “Doctora,” said the patient, “I think you’re getting off the bus.”

One day a mentor from the University of Alaska who had moved to Oregon told her about an opening for Pacific University’s Director of Latino Psychology Emphasis program. The mentor said, “Ruth, I don’t know if this position is perfect for you. But you’re the perfect person for the position.”

Zúñiga had never seen herself as a professor. “Service is my passion,” she insists. But when she received that message, she thought, “This is the answer. I’m getting off the bus to focus on training people to do the work that I cannot do by myself.’”

When Zúñiga interviewed at Pacific in 2014, she demanded that her husband also be interviewed. She accepted the position and became Director of the Latino Psychology Emphasis program. Andy became the Director of the Berglund Center, which specializes in design, innovative thinking, and entrepreneurship.

These days, as a licensed psychologist and clinical supervisor for students, Zúñiga spends most of her time working directly with the Latino community. “If we’re going to be working with immigrant communities or individuals of color, we are not expecting them to come to us,” she says. “We are going to them.”

Much of Zúñiga’s time in the United States has been spent in service to her communities. But there have been times when the community returned that same support and strength to Zúñiga and her family, whose six-year-old daughter is a cancer survivor. When Andy and Ruth had to go to work, these community members kept the fridge full and the house clean. They even made sure to walk the dog. Once again, Ruth felt the support of, if not a whole town, a kind of village.