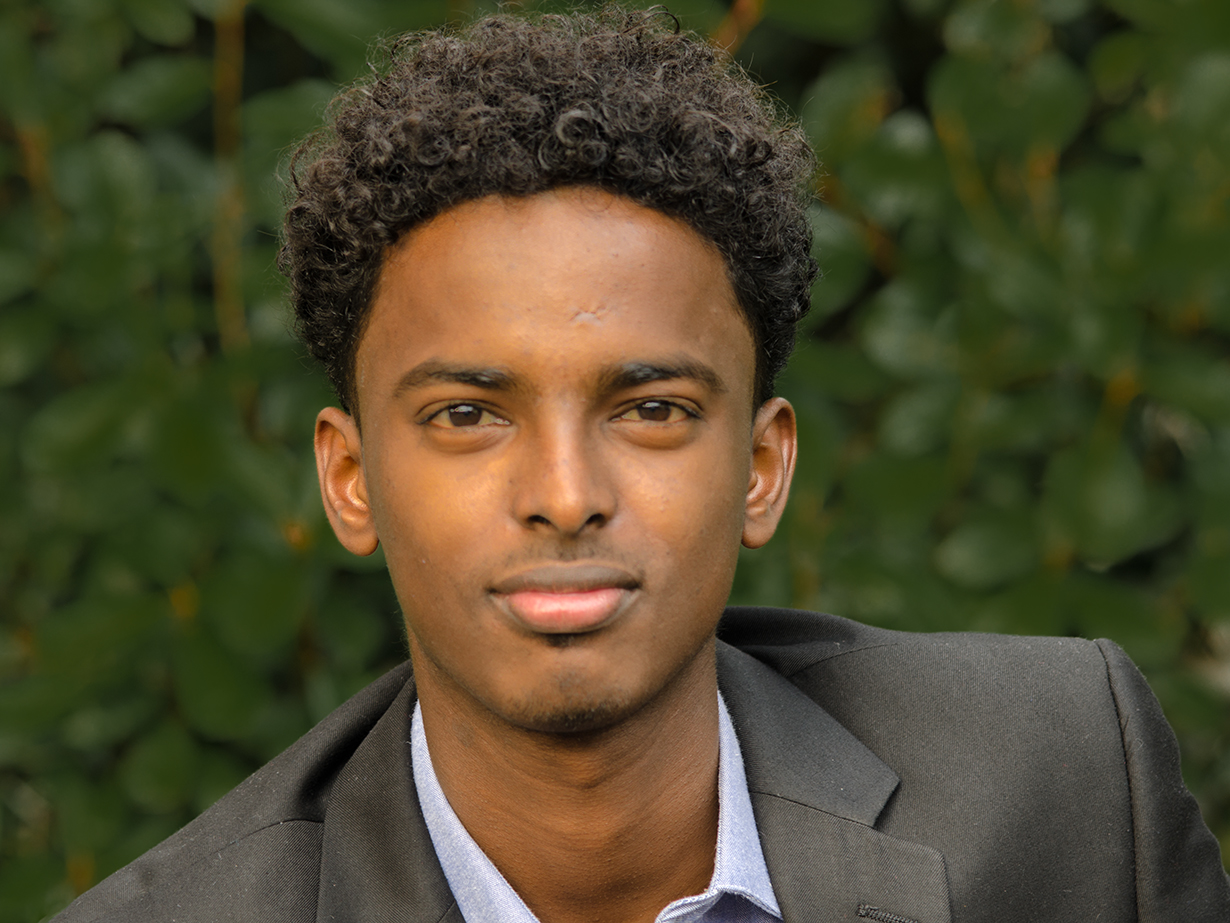 Daadir took his first steps on American soil just three years ago, at the age of fourteen. “A lot of immigrants that come to America suffered hardship,” he reflected. “That is not true for me.” Born in Somalia and raised in Kenya, Daadir’s journey and transition to America has been one of creating and capitalizing on opportunities.

Daadir’s family left Somalia before he turned two, but prior to that, his father had already left to immigrate to the United States. A loving extended family raised Daadir in Kenya. Money sent by his dad provided him with everything he wanted. Family, school, and daily soccer games with friends defined his childhood.

When Daadir was ten years old, his father returned to Kenya, with his stepmom, for a visit. His father had settled in Atlanta, Georgia and started a new family.  During his visit, the foundation was laid for Daadir’s eventual relocation to the United States. Finally, four years later, after completing his junior year of high school in Kenya, Daadir packed his belongings and arrived in Atlanta, where he reconnected with his father and met his siblings for the first time. Having learned English in Kenya, the transition to high school in America was comfortable, and he began high school as a second semester junior.  At times, Daadir found U.S. schooling to be less demanding than it had been in Kenya.

A dedicated runner, Daadir joined his high school cross country team. Their practices were often tests of endurance. They ran up and down hills for miles and miles, despite the pain and exertion. “You keep pushing and believe in the highest you can achieve,” Daadir recalls. The effort and motivation of his team culminated in a state cross country championship his senior year. He proudly wears a sizable ring that honors that achievement.

Taking to heart the message he received from his dad to never underestimate himself, Daadir applied to seventeen colleges nationwide. Accepted at thirteen schools, including two in Massachusetts that offered full-ride scholarships, Daadir ended up attending school in Oregon where family support was in place. His father had expressed reservations about sending Daadir off to a faraway place where he would be all alone. Daadir understood that his father had his best interests in mind. “Opportunity comes sometimes and goes, and there’s a reason why sometimes you don’t take things up,” he says. If he had gone away for school, he estimates he “wouldn’t be doing as well as I’m doing right now” without the support of family.

Co-enrolled at Portland Community College and Portland State, Daadir is studying marketing. After he completes his degree early at age 19, he intends to take a year off from school to work full time, gaining experience and saving money so that he can pursue a Master’s degree. He would like to capitalize on his love of sports and work for a large sports-oriented business such as Nike, Adidas, or the Portland Trail Blazers. Eventually, he plans to start his own business.

The drive for success extends beyond himself. Daadir is passionately engaged in student government at Portland Community College. His motivation and leadership is focused on creating opportunities for others to reach their highest potential. In all his endeavors, Daadir’s aim is “to be that person that tries to change people’s lives and have a positive impact.”