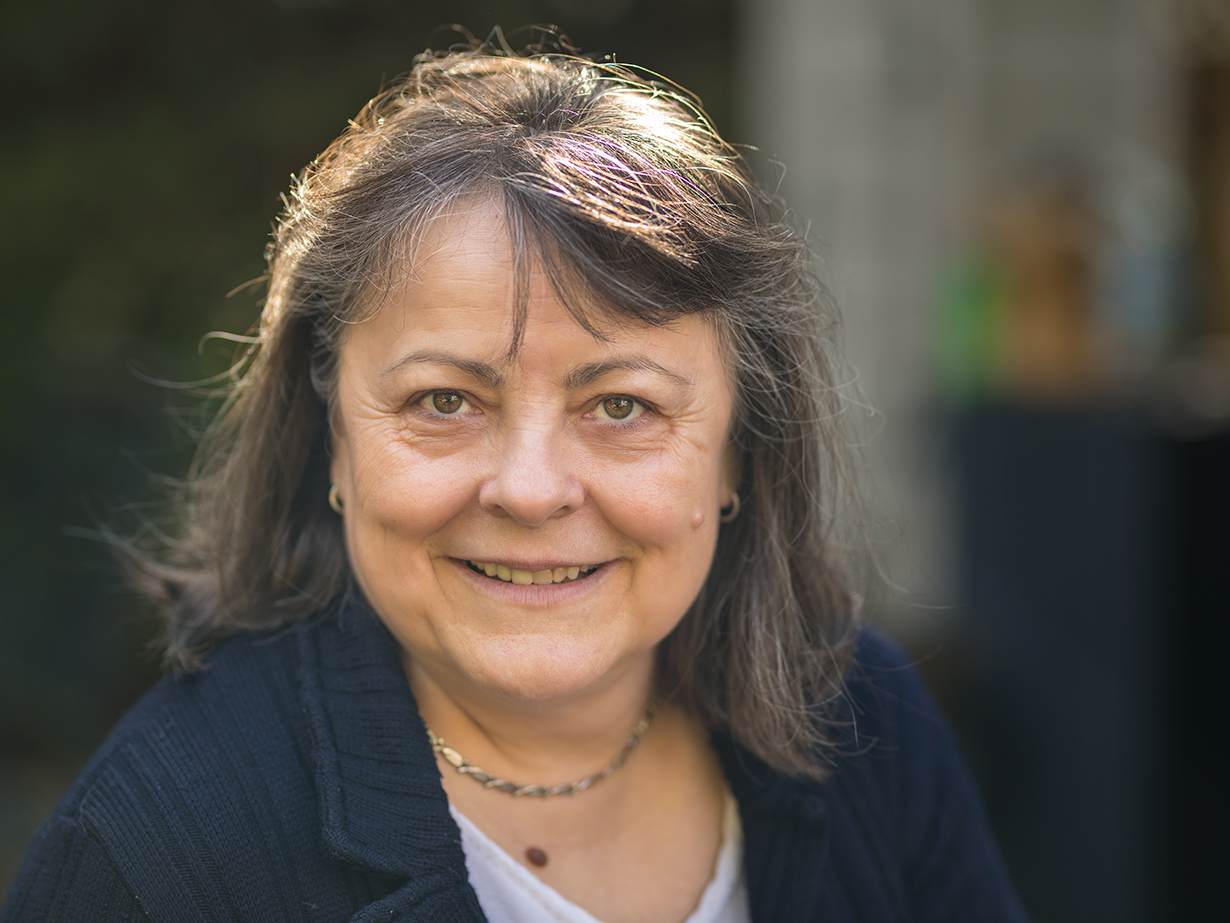 “Blue eyes, mustache, tall! I loved him,” says Anna Giurgiev. “And I still do.” She smiles, describing how she met her husband, Sava, when he waited on her in a watch repair shop and they married ten days later, on her nineteenth birthday.

Anna was born in Lapus, Romania, in 1958. She has idyllic memories of spending summers with her grandparents in the mountains foraging for wild berries.

But growing up in communist Romania in the 1960s meant the family had to give most of their crops to the state. Her mother went to work on farms owned by wealthy families while Anna cared for her younger siblings. They were often hungry and cold. “You had to stay in lines for days to get black bread. We often didn’t eat in the evenings,” she remembers.

After a big country wedding, Anna and her husband had big dreams of living in the city, buying a car and going on family vacations. But rationing of food and gasoline increasingly restricted their lives.

As Serbs, Anna’s husband and his family had the right to get passports and they would often cross the border into Yugoslavia to buy meat, good bread and other foods not available in Romania.

But when the family began making plans to leave, they were overheard and reported to the police. Officials came and confiscated their passports, destroying their chance to even go shopping across the border. After that, they discussed their plans only in whispers in bed. Anna was reluctant to leave, but by then they had two little girls. Her husband insisted they should try to get out of Romania so their daughters would have more opportunities.

In May 1984, Anna, Sava, and their two young daughters had just taken their first family vacation to the Black Sea. Back at home, Sava said he needed to go to a nearby city with his friend, Gino, and would return the next day.

But he didn’t return. Instead, police arrived at the Giurgiev home. They demanded to know where Sava was. Anna insisted she did not know. Moments after the police left, Gino’s wife ran in, telling Anna to turn the radio up loud, and then whispering, “Sava and Gino crossed the border to Yugoslavia.”

Anna didn’t hear from Sava for another six months.

Finally, she received a call at the post office. She could barely hear Sava’s voice saying, “I’m okay…” before the line was cut. She would later learn that he had made it to Frankfurt, Germany, and received a U.S. visa from the American consulate. He arrived in Chicago in December 1984, and found work as a machinist.

The family was finally reunited in 1986 when Anna and the girls were able to join Sava in Chicago. They lived frugally and worked hard; a box of cornflakes was a treat and Anna would have to leave the girls home alone while she worked cleaning houses. Her husband stayed with the girls in the evening while Anna went to nursing school. Weekends she did catering.

In 1989 they bought their first house. “I loved that house!” Anna says.

In 1992 she finished her nursing degree and a few years later they moved to Florida, where she worked in a skilled nursing facility and as an accountant in a friend’s small business.

Enticed by the mild weather of the Pacific Northwest, they eventually moved to Portland. Anna still works in nursing but mostly in administration and her husband has retired. Their daughters have finished college degrees and started successful careers. They all return to Romania to visit family every couple of years.

“We have accomplished our dream and got what we wanted for our girls. That was the most important thing to us,” says Anna, with tears in her eyes.

“If you immigrate anywhere, you cannot expect anything for free,” she concludes. “You have to work hard, do your best, contribute to the community.”