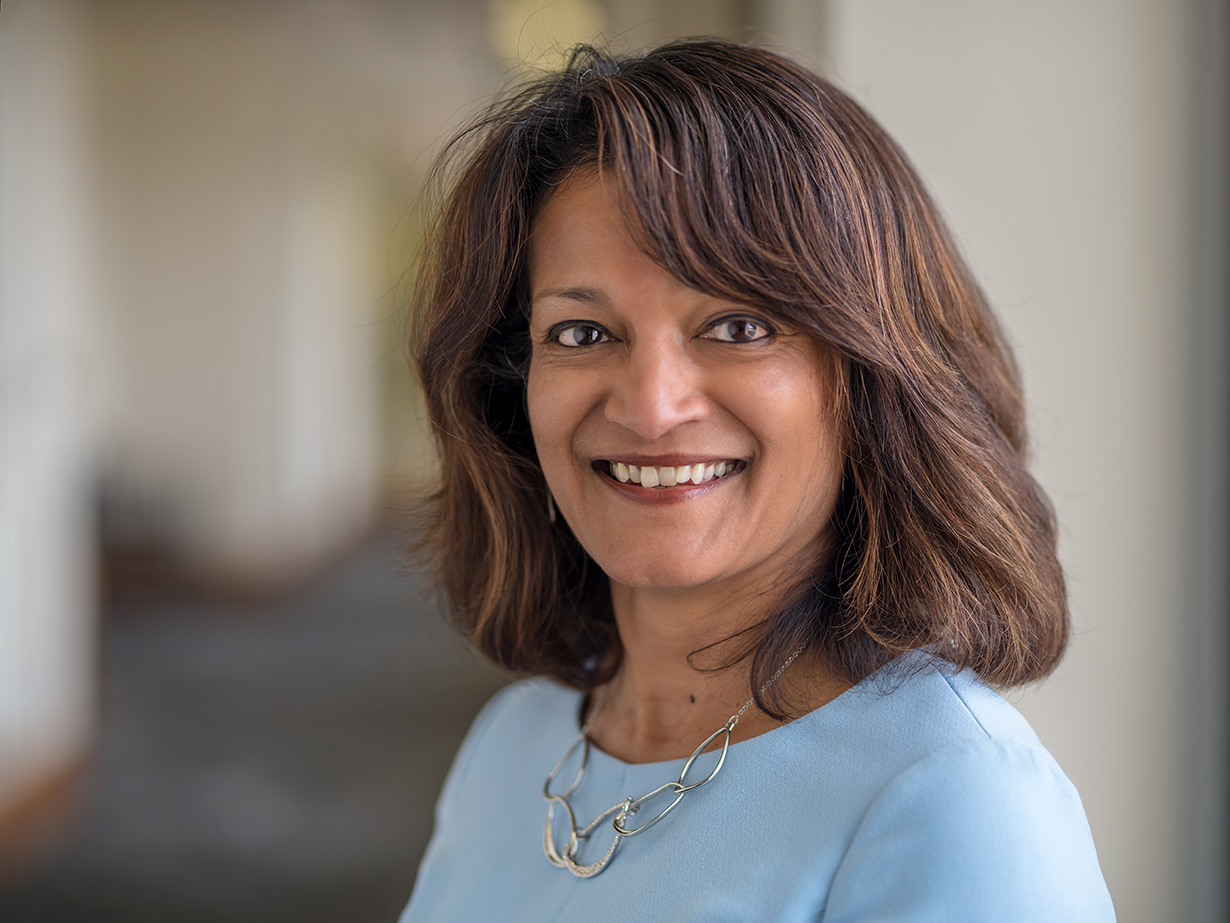 “I’ve never been a person who had a plan about what they’d be doing in 10 years,” says Susheela Jayapal, Multnomah County’s District 2 Commissioner. “I just do the best job I can at the moment and then figure out what comes next.”

Born in Coimbatore, India, in 1962, Jayapal describes her family as belonging to a striving middle class. Her parents were the first in their families to attend college.

“We didn’t struggle for food and shelter,” Jayapal says. But because of her parents’ background, she also recalls, “there was always a perception of financial insecurity.”

Her father, a mechanical engineer, worked for a number of companies, causing the family to move several times throughout Asia. The family went from Coimbatore to Bangalore, India. Then, when Jayapal was 7, they moved to Jakarta, Indonesia, and later Singapore.

Eventually, her family returned to Jakarta, where Jayapal finished her high school education at an international school. She loved literature and writing, but knew in college that she would have to take a more practical route. Graduating at the young age of 16, Jayapal decided to attend college in the United States, choosing Swarthmore College in Pennsylvania, just outside of Philadelphia.

Accustomed to the temperate climate of Southeast Asia, Jayapal stocked up on winter clothes to prepare herself for the U.S. East Coast. However, she recalls, “when I arrived at Swarthmore in late August, I was wearing corduroys, a turtleneck and a down coat in 90 degree weather.”

Her winter clothes, however, were not the only thing that made Jayapal feel out of place. After spending her high school education in the diverse classrooms of international schools, Jayapal says, “It wasn’t until coming to the U.S. that I felt like I stuck out in any way.”

Swarthmore’s population was largely white and affluent, and Jayapal was just one of a handful of Indians attending the school.

“It felt lonely,” she says, recalling the burden of being labeled a foreign student and having to quickly grow familiar with U.S. customs.

However, she soon made friends, graduated with an economics degree and, at 20, landed a job on Wall Street with investment banking and financial services company, Goldman Sachs.

“I did not enjoy the work,” she confessed.

Tired of the grueling hours of a job that no longer interested her, Jayapal decided to go to law school, remembering how much she loved reading and writing during her previous studies.

In 1985, Jayapal moved from New York to attend the University of Chicago Law School. After passing the bar, Jayapal worked as a litigator in San Francisco, married and had two children.

In 1994, Jayapal and her family decided to move to Portland, where she became head of Adidas’ legal department. While at Adidas, Jayapal created a system to ensure their overseas factories were abiding by the company’s labor standards. Her job, however, forced her to work long hours and travel often. Jayapal wanted to have more time with her children, but more so, she wanted a change.

“I quit because I wanted to do something different,” she says.

She began to get involved with nonprofits in the Portland community and found the work meaningful.

At the same time, Jayapal’s younger sister, Pramila, was becoming involved in politics in Seattle. Watching her sister’s arduous campaign, Jayapal admired the political process but never considered herself political material. As an introvert, she noted how socially exhausting campaigns were on candidates.

“I would never do something like that,” she remembers thinking.

However, her attitude soon changed.“The summer of 2017 was a gradual crescendo of mounting concerns, globally and locally,” she says. “And it all ended up overriding my reluctance to run for office.”

While campaigning, she scheduled downtime for herself in order to recharge.

“I like to talk about my introversion,” she explains, “in part to say to young women that you don’t have to fit a particular idea of what you think a politician should be like.”

With a career starting on Wall Street and veering into litigation, nonprofit work and now county politics, Jayapal followed her interests more so than she had ever planned.

“Don’t imagine that there is only one way to do something,” she says. “Find a thread and pull on it. Where it goes will lead you to the next thing. Just see what you can do. If it’s something you want to do, just do it.”