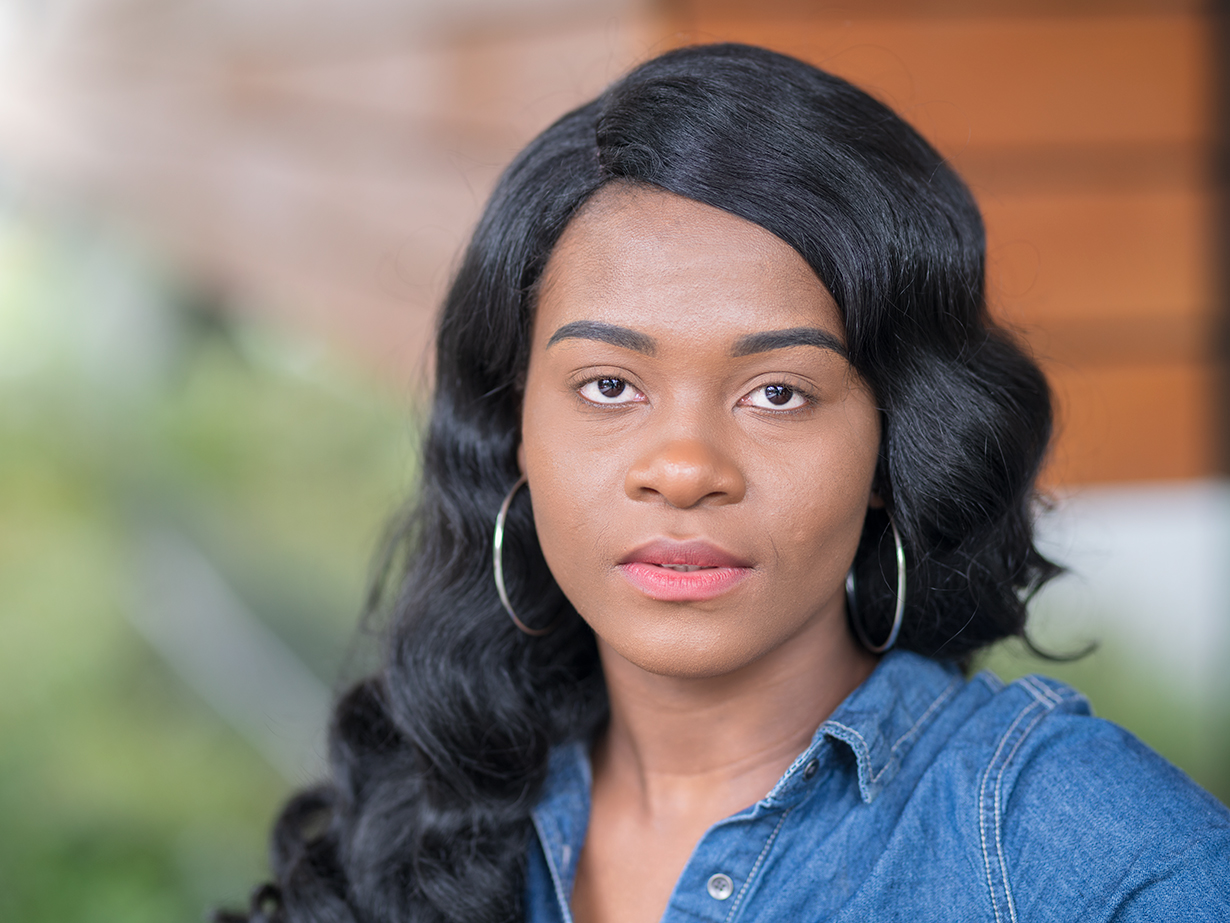 Jeanette Amisi Mmunga was born Tosha Kitungano, but has decided to answer to a new name — one she chose for herself.

Mmunga was born Feb. 19, 2001,in Nyarugusu, Tanzania, the biggest refugee camp in East Africa. Her experience there still haunts her.

“Growing up in a refugee camp, sometimes it feels as if you’re being punished for something,” she reflects. “I had to give up a childhood that I wanted so desperately. I had to grow up and start being mature at a young age, taking care of my siblings and doing all the chores that are required to keep the house going.”

Mmunga remembers being plagued with the trauma of witchcraft as a child, not being able to wake up from bad dreams.

Luckily, when her family was approved for resettlement in the U.S., Mmunga was able to live out the remainder of her childhood with more normalcy..

Mmunga arrived in the U.S. with her mother, Zabibu Amisi Mmunga, her aunt and her two brothers in the summer of 2010. They lived with her uncle in Boise, Idaho. Her father, Peter Emidi Mmunga, joined them a year later. Boise has a history of welcoming refugees, going as far back as 1975. It has been certified as a welcoming city by Welcoming America, a non-profit organization that supports cities in becoming more inclusive toward immigrants and all residents.

She was relieved to finally live the American life she had imagined, attend a good school and wear nice clothes. “It felt like a dream,” Mmunga says. “I thought to myself, ‘Wow, I can’t believe I’m actually riding on a bus that takes me to school.’”

When she was 14, her family moved to Portland, where she began attending George Middle School.

Her desire to give back led her to volunteer in the school cafeteria where she eventually started getting paid and shared her earnings with her family. “Every adult at the school knew me. I used to get attendance awards and honor roll awards,” says Mmunga.

In high school, she finally had the chance to run track after sacrificing her free time to babysit and help out around the house in middle school.

But junior year, turmoil enveloped her family after her mother gave birth to her younger sister prematurely. “She had two heart surgeries at three months old,” explains Mmunga. “I’ve always been responsible but at that time I had to be more responsible.” The added stress she faced resulted in Mmunga’s grades going down.

“I took night school to make up my grades,” says Mmunga. “My sister is two years old now and doing good.”

Mmunga’s grades improved and in her senior year she earned enough scholarships to get a free ride.

She says her slam poetry teacher and Black Student Union advisor, S. Renee Mitchell, inspired her to become a leader among her peers and promote social wellness. “Ms. Renee had this energy about her,” recalls Mmunga. “She was very wise. When she spoke, she spoke so well. She was the mentor I needed at the time.”

She became president of the Black Student Union, and volunteered with Key Club, Black Girl Magic club, and Youth Voices, where she mentored middle school students.

She explains the meaning behind her given name. “‘Tosha’ means ‘enough’, in Swahili. To me it’s a reminder that I am enough,” Mmunga says.

Recently she has found even deeper meaning in this name and explains that she has decided that “TOSHA” now stands for “The Opportunity to Shine has Arrived.”

Of her accomplishments, Mmunga is most proud of a club she and some high school peers founded called I Am MORE, which stands for Making Other Resiliency Experiences. “The foundation of our program is surviving trauma, and shifting the conversation,” Mmunga relates. “We all experienced some kind of traumatic event, but through that we found our resilience and we found our voices.”

Mmunga also is proud of a recent Facebook page she created to promote women’s health and educate young women about their bodies called Elimu for Girls. “’Elimu’ means education in Swahili. It is very important for us women to have a community that pushes us forward and encourages us through the various seasons that we are going through,” Mmunga asserts.

Five years from now she has plans to become a gynecologist. “I really have a strong passion for women’s health,” states Mmunga. She wants to build a clinic and give back to her homeland. “I also want to build a school and a community center in Congo or Tanzania.”

Now Mmunga’s focus is no longer survival, but rather infusing intentionality into every part of her life. “When you embrace your consciousness with a pure heart you light your path with intention. Know and own it — in this moment you are enough.”

One thought on “Taking the Opportunity to Shine”