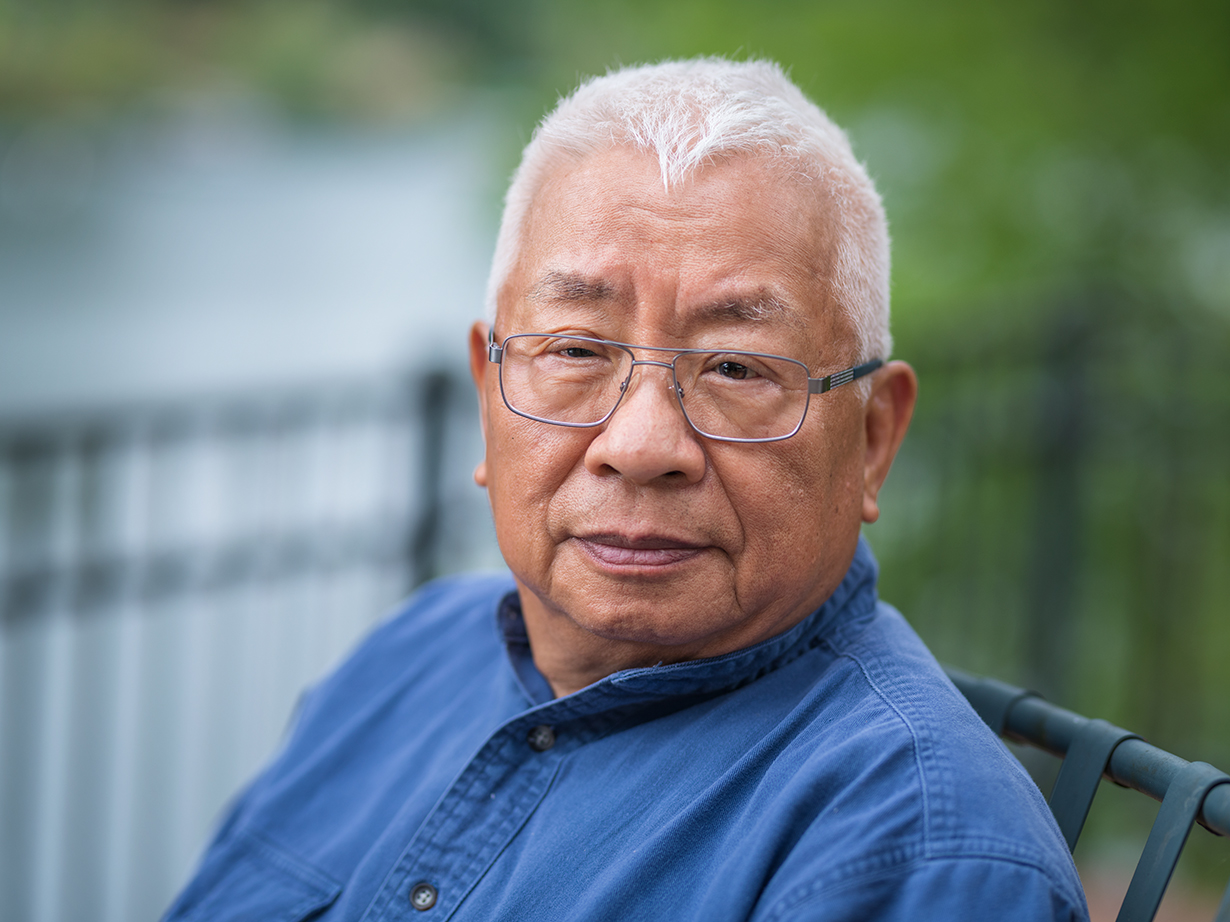 In 1960, Chang-Shee Chang’s pharmacology lab partner promised him a date with the runner-up of Miss Taiwan. He eagerly accepted. Alone in the theater where they had agreed to meet for more than half an hour, he figured out that she had cancelled on him.

His pharmacology friend was embarrassed, but also undeterred. He promised Chang a date with someone else. When Chang saw Hwei, he couldn’t imagine a more beautiful woman. He immediately counted himself lucky that his date with Miss Taiwan hadn’t worked out, an adjective that he says has defined his life, in love, immigration, employment, and beating cancer.

Chang was born in 1937 in the northern province of Yilan, Taiwan. As a small boy, he remembers playing with his friends in abandoned airfields, amid shells from Japanese and American forces.

“As kids, we didn’t know what kamikaze was and how many died in that particular airfield. But we had a good time,” Chang recounts.

In middle and high school, he recalls that Chinese students wore nicer clothes and ate better lunches than the Taiwanese — with more meat, at a time when Chang says even one chicken egg was a treat for him.

The era also brought what Chang characterizes as an imposition of Chinese identity on Taiwan, but he emphasizes that he felt “100% Taiwanese.” He also mentions dreading history classes because of the biased information he thought they contained and gravitating toward science courses instead.

Chang’s love of science led him to graduate from medical school at National Taiwan University in 1963. In 1960, he also met Hwei, and they married in 1961.

In 1968, he responded to an advertisement in a medical journal inviting foreign graduates to complete their residencies in the U.S., after hearing stories of classmates receiving green cards “just like that.”

He saw it as another lucky moment and chose a hospital in Baltimore, where there would be few Taiwanese or Chinese people and he would have to learn English.

There were also no Chinese restaurants in Baltimore, leading him to stock up on food in the Chinatowns of New York and Philadelphia. Chang notes that although Taiwan and China are distinct, they share similar cuisines.

After one year in Baltimore, Hwei and their children joined him. They moved to Norfolk, Va.  and received green cards in 1973 — another reason Chang considers himself lucky. In 1974, they relocated to Portland, where he was hired as a vascular surgeon, first at Kaiser Hospital in North Portland and later in Clackamas.

“I thought I was lucky — the U.S. was short of practitioners, nobody applied for the job, [and] I got a good recommendation [because of] a good background,” Chang explains. “But I think I was hesitantly accepted — I think they would’ve preferred domestic graduates, but nobody applied.”

Chang says that he can recall few personal encounters with overt prejudice in the U.S., but one stands out. When the board of directors at Kaiser voted on making him a partner, a friend on the board told him of a member who questioned whether the hospital should accept “more Orientals.”

He also gave up his name, as some Americans found it too challenging to pronounce.

“[In Baltimore] we’d get paged on the overhead, and the secretary told me one time, ‘Your name is difficult to pronounce, don’t you have a nickname easier for Americans?’” Chang recalls. “So I said, ‘You pick one,’ and she said, ‘How about George?’”

He used to return to Taiwan for presidential elections, but has not done so recently. Now, he definitively states, “I’m an American.”

“This country should be able to absorb more immigrants. In my opinion, over the years, immigrants contributed a lot to this country,” Chang explains.

His most recent lucky moment was in 2014, when he was treated for lung cancer. Along with early detection, he credits luck, as he always has.

“It seems to me every single incident or section of my life, I’ve never been unlucky,” Chang states. “The luckiest thing is meeting Hwei. The second-luckiest thing is leaving Taiwan, not knowing the future.”