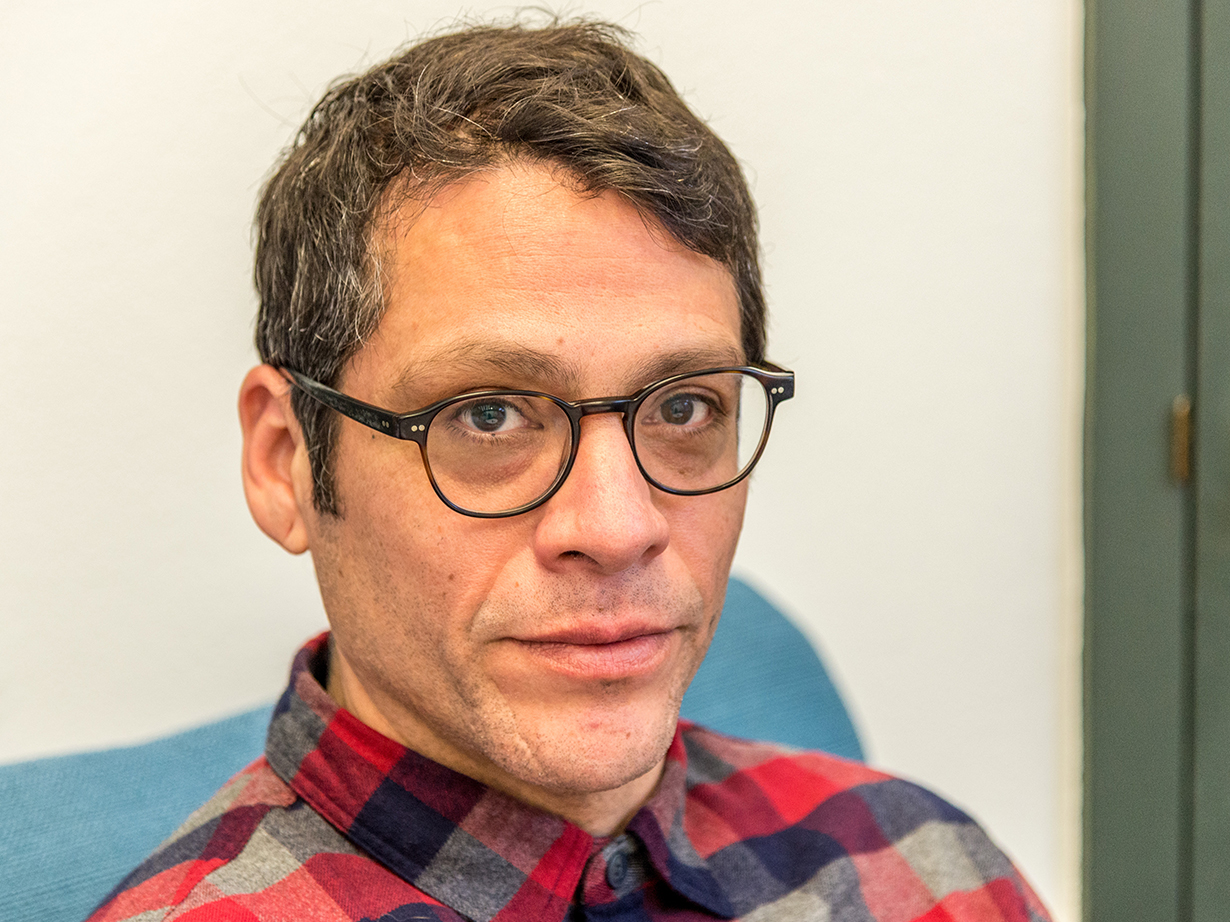 Contrary to the unobtrusive lifestyles of most immigrants, blending in has never been a priority for Victor Maldonado. Behind his signature blue mask, representative of Latin American wrestling culture, Maldonado puts on a performance to question and shake the status quo.

“I’m always the token Mexican,” Maldonado said. “At first it was devastating and infuriating at some points, but now I’m so joyful to be a body that disrupts the aesthetic patterns of the past.”

Maldonado is an artist whose story begins in the Mexican state of Michoacán. He grew up in a migrant family that would frequently travel between Mexico and California as field laborers.  When he was 6 years old his father received documentation paperwork and Maldonado was able to travel alongside him freely.

Maldonado’s parents always encouraged his pursuit of education, but the task was not easily accomplished with his lifestyle split between school in Mexico and the United States.

His family would stay in Mexico between three and six months each year, returning to California in the spring to begin harvest season. When Maldonado became a freshman in high school, the frequent trips began to slow down as his family settled into a more permanent life in California.

“As an artist, I’m always interested in upsetting the status quo, so I think being a new citizen and being an immigrant is a way to do that,” said Maldonado, who has an advanced degree in art.

After an incident in which Maldonado lost his wallet, he discovered that trying to replace his driver’s license and green card simultaneously was a task that was virtually impossible.

“The man at the DMV (Department of Motor Vehicles) told me, ‘Sorry, buddy, you’re nowhere. You’re nobody to us and we can’t help you until you have some form of identification.’ For me it was the last dehumanization that I could stand,” said Maldonado.

Action needed to be taken. The process was tedious and stretched on for roughly a year and a half. But Maldonado saw citizenship as a step towards personifying the message of a cohesive society that he depicts in his artwork.

Maldonado’s parents have grown visibly worn from the physical toll of field labor, and the generational divide between them and their son continues to grow. To his parents, the American Dream was accomplished through toiling in the fields. For Maldonado, his American Dream is through engaging with his community.

Now, Maldonado lives in Oregon with his family, far from the fields of Central California, in a life that starkly contrasts with that of his parents.

“Something my father told me recently was that if he knew that the American Dream meant he would lose his family, he wouldn’t have come here,” Maldonado said. “In my life as an immigrant, I had the fortune and the responsibility to make my own choices. It’s why I became an artist. It’s the only way that I knew I could be responsible for my own choices.”

Today Maldonado is a husband, college graduate, artist and citizen living in Portland with his wife and two daughters. His life of performance pieces and art is an ode to the field labor of his parents and extended family. His goal is to dispel stereotypes about immigrant workers through his art, which critiques the current culture.

In his trademark Blue Demon mask performance piece, he embodies a Latin American character that is angry at the Northwest. His intentional use of an iconic wrestler’s mask is designed to shift the power of knowledge towards the underrepresented migrant communities.

“I think, as an immigrant, and as a new citizen, I want to do whatever, anything I can in my power to squash those stereotypes, because they just prey on our fears and anger,” he said.

Maldonado plans to continue using his art as a platform to inspire conversations about stereotypes. He ultimately envisions a future for his daughters where community has replaced biases.