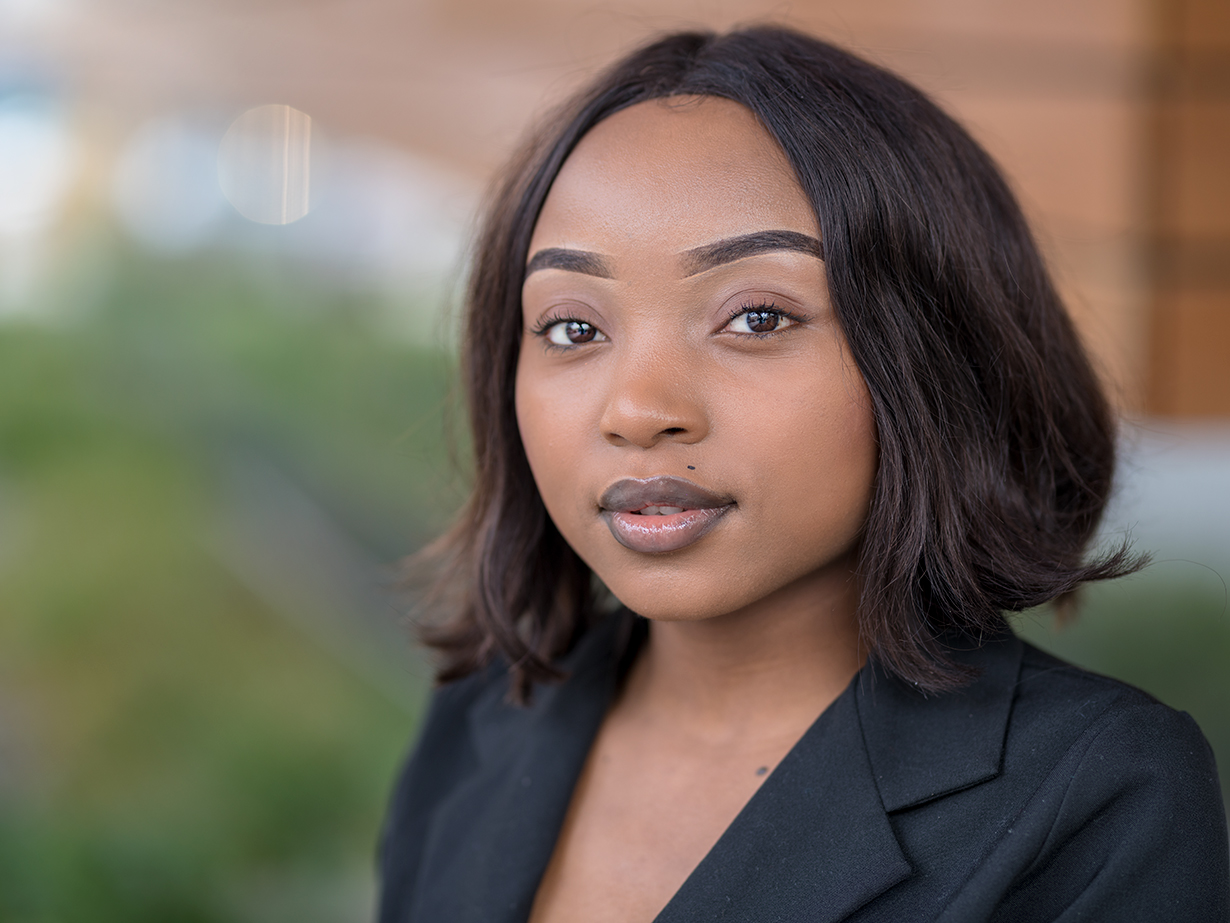 Like her journey as a refugee, becoming who she is today has not been easy for Irakoze Diane. That is why “Irakoze” is not just a name — it is a connection to her roots.

“In Burundian tradition, we take our family name as our first name,” she explains. Although born in the Congo, Diane identifies as Burundian, her ancestral homeland.

Shortly after her birth on Nov. 24, 1995, when war came, her family fled 1,400 miles from the Democratic Republic of the Congo to a refugee camp called Muyovozi in Kigoma, Tanzania.

“I was two weeks old, skinny and sick, strapped to my mother’s back as she and my father ran to safety with their five kids,” says Diane.

Joining a large-scale exodus from war-torn Congo as a baby and going on to live half her life in refugee camps made staying connected to her roots a challenge. She remained in refugee camps until she was 12.

“My grandparents died during the war between the Hutus and the Tutsis so my parents raised themselves,” Diane says. “They don’t really remember who they are.”

Still, her parents continued to speak their native language, Kirundi, at home — an effort that helped connect Diane to her family history. But the camp schools had their own set of linguistic rules. All the books were in French, as was classroom dialogue. “When the teacher came in, we had to greet him in French,” she says.

In 2007, Diane’s family was approved for placement in the U.S. After they received word of the placement, the family was bussed to the refugee camp, Kanembwa, in Tanzania. From there they flew to Kenya, and then on to the U.S. At first they stayed in the Portland, Ore., suburb of Milwaukie with a woman from St. Agatha Catholic Church, who helped the family learn English and settle into their new home.

“I knew I would have a better education,” Diane says. “I thought, if I go to America maybe I could become who I wanted to be.”

It didn’t take long for Diane to want to be a typical American pre-teenager. All she wanted to do was fit in. Enrolled at George Middle School in North Portland, “I would change from my normal clothes into short skirts in the bathroom,” she remembers. “I would say bad words and try to talk like American kids.”

But fate hit the family in late 2010 when her sister, Regina, died at age 17 following surgery. The loss was especially hard for Diane, who had been close with Regina.

“The one thing that changed my behavior was her death,” she says. “I had never been depressed like that. In our culture we don’t even have a word for ‘depressed.’”

Diane says that’s when she really grew up, taking on her sister’s responsibilities, juggling school work with helping out at home. “I realized that [it] could be me tomorrow, so I need to do what’s good for me,” Diane says.

Once she got to Roosevelt High School, she began embracing her roots, becoming the president of the African Culture Club. She joined the Step Up program, a college readiness program called AVID, and played varsity soccer all four years. She even earned a Diversity Scholarship with a full ride at Portland State University where she is a senior majoring in public health.

“I’m the first in my family to attend college,” asserts Diane. She learned to navigate the challenges of campus life. “I was nervous for the new environment, but not having friends close to me, I had to learn to talk to advisors,” she says.

She created a support network, joining the Association of African Students, working the front desk at the cultural resource centers, and mentoring freshmen for the Diversity Scholarship Program. “I feel like I’ve grown as a mentor — even though I’m the same height,” she says with a laugh.

Diane will graduate from PSU in 2020. She chose her public health major because of the deaths of her older sister and others in her community, deaths their families did not understand. “In five years I see myself educating the Burundian community, going to graduate school and working in a hospital,” she says.

Looking back on her journey of self-discovery, Diane notes, “You’re going to overcome your challenges no matter what — you just need to find the right people to help and you need to come out of your comfort zone. You can be whoever you want to be.”

One thought on “Be Whoever You Want to Be”