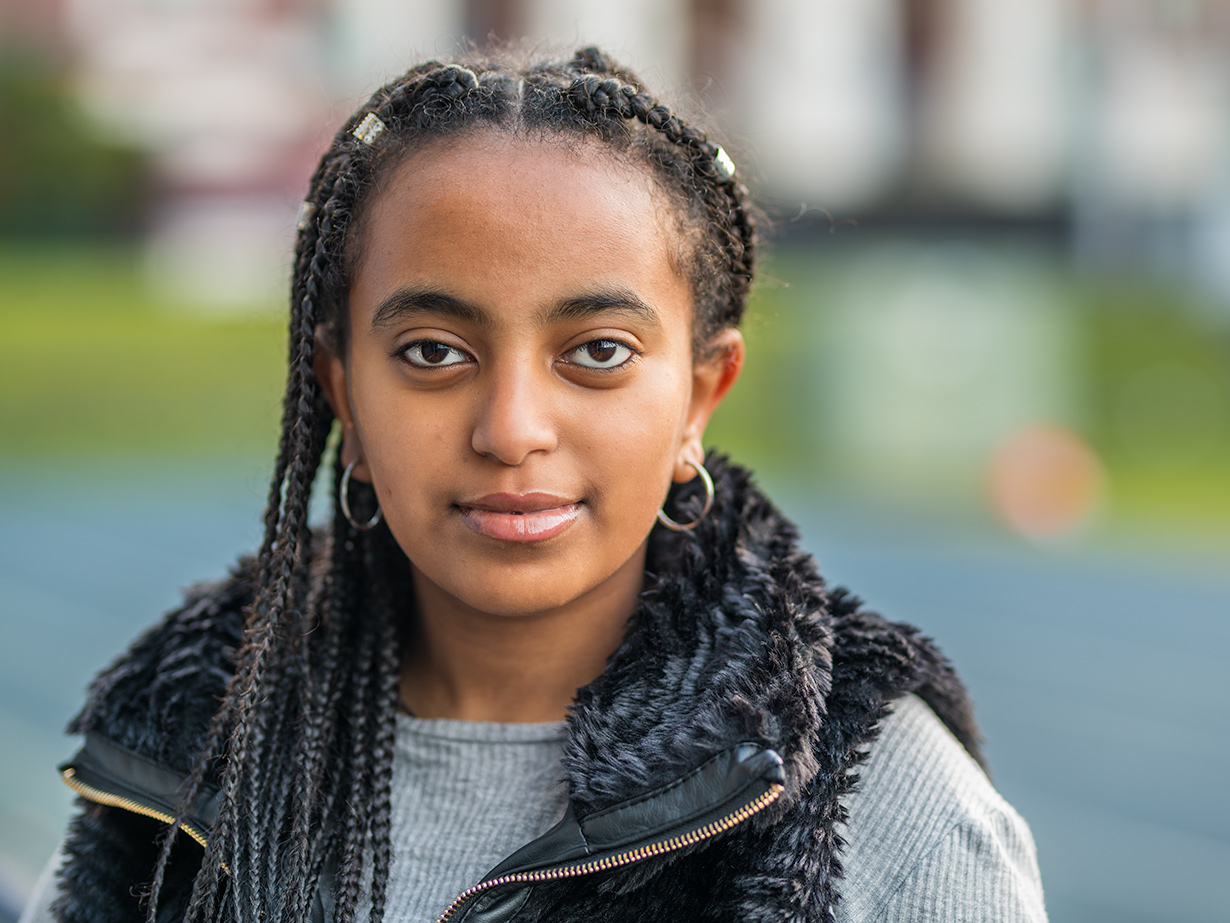 “Being settled is such a privilege. But when you’re new (somewhere), every second is a thinking second,” says Mekdes Hilete, describing the feeling of becoming a newcomer to a strange culture.

Hilete was born on Oct. 9, 2001, and grew up in Addis Ababa, the capital of Ethiopia. Her father and a network of live-in nannies raised her after her mother moved to the U.S. in search of a better job so she could support Hilete’s education.

Growing up as a kind of “village child” taught Hilete that just about everyone has wisdom to offer. She says, “I looked up to people… and felt like there was always something I can learn. Whoever it is.”

And that lesson has continued to help guide her. When her father bought a television set, she watched programming from around the world and practiced English. It was also from TV that she first learned about children with heart failure. “There are so many children who can’t have the childhood that they want because the right type of care isn’t available everywhere,” she says.

As her passion for medicine grew, she realized she would have better educational opportunities if she followed her mother and aunt to the U.S.. She’d always been first in her class, but she gave up that academic security to make the move. She remembers thinking, “This is really about my education, (which) I have invested my life towards building.”

In December of 2015, she arrived in Portland, Oregon, as an eighth grader and faced the immediate struggles of learning and adjusting. She and her mom even discussed the possibility of retaking eighth grade, to give her more time to adjust. Her peers could tell that she was new to the country, not just to the school, and Hilete felt isolated. It took effort to learn the ways of Irvington Middle School, such as knowing what recess meant and being able to converse with teachers in English. Her grades didn’t suffer, but she felt like she’d never catch up to the other students in terms of belonging.

After constant tears and confusion, Hilete had a conversation with herself: “You’ve done everything that you could do up to this point. There is no going back… There is no way to prepare for a culture that you’ve not experienced.” She resolved to take it day by day and simply learn as much as possible.

She characterizes herself as a “seeker,” endlessly curious about new things, and that came in handy when she struggled to remember a word in English or acclimate to sunless winters.

Going to Jefferson High School also made a great difference. Jefferson was more diverse than her middle school, Irvington, and all the freshmen were brand new this time — not just her. Now a senior at Jefferson, Hilete takes part in mock trial, in which she and peers simulate court hearings, and has started an International Culture Club. The club recently hosted a multicultural fashion show, where Hilete wore a traditional Ethiopian dress.

Hilete is still a big planner, now preparing for college. She drafted a six-page résumé that she’s only managed to pare down to two. She has a strict set of criteria to use for deciding on a university to attend, including financial manageability, a rigorous education, and support within the university community. Her top choice is Johns Hopkins, but she’s applying to a wide array of schools in hopes of finding the best fit.

She has control of that “how” now, and can clearly imagine herself as a doctor. “I have a stethoscope in my bag already,” she says.