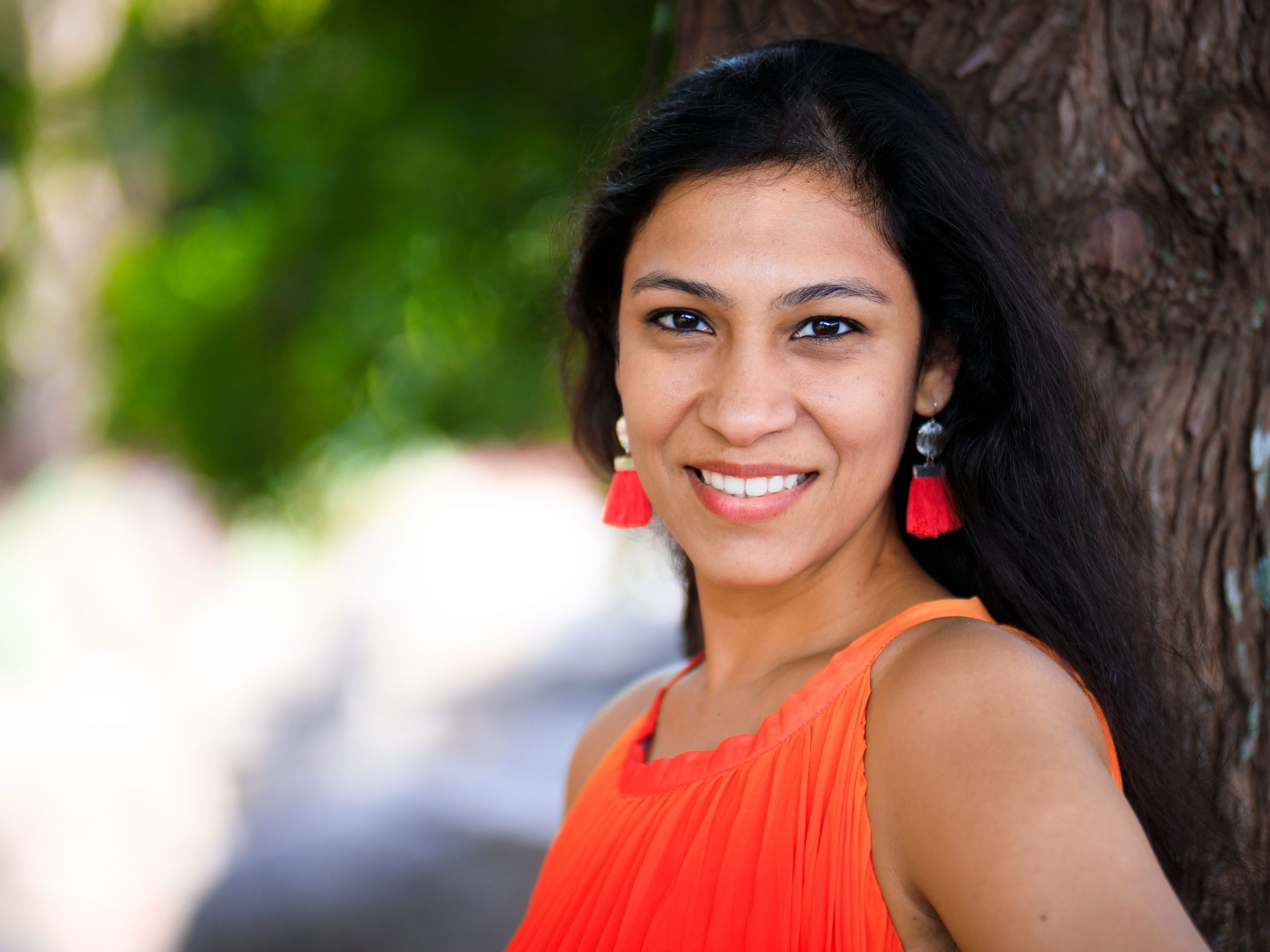 Arthi Vasudevan makes a road map for where she wants to go in life, deciding on her goal and timeline and then thinking out the steps she will follow to get there. It’s an approach that has helped her establish her voice in a male-dominated field and become a model for others to follow.

Vasudevan was born in 1986 in Erode, a small village in Tamil Nadu, India, where her father owned a textile business. Her mother worked at a bank to support Vasudevan and her older sister.

Growing up, Vasudevan played in the streets with her friends and visited her local temple with her family.

“Religious and spiritual activities are such core to most Indian families, and my childhood was just filled with art, culture, socializing with our neighbors, and serving our community.” Vasudevan said.

Vasudevan was always a strong student. She excelled in Hindi and was elected class president in her senior year of high school.

“I was a very studious person, at the same time I was also involved with all the art and culture activities,” she explains. “It  was a very enriching experience.”

Vasudevan finished high school in 2004 and moved on to Easwari Engineering School in Chennai to study electrical and electronics engineering. She believes that part of her was able to succeed because her parents never pressured her to go into any particular career. Chennai was Vasudevan’s first experience  in a big city, allowing  her to explore more interests, such as dancing.

In 2007, Vasudevan moved to the United States to pursue her master’s degree in Electrical Engineering at the University of Kentucky. In the U.S., she found colder weather and a different education system, but she soon adjusted. Before long, she found new friends.

“Lexington had a good Indian community, so I felt very welcomed,” Vasudevan said. “And I still remember being so inspired by the professors and the facilities out there.”

Meanwhile, Vasudevan had fallen in love with her partner. They became engaged, and after graduating in 2009, Vasudevan moved to Dallas, to be closer to her fiance, who lived in Houston. The job she found at Terex Mining allowed her to sharpen her skills in electrical engineering applications.

“It was so good to finally start working,” Vasudevan said, “that was my first time making a salary.”

That same year, Vasudevan and her fiance traveled to India for their marriage ceremony, then returned to settle together in Houston. Vasudevan soon found the job she still holds, designing electrical and control systems for mining equipment at G.E., which merged with Baker Hughes.

Vasudevan remembers experiencing numerous microaggressions from coworkers and colleagues, which she attributes to the male-dominated nature of the electrical and control system industry.

For example, Vasudevan recalls visiting a manufacturing plant where only the men’s restroom was open. The women’s restroom was permanently locked and had to be opened specifically for her. This was one of the first times that she had come face to face with  the disparities between men and women in the field. Another time, a male coworker referred to her as “eye candy” in front of their colleagues.

“At the time, I was too timid and did not know I had a voice until many years later,” Vasudevan said. “For many years, I didn’t know, I just thought this is the way it is.”

But after attending several webinars in women’s networks and support groups, Vasudevan realized she had a voice. One day, after telling her manager how tired she was juggling family and career while trying to have an ambition, he responded, “so what?” This callous response completely changed her perspective.

“Maybe I don’t need to limit myself,” Vasudevan remembers thinking. “Unless someone really puts a physical barricade in front of you, there’s no limit.”

She continues to embrace this lesson every day, having just finished her MBA at Rice University. She remains determined to give back to her community and culture that she loves so much.

“If there’s one thing I want to do before I die, it is to start initiatives for professional development of rural women in India,” Vasudevan said. “I don’t see many people like me doing that, so that makes me want to fill that gap that only I can see.”

She hopes to become an executive, and continues to give young women in engineering the same advice that she would give her younger self:

“To encourage others to ask for help,” she said. “Many times, there is either societal pressure or constant pressure of what an ideal mother or leader should be, and we think that we need to do it all. But it’s absolutely okay to ask for help, and it’s okay to push back and say no. It is also important to pay it forward along the way, instead of waiting till you have reached an invisible bar set by you or the society around you.”