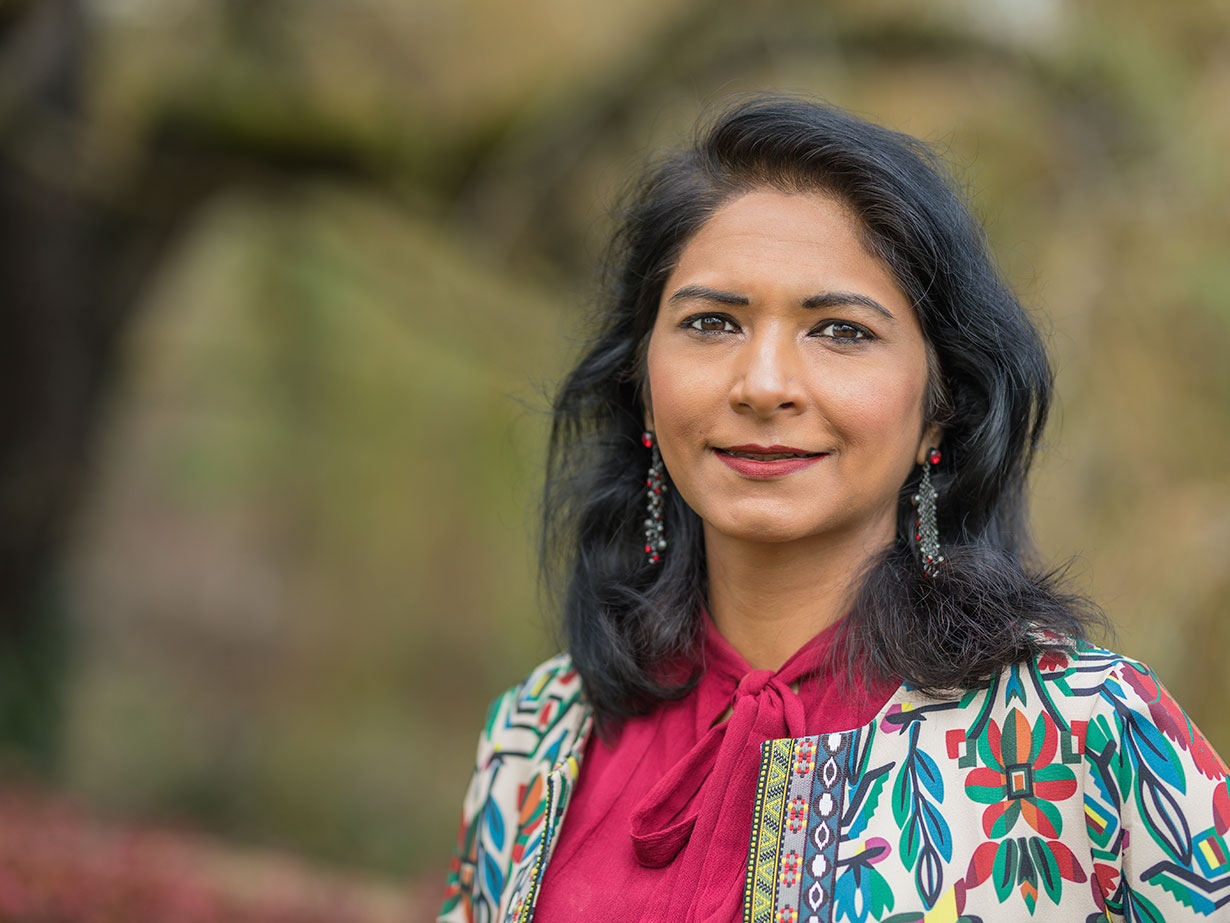 There was the patient who made a sarcastic remark when she wouldn’t prescribe an antibiotic that was the wrong one for the ailment being treated.  And the older gentleman who complained when she wasn’t comfortable with approving his request for disability for which he did not meet the criteria.

If she was assertive, she was perceived as aggressive. Instead of supporting her when patients complained, her supervisor at the clinic where she was a physician said her cultural background prevented her from communicating better with patients.

“We are held to a different standard than others,’’ says Samu Shiva, 47, a physician who came to the U.S. from India to continue her medical studies.

Her frustration at the discrimination she’s encountered ­­– some subtle and some not-so-subtle – was part of her push to take an active role in combating racism, she says.

After George Floyd was killed during an arrest in Minneapolis in May, Shiva and her son attended a rally in Portland’s Pioneer Square as part of a Physicians for Justice effort to show support for Black Lives Matter (BLM). They joined protesters who knelt on the ground for nine minutes to mark the time Floyd, who was being arrested in connection with a complaint that he passed a counterfeit $20 bill, was pinned to the ground by his neck by Police Officer Derek Chauvin’s knee. Chauvin was convicted in April of second-degree unintentional murder, third-degree murder and second-degree manslaughter.

She marched at her daughter’s school in Beaverton with faculty and students. And joined the late evening protests in July at the Justice Center in downtown Portland where there was music and chanting and speeches and a Wall of Moms — and then rubber bullets and tear gas from law enforcement that burned her throat and eyes.

She went to the protests, she says, not only to show support for BLM, but also to bear witness to what was happening.

“Portland leadership was absent in safeguarding the protesters,’’ she says. “I felt like they were attacking the protesters instead of supporting the movement. Physicians are able to make a difference by saying what they’ve seen and getting the word out that this is not safe, this is making things worse.”

Racism is a public health crisis, she notes. Along with the deaths of Black Americans at the hands of police, and the tear gas aimed at protesters, the COVID-19 pandemic has also exposed racial disparities. Black Americans die at 1.9 times the rate of white America and for Latinos, the mortality rate is more than twice as high. She said she wants to use her professional privilege to advocate for equality, stepping forward to amplify the voices of the vulnerable.

The BLM movement is not the first time Shiva has stepped up to help in a humanitarian crisis. She has twice volunteered to help in Haiti, as well as in Puerto Rico in 2017 after Hurricane Maria slammed the island, and at the Brazililan border in 2018 to aid Venezuelan refugees.

Her courage, compassion and desire to speak out against injustice have been guided by her parents’ volunteer efforts in India, she says. In Karnataka, a southern region of India, her father was a physician and member of the Lion’s Club and her mother a teacher and municipal counselor. They were always volunteering to help the community, she says. Mahatma Gandhi, Mother Teresa and Indira Gandhi were role models.

“There were a lot of icons growing up who were inspirational,’’ she says. “I think that shaped my values and why I should fight for others and have a voice for the voiceless. Gandhi said society is truly reflected in how we treat the most vulnerable.”

Shiva received her medical degree at Kuvempu University and came to the U.S. in 1997 for her residency program in Cleveland. After finishing, her visa required her to work in a rural area. She took a position in Tillamook, an Oregon coastal town with a large farming community. Her first years in the U.S. were not easy. In Tillamook, where she worked as a geriatric physician, there weren’t many other members of the Indian community.

She missed her cultural heritage, the holidays and gatherings, and her family, including siblings who had also come to the U.S. but were spread out across the country. Her parents, who remained in India, visited when they could. Shiva is raising three children in the U.S. and she sought out extracurricular activities for them, such as classical Indian dance classes and percussion drum. While in Tillamook she would visit Portland on weekends for its Indian festivals and activities and joined a Hindu spiritual group, Chinmaya Mission.

Eventually when her visa allowed her to leave her rural job, she moved to the Portland region and joined the medical staff at Kaiser Permanente. She has been certified in lifestyle medicine. Currently, she is working for Oregon Health and Science University.

In recent years, she says, the Trump administration, fostered a lingering sense of anger at immigrants.

“We are kind of treated as though we should be excluded,’’ says Shiva. “America is a rich country, a diverse country and innovative because of the creative minds that come from across the globe. And I would like to see that being acknowledged and looked upon as a blessing rather than a curse. “

But she is heartened by her travels to countries in crisis and her experiences in the protests. They have shown her, she says, that despite challenges, humans are resilient.

“It’s very inspirational and surprising,’’ she says, “how humans can transcend and transform through their experiences and shine through.”