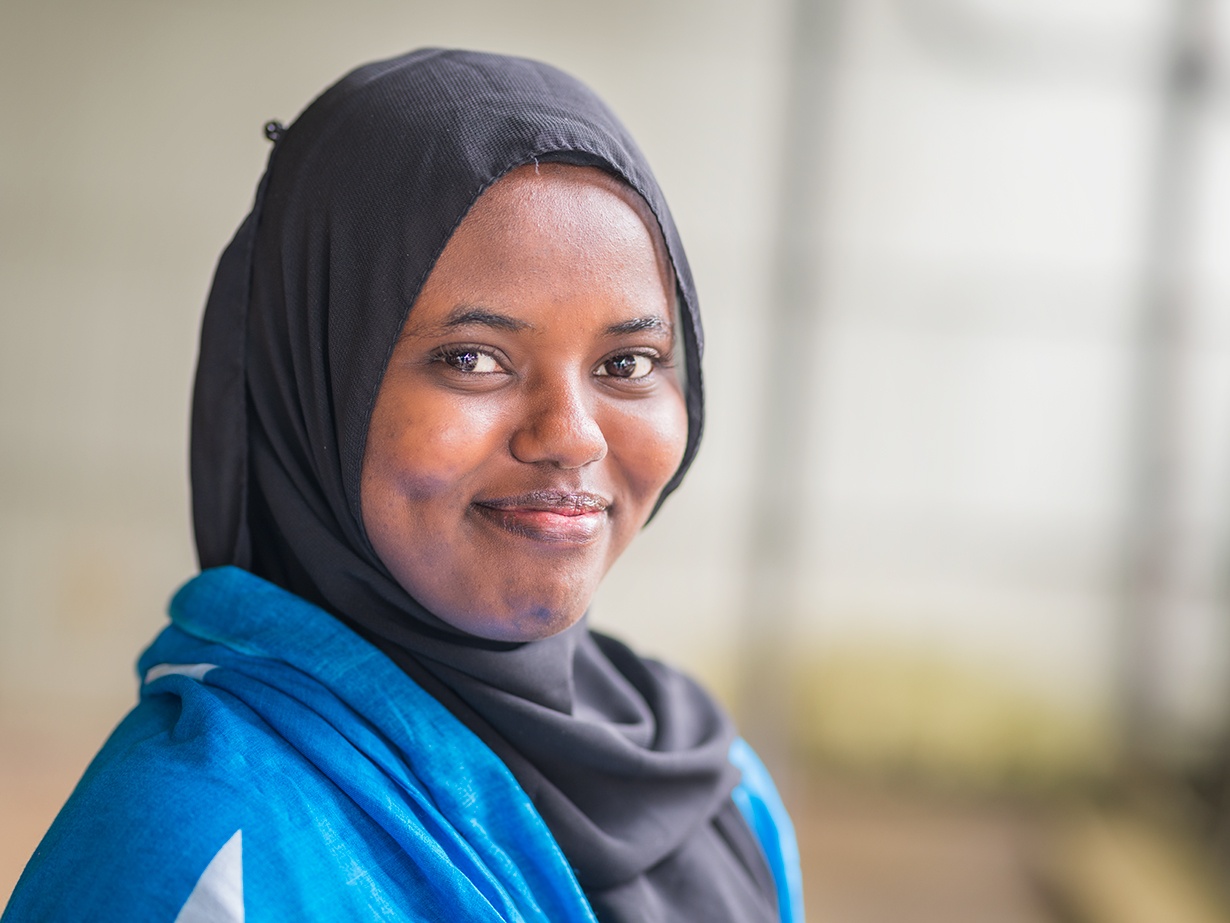 Ayan Salat can teach you all about scorpions. She can make fluffy injera bread and cook meals for an entire household. Ayan could ghost-write your next Valentine’s Day card, in Somali or English. And as a recipient of the Portland State University Diversity Scholarship, she will stride onto campus this fall to add to her already diversified skill-set.

Born in Jamame, Somalia at the turn of the 21st century, Ayan remembers her childhood warmly, when her parents would bring sweets home after their long work days.

But the Somali Civil War—a conflict initially between the Siad Barre regime and several militia groups, further exacerbated by drought and famine—cut her childhood short. Ayan’s father was threatened with death for refusing to fight and fled to safety in Kenya during the 90s.

A few years later, Ayan’s sister fell ill, and as her mother carried her to the nearest hospital, the pair were caught in the crossfire of the conflict on the way. Ayan’s sister’s was killed, and her mother was grazed by a bullet. It was time to leave Jamame. The family sought refuge in Kenya’s Hagadera refugee camp in 2005.

At Hagadera, when she wasn’t studying at dugsiga, or Islamic school, Ayan was doing everything in her power to alleviate her mother’s housework burden, knowing the physical and emotional toll the war had taken on her. “I knew all the things she went through, and it was hard for me to see her doing [housework],” Ayan recalls.

In 2009, her family moved to the one of the largest refugee camps: Kakuma, which was also in Kenya. “There was dust. Wherever you go, you can’t open your eyes,” Ayan remembers. “At night, there are scorpions…there [was once] a scorpion in my hijab and it bit me so bad.” She quickly learned to be wary of certain critters.

Her parents had a shop with locations on either side of the camp, so after school Ayan would rush across Kakuma to say hello and deliver home-cooked lunch to each of them.

“I already closed the door for friendships. I was this young person who was also an adult,” she says.

Flashforward to today, and it’s hard to catch Ayan for a free moment when she’s around her friends, caught in a flurry of high-fives and laughter.

Ayan was at the top of her class in Kakuma. She taught herself to read and write Somali using an old love letter she found, and gained a reputation from her peers for her poetry. Classmates asked her to write notes to boys at school.

In 2015, as Ayan prepared to take her primary education exam in Kenya, the Salat family received the opportunity to resettle in Arizona.

When her new Arizona neighbor teased her for not handling the heat, since she was from Africa, Ayan sharply rebuked, “I think you’re talking about the Sahara. I’m from East Africa.”

Her family moved up to Portland after a few days, and Ayan started realizing her ethnicity and religion made her stand out.

“I didn’t even know people would think I was different,” she recalls. “All the people around me, they were black. They were either respecting what I was, or they were just like me,” Ayan says of her time in Kakuma.

Ayan flew through her English language requirements at David Douglas High School, already having learned English in Kenya. Currently a senior, her interest in history has inspired a possible future studying political science next year at Portland State University.

“My mom and dad never went to school,” she says. ”Education is important because it will help yourself, your society and your parents.”

Ayan hopes to return to Somalia after college to make a difference. In the meantime, she rises early every day to cook for her family, and together they read a chapter of the Quran.

And of course, she is still writing— but this time, they aren’t love-notes for her classmates, but words for herself.

“I am from the stories,” Ayan writes in her recent poem “My Story.”  “Stories about a nomadic family/ Stories about a family doing everything with their own hands.”

5 thoughts on “Doing Everything With Her Own Hands”