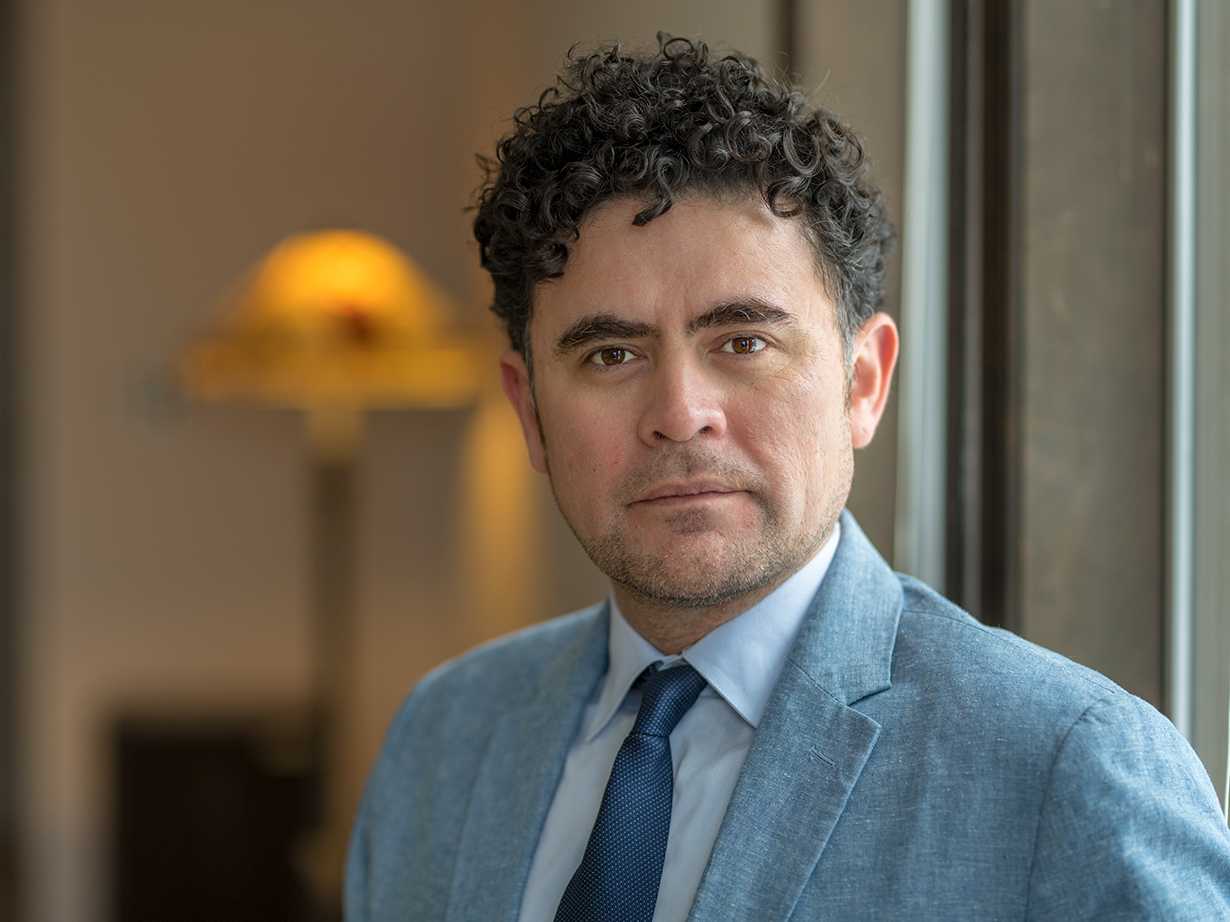 Bernal Cruz had just been suspended from high school for taking part in a fist fight when one of the school counselors stopped him and said, “I think you would make a really good mediator.”

Despite some detours along the way, her comment started him on the path he is still pursuing.

Born in Guatemala City, Guatemala, in 1977, Cruz grew up in the midst of Guatemala’s 36-year civil war. When his father, a career military officer, was asked to work for an intelligence team that involved using torture techniques, the family sought asylum in the U.S., arriving in Portland in 1990. An eighth grader at the time, Cruz missed the community he had left behind in Guatemala.

“I had been in the same school forever. Those kids in my classroom were my brothers and sisters. We had this very collective sense of self,” he explains. “In Portland I felt misunderstood and got in lots of fights.”

Still, he managed to graduate from high school early, and enrolled at PCC to complete prerequisites for his planned career in medicine. Amy Swift, the counselor who introduced him to mediation in high school, suggested he apply for a job as a family mediator with Clackamas County, negotiating issues with families, and relating with teens as a peer. He held this job for four years, even traveling around the state to help with trainings.

Cruz had dreamed of being a neurosurgeon but he came to realize that life as a doctor in the U.S. is highly regulated. So he decided he would return to Guatemala, where he could be the kind of doctor he wanted to be, more a part of the community.

His mother, however, refused to let him go. So he settled on studying psychology, with an emphasis on neuropsychology. He went to the University of Massachusetts at Amherst because he had always dreamed of going to school on the East coast. Back in Portland after graduation, he talked his way into a job as a therapist in an adolescent unit at Providence Psychiatric Hospital, where he worked for twelve years.

When regulations for therapists changed, forcing him to leave the hospital, Cruz tried for a spot in a psychiatric nurse practitioner program at OHSU, but was not admitted. Deeply disappointed, he turned for advice to his former supervisor at Providence, Louie, who said, “You are a person who wants to effect change; you need to be a social worker.”

Louie not only encouraged him to apply for a program in social work, but wrote him a recommendation letter. Cruz graduated from PSU with his Master’s in community-based social work in 2014. “It was one of the best choices I’ve made in my life,” he says.

During that time, Cruz married his long-term girlfriend, Karey, a technical designer for Nike. Their eldest son, Augustine, was born right in the middle of his graduate studies.

As part of his graduate program he did an internship at Lutheran Community Services and his supervisor there, Sasha Verbilis-Kolp, was another important mentor. “She let me explore all my interests,” comments Cruz. “And that was the most wonderful thing that had happened to me up to that point.”

Post-graduation, Cruz decided to focus on issues related to immigrants and refugees. He worked as a clinician for unaccompanied youths in long-term care at Morrison Child and Family Services, where he is now a case coordinator for the Office of Refugee Resettlement (ORR). He also volunteers 20 hours per week on the advisory council for Refugee Immigrant Services and Empowerment (RISE) and for Refugee Assistance and Information Network (RAIN) International.

Just as he found his way with the help of various mentors throughout his life, Cruz hopes one day to create a program to empower immigrant youth to become more involved in the community. Five years from now, Cruz would like to work with kids who take the role of community navigator within their families, whether it’s at medical appointments, calling utilities providers, or dealing with lawyers. “I think the school is quick to penalize those kids for missing school instead of upholding them and rewarding them for the great service they’re actually providing,” states Cruz.

Recalling his own strong-willed but misdirected energy as an immigrant youth, Cruz says, “I want to incorporate the energy and the assets that these youth bring into the community.”