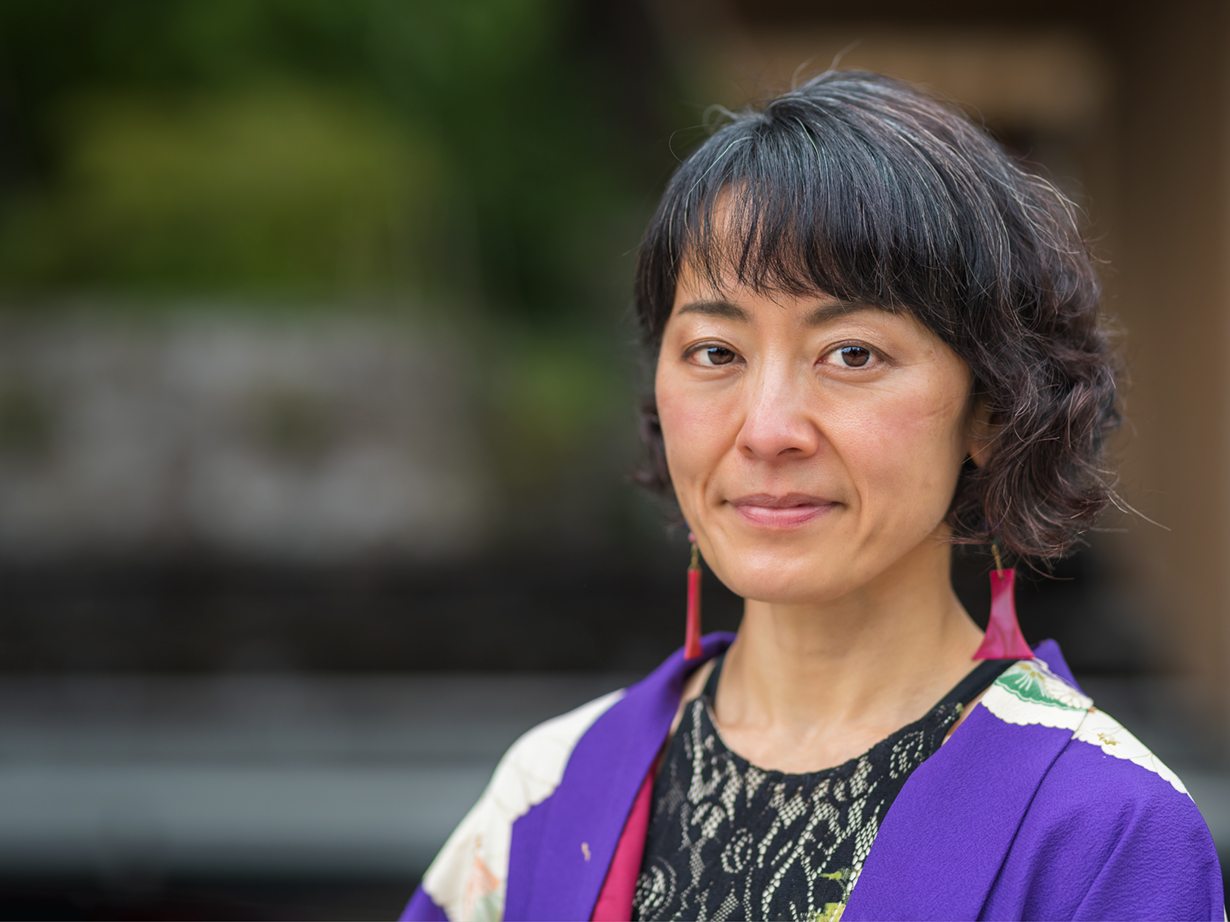 Some of Yumi Torimaru’s earliest memories are of flying through the streets of Nara, Japan, on her bicycle, focused more on how fast she could go thanon the traditional architecture around her.

“I was very much a tomboy. Very active. I wanted to be outside all the time,” she explains.

Born in Hyogo, Japan, in 1973, Torimaru grew up in the city of Nara with her parents and two brothers. Even though her father was a hardworking salary man, he prioritized playing classical Western music during his rare time off, a passion that was shared by multiple generations within the family. But Torimaru, the tomboy,  preferred playing tennis to taking the piano and violin lessons her parents forced on her.

“I always had this feeling I didn’t fit in there,” she says. “In general, Japan back then was more conservative, and I wasn’t. I was always questioning, why do I have to do this? Why do I have to act like a girl?”

Torimaru’s ambition was to be a veterinarian, but she was not accepted into the program she wanted, so eventually studied biology at the university in Nara.

“I always make a change and just go for it.” Torimaru says. “I do one thing and then find something else and say, `now I’m going to focus on this.’”

While at university in Nara she studied hard, with her sights set on a career in biology, yet she ran into a roadblock because she did not know any English, a requirement for the degree.

“I had no knowledge of English, or interest in it. I didn’t think I needed it,” she reflects.

During that time Torimaru’s father, an engineer for Sharp electronics, was transferred to the company’s office in Vancouver, Washington. Reasoning that this would be an easy way to learn English, she decided to move to the U.S with her parents for one year, and then return to Japan to finish her degree.

While in Vancouver she attended Clark College, working toward an Associate’s degree in biology. Even though she could speak no English at the time, Torimaru felt more at home in the U.S than she had in Japan.

“In Japan many things seemed unfair to me. Because of your gender there were certain expectations. If I didn’t put lipstick on in Japan everyone would point at me and say why don’t you wear makeup? Here no one cares, you can be you. So I felt more comfortable,” she says.

When her family moved back to Japan in 2000, she decided to stay in the U.S, feeling there was more opportunity for her than in Japan.

Torimaru saw potential for her life in the U.S, but still faced many challenges. Beyond her struggle to learn English, she wrestled with the way she was perceived by others as a Japanese woman and as an immigrant.

“There is this perception that Japanese people are shy, so that’s what everyone assumed about me. I was so into expressing myself, but I couldn’t because I didn’t know the words,”  she remembers. “I learned that in this country if you don’t say what you are thinking no one understands you are thinking it. In Japan it was good to be quiet, to be modest, but here you need to speak up.”

After achieving her Associate’s degree at Clark College, Torimaru transferred to Portland State University to pursue a degree in biology.

But she still felt restricted by her lack of confidence in English. “I felt that I lost my identity,” she says. “I had to build it back up from the beginning by learning to express myself.”

While studying at PSU, Torimaru took a job at a sushi restaurant in downtown Portland. Her repetitive conversations with customers greatly increased her confidence in speaking English.

Up until then, she had not had much interest in music or Japanese culture. But when a customer at the restaurant mentioned playing traditional Japanese Taiko drums, her curiosity was piqued. She signed up for classes at Portland Taiko Drumming.

“I had this urge to express myself, and explain who I am. I was thinking, I should start to value my authenticity, and Taiko drumming became that outlet for me,” she explains.

Torimaru began to do more research about traditional Japanese music. She saw this as a way to feel connected to her heritage, while also making Japanese customs more accessible to others.

“I want to combine traditional Taiko drumming, as well as the modern style, and my own individual expression. I think motivation is the best ingredient for learning, so I want to become a great entertainer and educator,” she says

“My philosophy is Onkochishin, or the process of using something old to create something new,”  she says. “Unfortunately learning a traditional instrument is very closed off. Not many people can do it. So I wanted to make something from Japan more accessible to the community here.”

Torimaru now plays many solo shows, using multiple traditional instruments to educate the public on Japanese culture. Takohachi, her Taiko drumming group, consists of 11 other members who perform in Portland and occasionally in Japan.

The Covid-19 pandemic put a major crimp in the group’s performing schedule. Takohachi was forced to cancel 49 of their annual shows during the COVID-19 pandemic.

But Torimaru decided to turn this adversity into opportunity. She learned new ways to express traditional Japanese music and culture online, creating interactive videos combining music, education, and animation, which she played for streaming events through library systems throughout the greater Portland area.

Most importantly, she gained a new sense of confidence.

“When I talk without confidence, no one can understand what I’m saying, even when I speak correctly,”  she says. “But when you speak with confidence, even with the wrong words or grammar, they get it. It’s very contagious, and that confidence can translate to anything.”