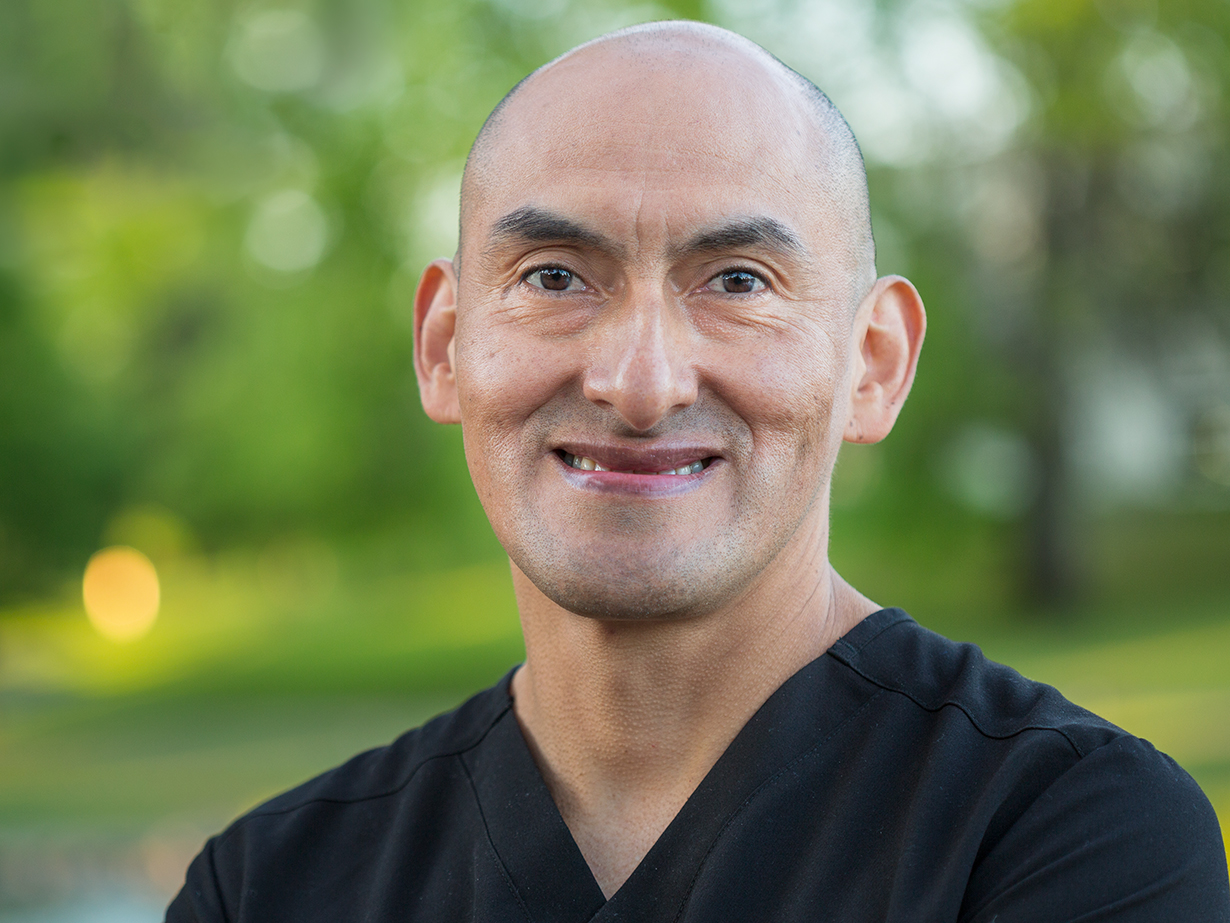 When Wilber Ramirez-Rodriguez found he couldn’t continue his work as a dentist in the United States, he started his own mobile dental hygiene clinic to educate and serve farmworkers in northwestern Oregon. “We come to them so they don’t have to find us,” he explains.

Ramirez-Rodriguez was born in Vilcashuaman in the mountains of central Peru on July 2, 1974. Growing up, he spoke Quechua and Spanish. His parents, both school teachers, were deeply involved in helping their community. Their example would later inspire Ramirez-Rodriguez’s work.

In the early 1980s, the Shining Path, a rebel group, devastated his community. “They killed governors, teachers. They destroyed everything. There were weeks where we wouldn’t have water, weeks with no electricity,” he recalls.

Eventually, to escape the chaos, Ramirez-Rodriguez and his parents moved to Ayacucho, a larger city where his older siblings were already attending school. After high school, he attended Inca Garcilaso de la Vega University and studied to become a dental surgeon.

“During school, that’s when I developed my vocation. I thought, okay, I could help people with dentistry because it’s something that they needed, and I can do that,” he says.

In 2000 he earned a bachelor’s in Stomatology and a second as a Doctor in Dental Surgery from Inca Garcilaso de la Vega University. Soon after he started his career in public health as a dentist while volunteering in Peru’s Red Cross and working with Doctors Without Borders as a general dentist in San Ramón.

That same year he was invited by his then-wife to visit her in the United States on a tourist visa. Eventually, Ramirez-Rodriguez moved to Portland, Oregon, to visit his then-wife. Adjusting to a new country and a new language wasn’t easy, but he enrolled in ESL classes at Portland Community College and started networking in Portland.

Oregon, like all but one other state, requires additional training for foreign-trained dentists. For Ramirez-Rodriguez, the cost of at least two more years of college was prohibitive. This meant he had to ‘look for other paths to do (what I wanted to do).”

He turned to St. Andrew Catholic Church, a Spanish-speaking congregation in northeast Portland, for the sense of community and support he missed from Peru. “I always wanted to be involved in the community. I was looking for where I can meet people, where I can learn. When I moved here, I didn’t know anybody from my culture,” he says.

After three years, he finally got hired as a component lab technician with the American Red Cross and later became a Parish Health Care Promoter through his church program, Los Promotores De Salud. “We were Latino leaders who helped the community with health services and legal services. We got a year of training,” he explains.

Since Ramirez-Rodriguez’s degrees are not recognized in the U.S., he could not practice as a dentist. Instead Ramirez-Rodriguez enrolled in a two-year hygienist program at Pacific University, graduating in 2010 and became a licensed dental hygienist.

Through his work with the church, Ramirez-Rodriguez realized the need in his community and decided to start his own business to give oral health care to the underserved. After completing classes at Pacific University, he asked his priest if he could use the church space for a dental and hygiene practice, which he called Dental Reach.

“He was very open and said, okay, you can use it anytime,” he remembers. ”Soon we had a lot of patients.”.

At the same time, Ramirez-Rodriguez joined the Pacific University faculty as an assistant professor in the School of Dental Hygiene Studies. In 2013 he started working at Virginia Garcia Memorial Health Center.

“I started this business with portable chairs. I used to work 16 hours a day. I would go to the parishes the night before to set up, and show up the next day at six in the morning to wait for students. I would do the whole clinic, be done at six or seven, and do the same thing the next day,”  he says.

“Patients were saying how I’ve never had a clinic,’ or ‘this is my first clinic.’ Or ‘I’ve never been to the dentist. Great job!’ It was huge for us.”

Today Ramirez-Rodriguez sees about 500 patients a year. Because of the pandemic, he currently does community outreach work through Zoom and hosts portable COVID-19 testing. As of April 2021, Smile Care Everywhere was operating at 90% capacity.

Ramirez-Rodriguez is modest about his success.  “I have had good mentors, starting with my family and then the leaders at Pacific University and the many volunteers from the community who have come to help us,” he says. “All our success is because of our teamwork and engaging with our community.”

One thought on “Nurture Community Wherever You Are”