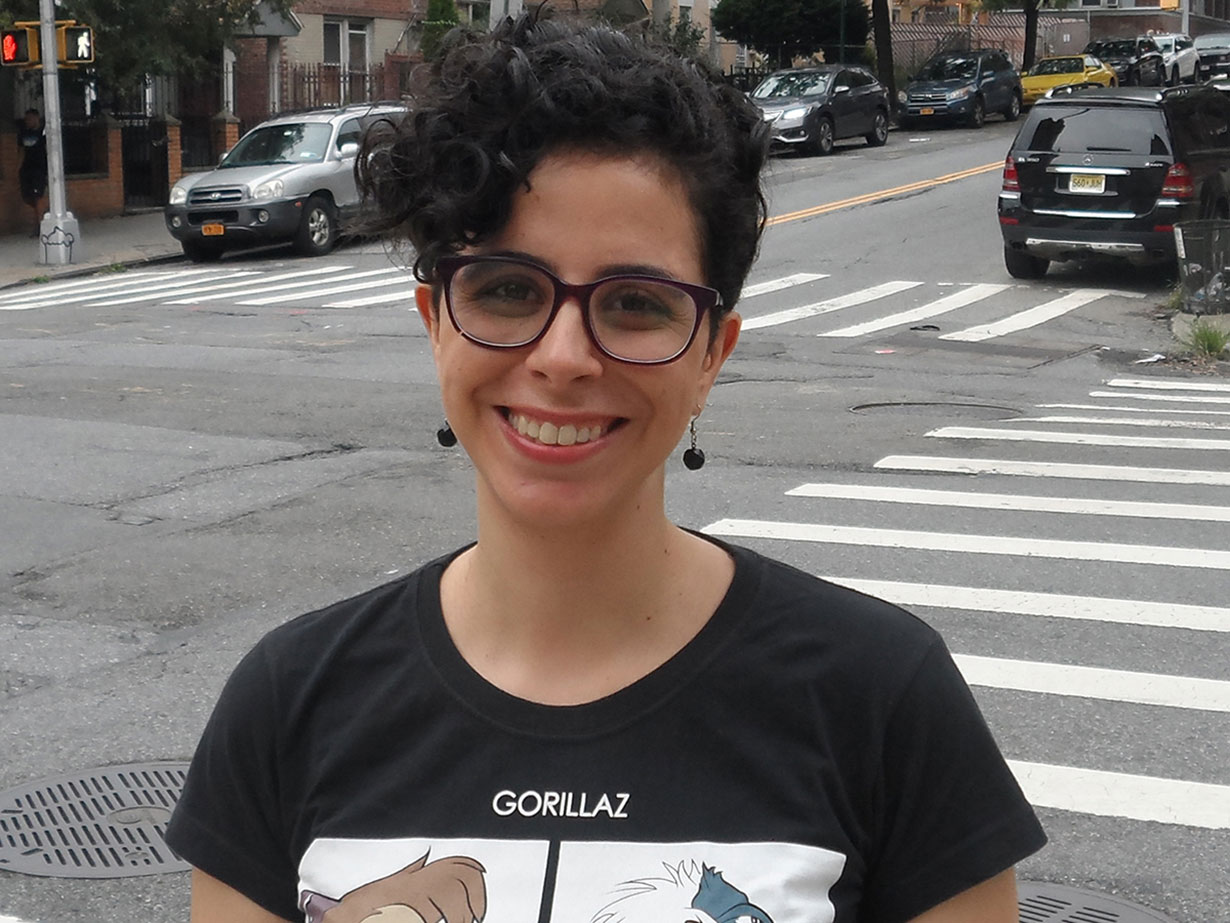 For her first 25 years, the only home Ali Estefam knew was a 23-story apartment building in São Paulo, Brazil. From swimming in the first-floor pool as achild to studying architecture and urbanism in her adult life, this building had been the backdrop to everything she knew or did.

Estefam was born in São Paulo in 1988, with Russian roots on her mother’s side mixed with her father’s Lebanese heritage.

Growing up in São Paulo with an architect as a father and a lawyer for a mother, Estefam felt steady pressure to perform above expectations in school.

Knowing she wanted a career that would allow her to express her creativity and help her community, Estefam decided to study architecture and urbanism at the University of São Paulo. “It was really challenging because everyone was different from me,” she said. “Everyone was more expressive than I was, so I had to adapt.”

One day during a class, she ventured into the slums of São Paulo and saw firsthand the inequality and injustices that she had been ignorant of growing up. It was a transformative moment: “I realized that I was living inside a bubble, an unrealistic bubble, and after that I decided I didn’t want to be this person anymore,” she said.

She realized that although she knew a fair amount about architecture and urbanism, she didn’t   know a lot about people. To become a better professional, she decided, “I need to have this knowledge.”

During her years at university, Estefam supported herself by working at the São Paulo Department of Landmarks, then switching to the city’s Urban Planning department. But the slow pace of city bureaucracy frustrated her, and soon after graduating, she decided to pursue a master’s degree.

Estefam’s decision to leave Brazil was neither simple nor easy. But she won a full scholarship to Columbia University, and in 2018 she and her partner ventured off to New York City so she could pursue a master’s degree in urban planning.

That decision quickly paid off. She earned her master’s degree from Columbia in May 2020, even receiving an Honor Award of Excellence along the way. She was ready to look for a job. Unfortunately, she graduated during the COVID-19 pandemic.

Things had been going well for Estefam, which only made the impact of the coronavirus pandemic harder on her and her partner. Now isolated in their Manhattan apartment, Estefam and her partner struggled to look for jobs. But since she was no longer a student, she needed a new visa to stay in New York. So she was unable to return to her family in Brazil as her savings depleted.

Eventually, she found Garra, a local organization in New York that helps Brazilian women find jobs, and they aided her in obtaining a new visa. “That’s when I found out how important it is to have a community,” Estefam said. She was able to get back on her feet with a community engagement role at Melissa Johnson Associates.

Now, almost a full year after the worst job market in decades, Estefam works full time as a senior community outreach specialist at Melissa Johnson Associates, a public relations firm specializing in community outreach. But she didn’t forget the help she received from Garra that helped her; she now volunteers there.

She’s helping the organization form a support system for small business owners who were hit the hardest by COVID-19. “It’s a really rewarding place to work because they really helped me, so I really want to do something similar for someone else,” she said.