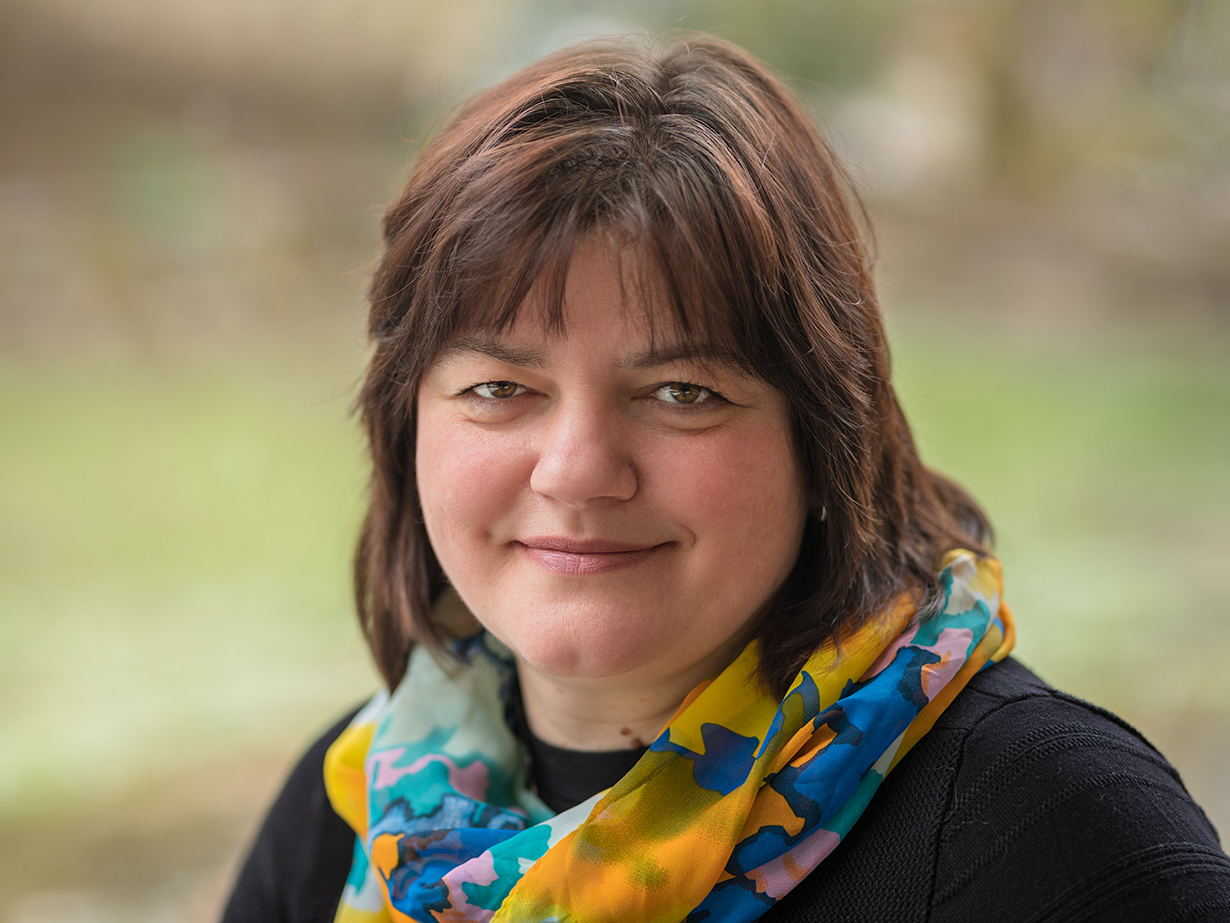 Growing up in Kyiv, Ukraine with a mathematician father and physicist mother, Tetyana Odarich was expected to follow in her dad’s footsteps. “Math was Her Highness in our household,” says the outspoken and energetic resident of Vancouver, Washington.

Odarich enrolled in a math program at Kyiv Polytechnic Institute but was soon diverted during an unusual date with her boyfriend, a medical student at National Medical University.

Her boyfriend invited her to a class at an inpatient mental health clinic. He told Odarich to don a lab coat and pretend she was a doctor.

“There was a fantastic professor who brought in a patient and left the room, and 12 of us diagnosed the patient,” she recalls.

During the class, she learned that the patient suffered from psychiatric problems. “The professor took this man who couldn’t tell reality from hallucinations and made him a member of society who could go back to work,” she recalls. “That was so real; I realized math was a waste of my time.”

That night, Odarich informed her parents she was leaving math for medicine.

Her journey toward realizing her dream was riddled with obstacles, but her passion and perseverance led her to become a family practice doctor in Portland. She serves many members of the Ukrainian and Russian communities, especially immigrants who need new medical exams and other services.

One major obstacle on her journey was gaining access to food. Growing up in Ukraine in the 1980s, food was scarce, even though Odarich’s parents owned enough land to grow crops.

Odarich spent her days outside, often skipping school and feeding and caring for stray dogs.

But her outdoor-focused life changed when  the Chernobyl Nuclear Power Plant melted down in April 1986 and blew radiation-infected smoke in the direction of her hometown, Kyiv, about 29 miles away.

While the Soviets at first didn’t reveal that the plant had melted down, Odarich’s parents’ scientist friends knew better. They tested Odarich for radiation, and discovered alarmingly high levels in her body and hair.

Her mother promptly cut off her hair, packed a small bag and put the 10-year-old on the first train out of town. She found distant relatives to pick up the girl. Odarich didn’t return home for three months.

After she finished grade school and high school and left the college math program, Odarich in 1993 gained admittance to National Medical University, then later got married and started a family. Food remained scarce; her husband earned only $30 a month as a pediatrician.

“We didn’t have food, except rice and herring,” she says. “I remember thinking, ‘I don’t know how we will make it.’”

Not yet a medical school graduate, she began working as a doctor, making house calls to help put food on the table. This was a common practice in Ukraine.

Odarich’s life took a sudden turn when her husband’s family entered her name in a U.S. green card lottery, and Odarich’s name was chosen.

She quit medical school months before graduating and arrived in the U.S. just before the terrorist attacks of Sept. 11, 2001. She separated from her husband and worked numerous low-paying jobs while trying to learn English.

Shortly after arriving in the U.S., she hit a low point in her life. One of her two children had a fever, and her ex-husband refused to pay for a fever reducer. Odarich stole cans from a neighbor’s recycling bin and turned them in for money to pay for Tylenol.

“I never ever wanted to be in that position again,” she says.

In her quest to enter the medical field, the single mom worked while gaining a Bachelor of Science degree from Portland State University. At one point, Odarich nearly abandoned her dreams after getting an F in organic chemistry. She wanted to spend more time with her children.

“A PSU counselor told me, ‘If you want your kids to follow their dreams, you have to follow your own’,” she recalls.

With a $1,000 gift from a pastor, she applied to medical schools and endured many rejections. Then, on her 30th birthday, when Odarich was picking up her children from daycare, she got the call: She had been accepted to Oregon Health & Science University’s medical school.

“I was so happy, I was crying and the daycare ladies were yelling around me,” she says.

Looking back on that fateful date at her boyfriend’s medical school, Odarich says, “It was love at first sight—with medicine.”