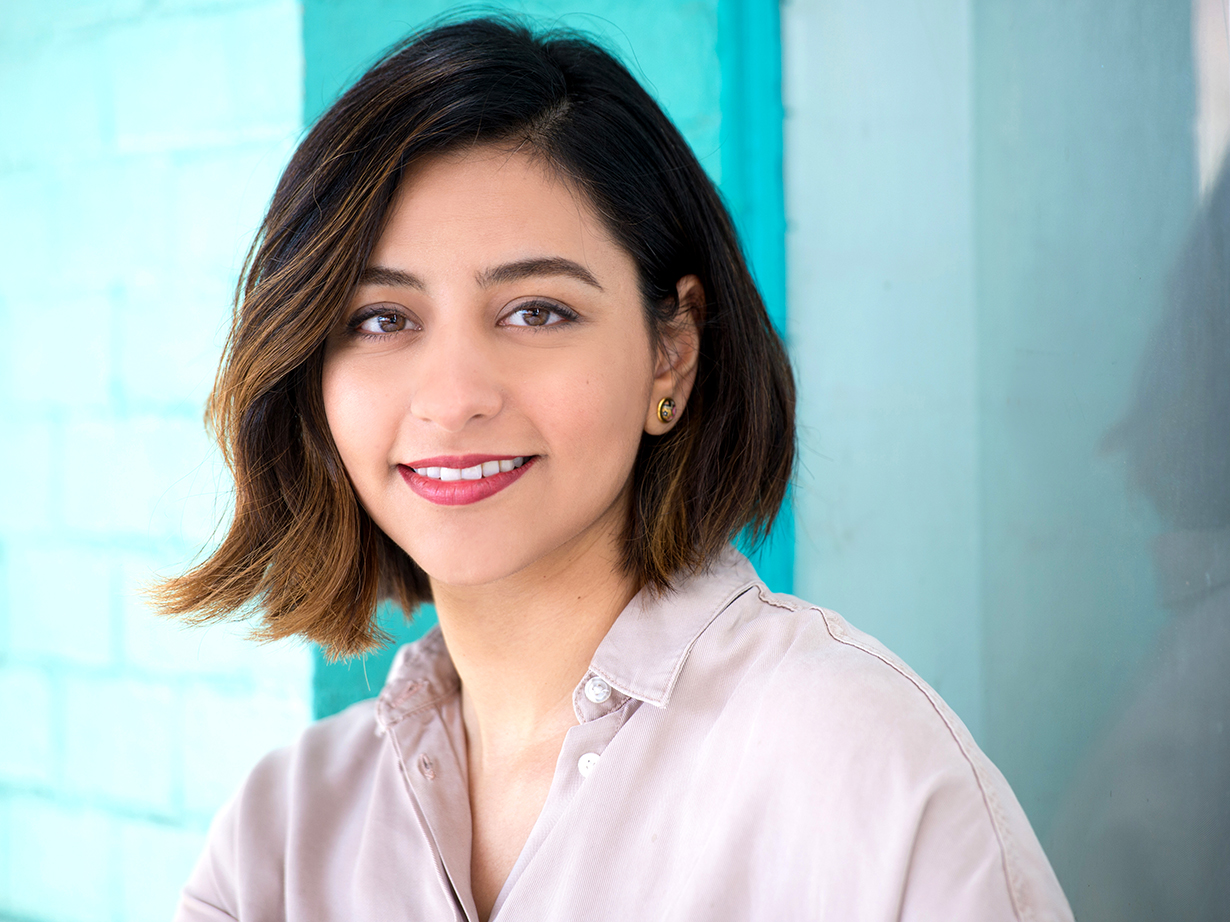 “After the travel ban and after Trump, I had the hard feeling — I felt ignored and voiceless,” says Shiva Farrohki.  “I was thinking, how can we change so that the narrative is being told by the people who are being affected?”

An Iranian-born entrepreneur and designer, Shiva channeled that hard feeling into action. She established In-It.com, a video crowdsourcing platform that uses community voices to address social and political issues.

Shiva has spent most of her 20s in the United States, away from her family. Born in Tehran, Iran, she earned her bachelor’s degree in industrial design back home. Iran’s economy and politics had created a brain drain among young people, and after college, Shiva, too, began looking abroad. When she first arrived in the U.S. as a master’s student with the prestigious ArtCenter College of Design in Pasadena, California, she was optimistic. With an industrial design degree, she felt she could make a difference.

“What I like about design is the sense of creation and problem solving,” she says. “Design has the capability to cover business, technology, and human behavior all at the same time and come up with a solution that meets all those needs.”

Although fluent in English, she struggled with learning American cultural norms. Her studies required her to pitch her design ideas, and she sometimes lacked the cultural vocabulary to connect with her audience.

When she graduated from the ArtCenter, none of her family could attend. Her parents had applied early for visas, but were granted permission to travel a week after the ceremony.

In 2016, Shiva and her long-term boyfriend, also an Iranian studying in the U.S., found themselves in a post-graduation visa limbo, unable to travel. They missed home. When her boyfriend became eligible for an EB-1 visa, reserved for foreign workers with “extraordinary abilities,” the two decided to get married and apply for green cards.

She didn’t want her family to miss another important event. She invited her parents to come to the wedding in Portland, Oregon, and promised there would be a bigger celebration back in Iran once they had green cards.

There was one problem: Shiva’s family couldn’t get visas. The delay took months. Eventually, her mother received her visa. Her father did not get one in time and missed the small wedding ceremony. Shortly afterward, President Trump’s travel ban went into effect, and Iranians were restricted in their ability to come to the U.S.

Still awaiting her green card, Shiva was cut off from her family.

“It feels like you never have roots or a part of you is empty, or is missing,” Shiva says. “Wherever you go, you don’t have your family.”

It took a year and a half to get her green card. When she got it, the first thing she and her new husband did was go home — for a big, official, family wedding. It was her first time back in Iran in three years.

Shiva had been homesick, but the Tehran of her youth was not a happy place. Since the ban and the U.S. withdrawal from the Iran nuclear deal, regular people have suffered, she says.  Everyday necessities, such as like diapers and sanitary napkins, have become prohibitively expensive. Lifesaving medical treatments are not available or affordable.

“People have no hope or are not optimistic about the future,” she says.

She returned to the U.S. determined to make her voice heard.

“When you know that your country and your people are hurting, it’s really hard,” Shiva says. “Especially when you’re in the country that is doing that (hurting).”

From her frustration was born In-It.com, a site on which users can post videos related to a “mission.” Launched in October 2017, the site missions have included diversity in the tech industry and paid family leave. The goal is to create conversation and lift up the voices of everyday people, Shiva says.

“There is so much power in hearing people’s stories from them, rather than just reading them or seeing the signature,” she says. “That has a power to create sympathy and bring understanding. What if we could get exposed to the other side and get understanding? That’s a first step we can have for peace.”

One thought on “Designing a Better Future”