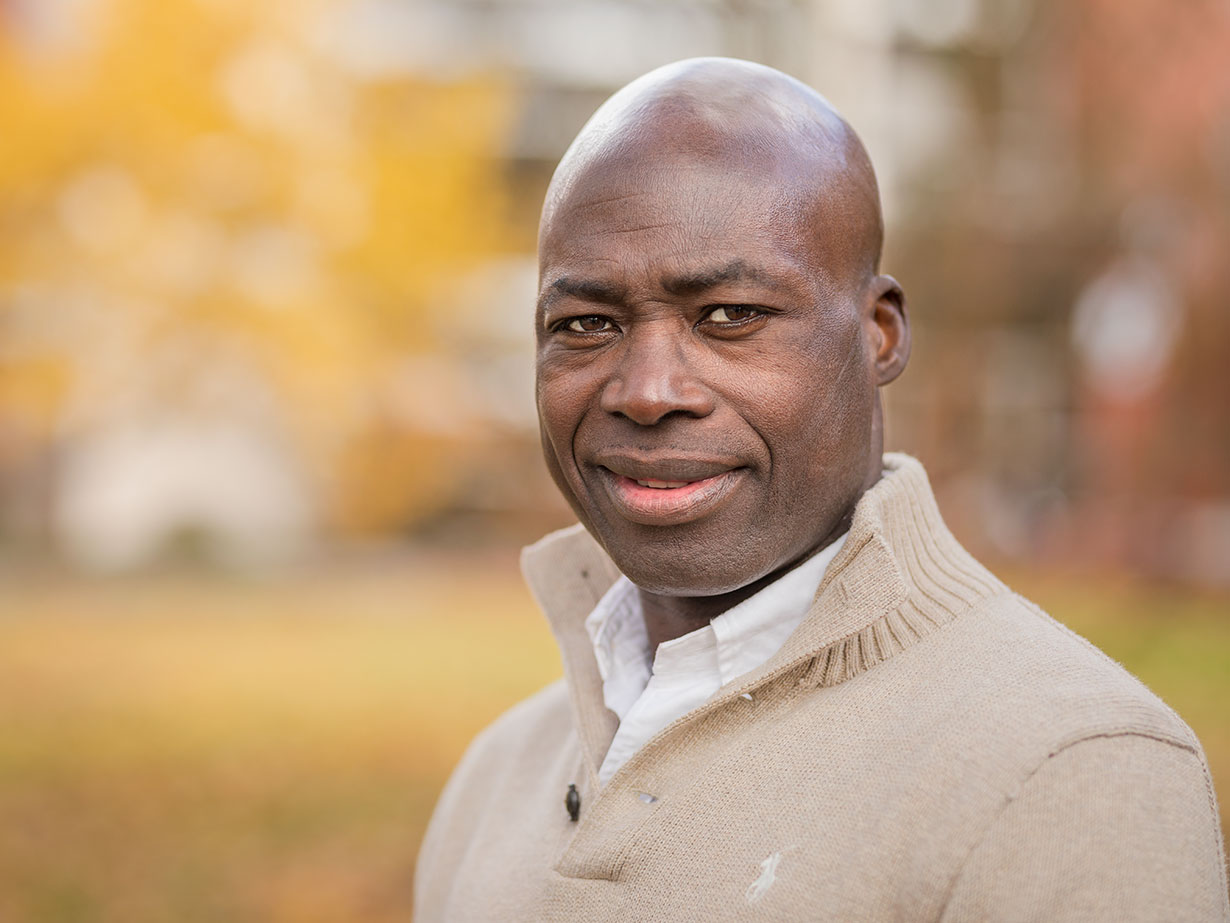 Dollars would line the streets of America. It’s what all the Hollywood movies promised. Lazeni Koulibali believed he would stay in America for a short time, receive an education, make lots of money for his family, and eventually return home to West Africa.

Koulibali was born in 1962 in Korhogo, a large city in Cote D’Ivoire. Following his country’s tradition, Koulibali’s father had three wives. Before Koulibali had learned to walk, his father died. This meant he would be raised by his father’s third wife who also didn’t have children. But she died when Koulibali was in third grade. He lost many siblings and family members to malaria, and spent most of his early life with an uncle. When he wasn’t in school, he worked on his uncle’s farm, chasing birds from the rice fields.

Koulibali knew that if he wanted to escape the hard labor of the farm, he needed to be serious about school. “I’ve seen death at a very young age, and I was interested in doing something in medicine. I knew I wanted to do something different because I’ve had so many episodes of malaria,” he said, remembering the treatment he received in hospitals.

Malaria is a largely treatable disease transmitted to humans by mosquitoes. The World Health Organization (WHO) Africa Region reports that the region experiences 93% of global malaria cases. However, not all malaria cases are fatal, and medicines are used to prevent infection.

Koulibali studied Animal Husbandry at Lycee Agricole in Bingerville, and graduated in 1989. As the youngest child and only college graduate in the family, Koulibali felt it was his duty to provide for his immediate and extended family.  His $180 a month salary as a civil servant was nowhere close to being enough. “My only option was to come to America,” he said.

Koulibali won admittance to Colorado State University, arriving in 1990 on a student visa. He knew he couldn’t afford the school’s tuition, and instead landed in New York to find work. But things didn’t go as planned.

In a Chinese restaurant, over a bowl of chicken fried rice, Koulibali’s friend explained the situation. Koulibali could no longer live with him, and instead, would live in the basement of a Haitian family. “From day one, I started paying rent. All I did those first weeks was cry in the basement,” Koulibali remembered. “I didn’t expect it would be that hard. I wasn’t getting money the way it was displayed on TV. Reality really hit me hard.”

Koulibali picked up English on the street. During the cold, Manhattan winter, Koulibali found his first job passing out Kodak Camera fliers. Homelessness was just one paycheck away, and he took any work he could find: security guard, dishwasher, stock boy, fast food worker. Making a living wage was not easy.

“I realized that America is a trap,” he explained. “If you don’t make anything for yourself, there is no point going back (home) because they would tell you they’d rather have your dead body come back. I knew I would do everything to succeed, and that was the main motivation for me.”

Then, Koulibali had a conversation with a friend who worked as a Certified Nursing Assistant (CNA). He suggested Koulibali find a job in nursing. The pay was far better than all the jobs Koulibali worked at the time—becoming a nurse was worth a shot.

By this time, Koulibali had received his green card as a seeker of asylum in 1992. After a couple weeks of training, Koulibali became a CNA, and worked in the emergency room of Barnabas Hospital in the Bronx. He washed, fed, and transported patients. Sometimes he relocated bodies to the morgue.

Hardworking and attentive, Koulibali was respected by hospital staff, and he developed a close relationship with Dr. Theodore Spevack. Koulibali wanted to pursue his interest in medicine, and Spevack’s letter of recommendation helped Koulibali attend the Des Moines University College of Osteopathy from 1996-2000. Koulibali financed his medical education through loans.

At last, he made it.

Koulibali flew his mother and uncle to Iowa from the Ivory Coast to attend the graduation ceremony. They stood by proudly as he walked across the stage and accepted his degree in Osteopathic Medicine.

Koulibali became a U.S. citizen in 1998. He got married in 1999, and when it came time for him to look for a job, he and his wife  wanted “a place that wasn’t too hot or too cold.” Oregon fit that bill, and Koulibali took a job as an ER doctor in Salem. Now, Koulibali divides his time between his hospital work and caring for his son and three daughters. The four children range in age from 14 to 20. His oldest daughters have said they hope to follow their father into careers in medicine.

“I feel like I am on top of the world,” he says. “Looking on my journey, from when I first got here in 1990 with nothing, not knowing the language, and today, as a doctor, I’m classified in the top 1%. That is big. This is the American dream.”

2 thoughts on “Manifesting the American Dream”