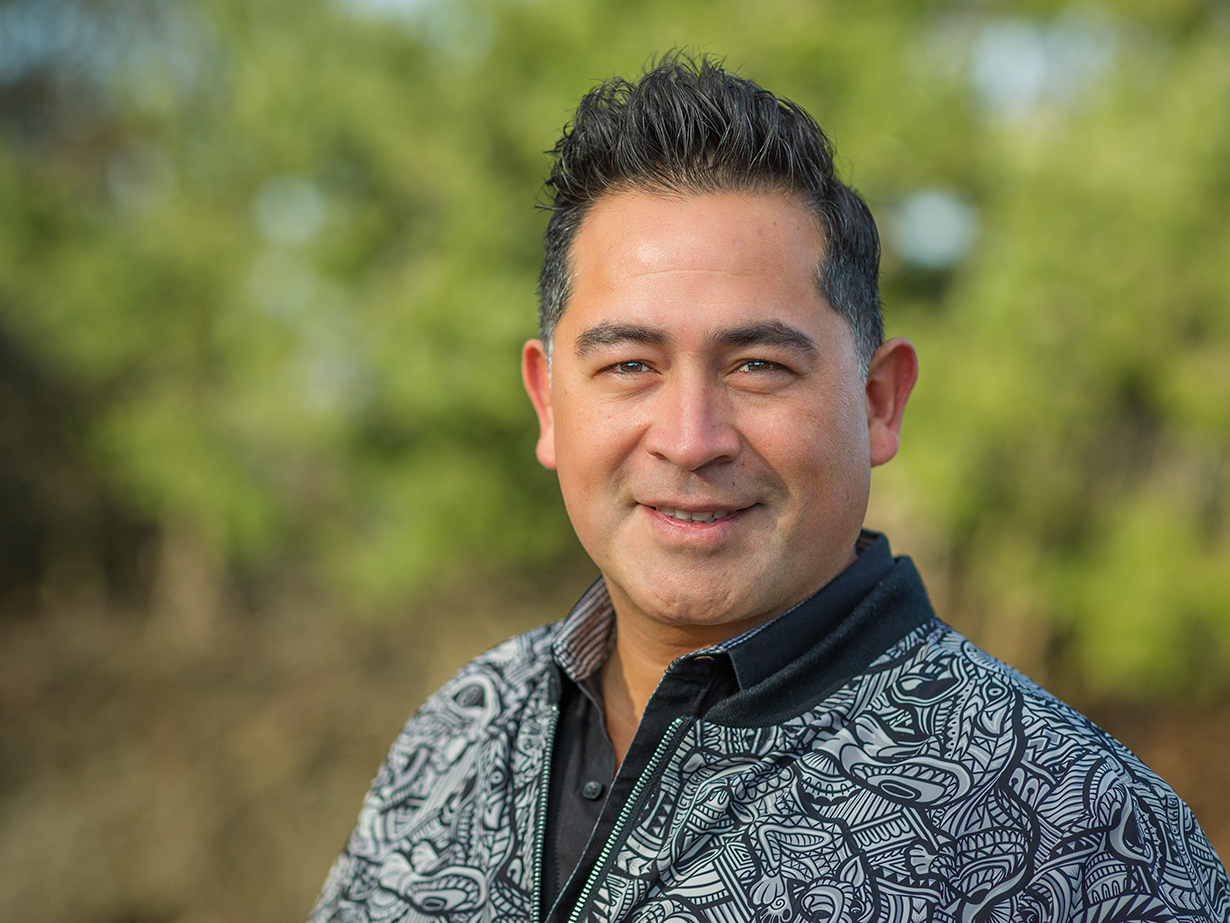 In elementary school Osvaldo Gonzalez felt sure that he was destined to be an outsider. “I felt like it was not OK to be me,” he remembers. “I would sit in the back of the room.”

Gonzalez was born in Los Angeles in 1977 to a seamstress mother and a father who worked in construction. Both had immigrated from small towns in Jalisco, Mexico. Growing up in a suburb of LA, Gonzalez recalls living on the same street as many of his relatives, which became his first community.

To add to this feeling of confusion, Gonzalez spent summers with his grandparents in Mexico, where he also felt like an outsider.

“There I was a little bit slower to the uptake of language. I didn’t know the jokes,” he says.  “Those things always left me with the feeling, whether I was in the U.S. or Mexico, that I belonged somewhere else.”

His mom signed him up for the school baseball team and, as he was sliding into third base during a practice, Gonzalez’ coach said, “You need a nickname so we can yell for you.” He suggested Ozzie, the name of a baseball hero of the day.

“That gave me an identity that was approachable (by) a part of the world that couldn’t approach me before,” Gonzalez comments.

“And that was my name until, when I was 17, my English teacher told me she really liked my name ‘Osvaldo,’ that it was a very poetic name,” Gonzalez says. “She asked me, in front of everybody, if I could show her how to pronounce it. That made a big impact on me; it was accepting that other side of who I was, (a part of me) that didn’t have a place in school before that.

“Gradually I really embraced (the two names) as the two pieces that make up who I am,” Gonzalez says. “It’s the bicultural, bilingual aspects of me, and each of them has a name.”

Throughout high school, he played multiple sports and developed a love for theater, which he briefly pursued later at Humboldt State University. He studied  environmental science, and met his future wife, Elizabeth.

As an undergrad, he worked as a handyman at a green technology research facility, which got him interested in renewable energy. After completing his first degree in 2000, he knew what he wanted to do next.

“I was on track to become an ecologist, but there was something that was gravitating me toward green technology,” Gonzalez says. “Architecture allowed me to actually get in the center of that conversation.”

In 2008, he and Elizabeth moved to Portland to raise their two children, both of whom are now in college. In 2019, Gonzalez founded P3 Consulting, where he provides  organizational strategies for a variety of businesses.

Even in his professional career, Gonzalez notices that his dual identity has never quite left him, especially when he works with Spanish-speaking colleagues.

“(To them), I’m the guy from the U.S., but I sound like the guy who cleans their shoes,” he says. “It’s fascinating to me to own up to that reality.”

In the 2020 election, he ran for mayor of Portland. He ran because he saw the need for new initiatives in the local political landscape.

Although Gonzalez did not win, he now realizes how much the campaign taught him about fighting for a cause, and he hopes that other Latinos will continue to fight for their cultural identity within a larger society.

“We exist in all tiers of society, yet we are still very narrowly perceived,” he says. “And to all of that, I put it on us, we have to live out loud, we have to show our existence.”

And now, years after being told what box to fit into, Gonzalez finds himself pushing the lines and celebrating himself and those around him.

“I tend to celebrate the cultural aspects of myself more loudly, more boldly, now,” he says. “It’s a way to show that we exist and operate on many levels.”