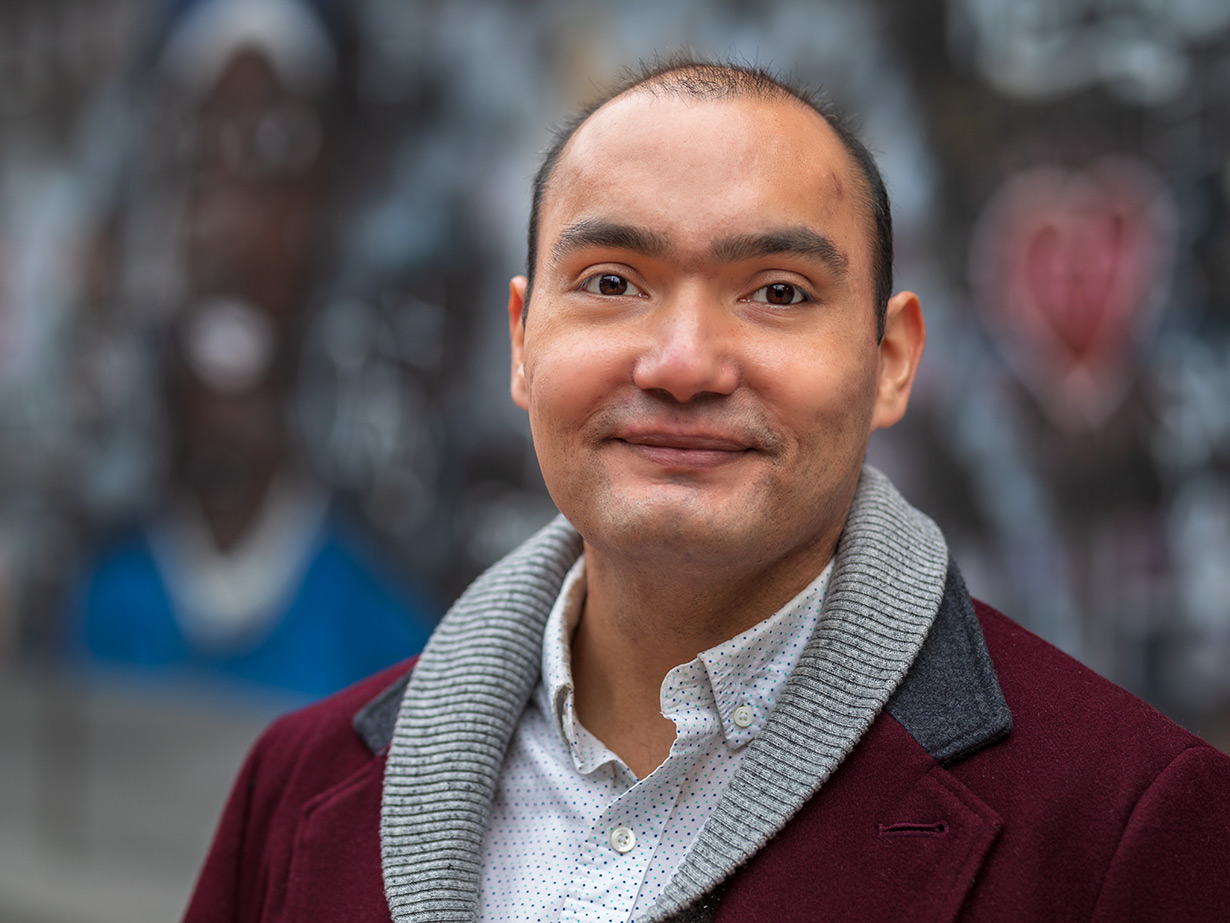 Daniel Franco Núñez’s earliest memory is being smuggled across the border into the US in his grandfather’s arms.

Núñez was born in Guadalajara, Mexico In 1985. Three years later, Núñez, his four older siblings and their mother and grandfather left their home in Guadalajara to escape the city’s uncontrollable crime. “I don’t think that anybody would rather cross the world if staying safe at  home was an option,” he says.

The family lived with relatives in San Jose, California for five years and then moved to Los Angeles, where his father joined them. Núñez remembers a hectic life, moving often and sharing apartments with other families. He went to twelve different elementary schools and three different middle schools. Núñez knew his family was illegal and constantly ran the risk of getting deported.  “In LA, they would do regular [ICE] raids,” he explains. “You would hear people say “la Migra,” and that’s when you run. As a kid, I always knew when my parents went to work having them come back was never guaranteed; you could be orphaned at any given time.”

In 1996  the family moved to Milwaukie, Oregon, where he entered  high school. “I was the only Spanish speaking kid, and I was completely different from everybody else, I was kind of like an oddity. In LA, everyone speaks some sort of Spanish at least,” he remembers.

As a teen, Núñez tried to keep a low profile, never drawing much attention to himself and discovering a passion for reading Japanese manga. “The number one rule growing up as an immigrant is don’t talk about it,” he says.

Eventually Núñez opened up about his legal status to his Spanish speaking counselor, Mr Aguilar, and learned about the DREAM Act. He grew more confident in seeking resources and pursuing his interests. “It was healthy to have someone in a position of authority who I could trust,” he says.

After high school, Núñez enrolled at Portland Community College (PCC), where he began to study art and health care. Soon after that, he became a learning coach at the North Clackamas school district working with Spanish speaking drop out students, with the goal of helping them graduate. He continued taking classes at PCC and also Clackamas Community College.

After a while, Núñez left school and decided to pursue real estate. “I saw it more as an opportunity to help my community grow financially and get some stability,” he says.

Though he is currently a licensed real estate agent, his primary career is with the  Human Rights Commission for the city of Portland.

He specializes in community safety and  helps teach a program called Neighbors Together. “The idea is to get neighbors to know one another. The most important thing for our community is to just know about our resources,” says Núñez. “We talk about implicit bias, why you call 911, and why you don’t need to call 911.”

Reflecting on his new public role, Núñez comments, “I would have never thought to do (this work) before, it would simply be too much attention. (But) receiving DACA gave me permission to talk about those things in public without fear of repercussions from immigration.”

Currently, Núñez is married, but his legal status still remains uncertain as he waits for a permanent residence card.

Going forward Núñez has a philosophy for facing uncertainty “Practice having mental stability to be able to have physical stability in your world. It’s important for us to be self aware of our mental state, and practice mindfulness. Growing up, things around me were super unstable, but no matter how bad things get in the world you can always retreat to yourself.

“Having mental peace gives you a starting point from where to work toward having external peace, It has to start from within.”

2 thoughts on “Conquering a Life of Uncertainty”