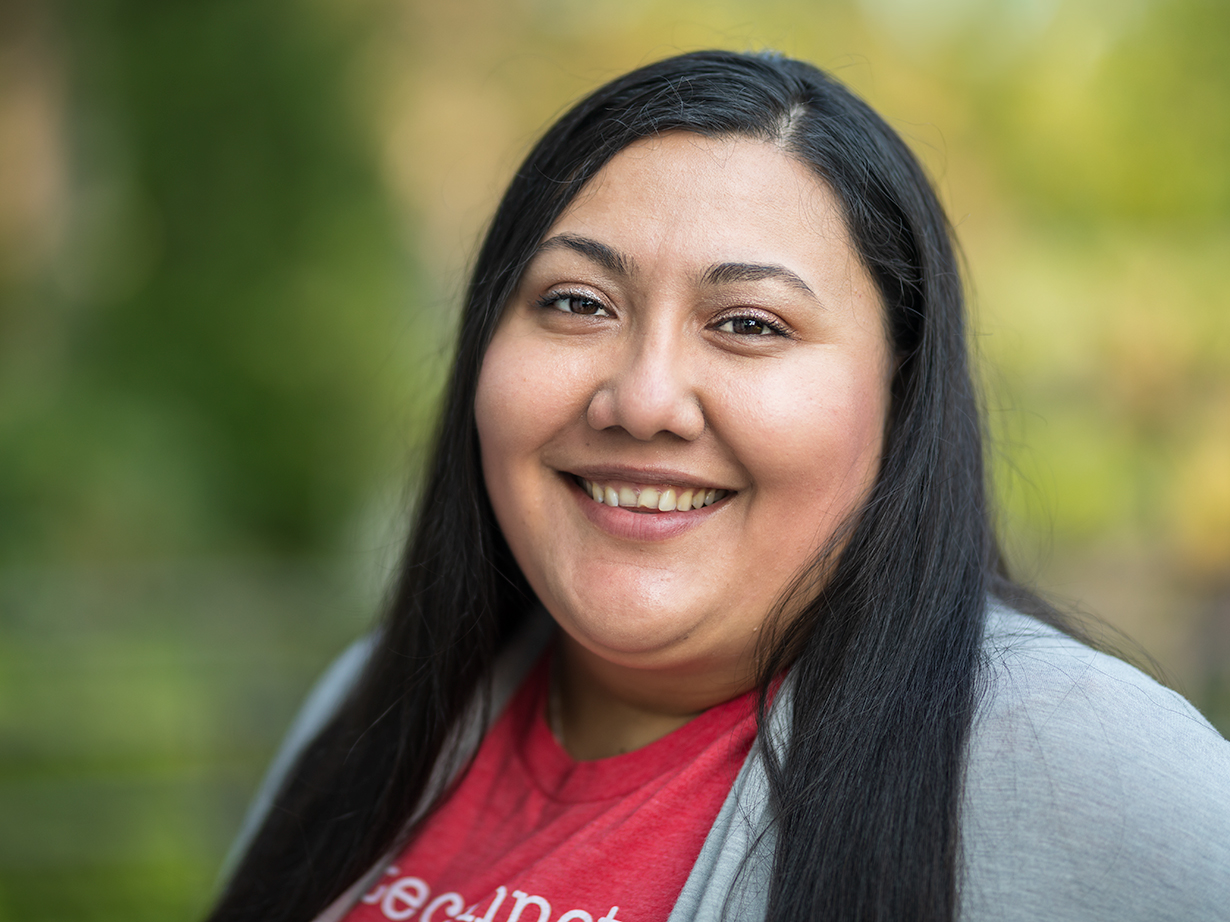 Even while battling kidney disease and working at McDonalds to pay her way through college, Marissa de los Angeles Roxinny Salgado Garcia never gave up on her dream of becoming a nurse. Now an RN, she works on the Washington County coronavirus task force, tracking the spread of Covid-19.

Salgado Garcia was born in Cuernavaca Morelos, Mexico, on May 30, 1990, the oldest of four.

Remembering Mexico, she says, “It felt free, we used to play outside all the time, and ride our bikes. I remember Christmas time with pinatas outside and our neighbors singing.”

She attended school in Cuernavaca until fourth grade, and has equally fond memories of those years. “I remember opening up the lunch my mom had made and smelling the food,” she says. “Sometimes when I buy a new lunch box for my daughter, I get the same smell and it takes me back to that.”

Those recollections of Mexico sustain her still. She has a small treasure box with a lock and key given to her by a childhood friend. “I use it to keep pictures of my cousins and grandparents in Mexico. I open it every so often for the good memories,” she explains.

Her parents had college degrees, her father, in engineering and her mother, in accounting. Yet, due to the Mexican recession caused by the devaluation of the peso in 1994, they could not find work. In August of 1999, her parents decided to emigrate to the United States. “I thought it was like a trip,” Salgado Garcia says, remembering the three-day bus ride, “I didn’t fully understand that my life was never going to be the same.”

The family crossed the border legally, on tourist visas, and settled in Grandview, WA, where her grandparents owned a house.

Starting school there, Salgado Garcia knew very little English, but credits her teacher, Mrs. Hinojosa, for helping her finish the ESL program in only one year. “I feel like in my life, I don’t know if I’ve been lucky or blessed, but I’ve definitely had the right people at the right times,” she notes .

In eighth grade her family moved to Forest Grove, OR, for better job opportunities. When the Forest Grove school pressured her to retake ESL, even though she was already fluent, her mother stood up for her, and she was able to continue with regular classes.

“We were facing some of that systemic oppression,” she recalls, “which at that point we didn’t really know that’s what was happening, but now when we look back and talk about it we can acknowledge that.”

Salgado Garcia’s parents always reminded their children they were undocumented, which scared Salgado Garcia, but also pushed her to work harder. “Knowing that I was undocumentnted the whole time,” she explains, “I was able to prepare myself for the real world outside of high school.”

At sixteen, she was diagnosed with stage four chronic kidney disease, and told she needed to be on dialysis until she could get a transplant. She was undocumented and without insurance, but her social worker stepped in and got her into a program with the National Kidney Foundation, which paid for the dialysis.

While battling kidney disease, she graduated with honors from Forest Grove High School in 2008, with her sights set on becoming a nurse. But her school counselors discouraged her, saying she would never get a scholarship because she was undocumented. “If I had listened to them I wouldn’t be where I am today.” she comments.

She was 19 when it became apparent her father was a compatible donor. She received her kidney transplant, but faced more problems when her insurance program ended. From a PCC classmate, she learned that working as an Equity Ambassador at the college would cover her insurance costs, so she was able continue going to school. “Another example of having the right friend at the right time,” she notes.

In 2011 she transferred to Portland State University to study public health, because she still hadn’t found a way to pursue nursing. When Deferred Actions for Childhood Arrivals (DACA) was announced in 2012, she applied, and was able to return to Portland Community College, where she achieved her goal and graduated with a nursing degree in July, 2017.

Sharing her story is important to Salgado Garcia. She wants to help others in her position, and also to acknowledge those who helped her along the way.

“If you feel lost, just keep going,” she advises. “Keep asking questions, and keep knocking at doors. Because a lot of doors feel like they are closing, from whatever situation you may be in, weather its being undocumented or something else, but there’s always something there for you.”

2 thoughts on “Keep Knocking on Doors”