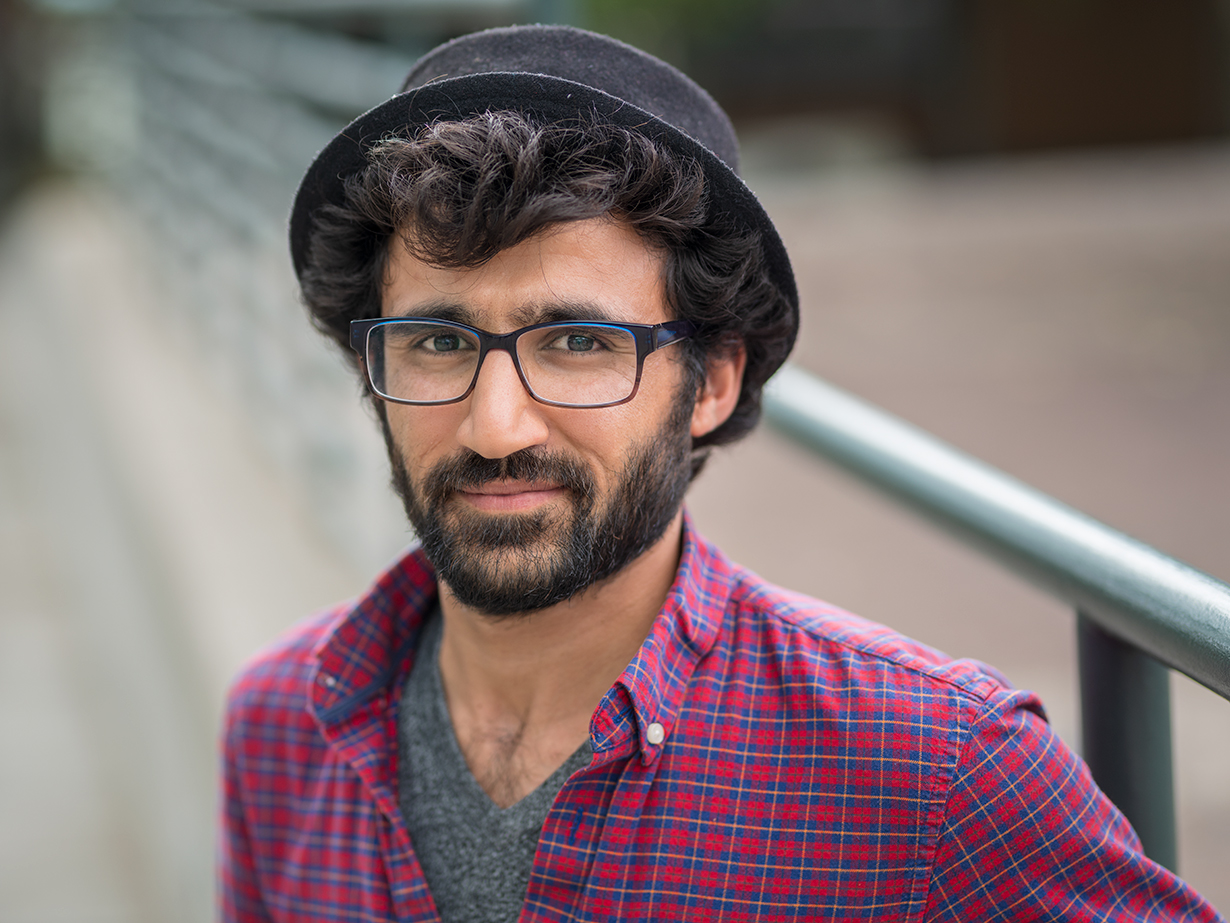 Every summer morning as a child, Ramazan Yiğit — Rama —  would rise before the sun in order to shepherd his family’s livestock until sundown in the small village of Karazog in the town of Karacoban, Eastern Turkey. Now in his 20s, he spends his summer days gaining leadership skills teaching circus arts and attending diversity trainings at school in Oregon. More has happened for Rama in between then and now than one American might be able to fathom.

“Cold” is an apt way to describe Kyrazog in Rama’s eyes. In winter, each child would bring manure to school to burn in order to stay warm throughout the school day. But Rama and his family barely had enough cow pats to keep their own house warm.

“I learned a lot from that responsibility,” Rama says. “But it wasn’t fair. People in the West went to schools with computers, while we had to hold this manure.”

This wouldn’t be the last instance of inequality he’d witness.

The first in his family to graduate from high school and begin college, Rama enrolled at Gazi University in Ankara, Turkey. He chose to study international relations after a year of required English classes. Rama soon noticed he was one of the only students from more predominantly Kurdish eastern Turkey. Everyone else seemed to be from the West.

Rama and his family are part of the largest displaced ethnic group on earth. Kurds have occupied land in the Middle East for centuries in a region unofficially known as Kurdistan. In Turkey, the Kurds comprise about one-fifth of the population. The Kurdish language and culture are officially discouraged across the country, which often leads to violent conflict and oppression.

It wasn’t long before Rama witnessed alarming bigotry on the Gazi University campus. Once, while speaking Kurdish on the phone, someone stopped him to say that his native tongue wasn’t allowed. Another time, one of his friends was tortured by 20 other students for reading a Kurdish book. Not the silent type, Rama knew he had to do something. He soon joined a Turkish Kurdish rights organization.

Rama became immersed in the cause as he moved into a house with fellow activists. But one day police raided the home and confiscated his laptop, which contained Kurdish content. Police told Rama to wait for a call from the Turkish courts, but he was about to spend a summer in America to help improve his English. With financial support from his family, he soon found himself working at a restaurant in Glacier National Park in Montana.

But his political woes were not far behind.

Following a 2016 Turkish political coup, law enforcement started seeking out Rama and other students for arrest. His American boss told him to apply for asylum.

“I didn’t even go to visit my family before I left,” Rama says. “I do remember talking to my sister and joking, ‘I’m going and never coming back.’”

He didn’t realize it would become a reality so soon; a coworker invited him to live in Portland, Oregon.

Working long hours in Portland, Rama eventually enrolled at Portland Community College (PCC), thanks in part to the generosity of his friends. He became interested in Kurdish businessman Hamdi Ulukaya, founder of Chobani Yogurt, and regularly wrote him letters asking for motivation to help him thrive in the States.

While Rama wants to learn a little bit of everything, his life path changed once more when he saw a professional juggler on the PCC campus. Now you might find Rama unicycling down Portland streets or teaching kids how to juggle at the Oregon Country Fair. He hopes to continue college but also to join Payasos Sin Fronteras (Clowns without Borders), a Spanish humanitarian group that organizes performances for children affected by war.

After years of chaos and action, Rama manages to strike an enviously simple and effective life balance.

“There are two things about me,” he says, “One, I really love juggling. Another thing is that I want to do something for people. I want to be part of a social change. I need to live my life and my joy.”