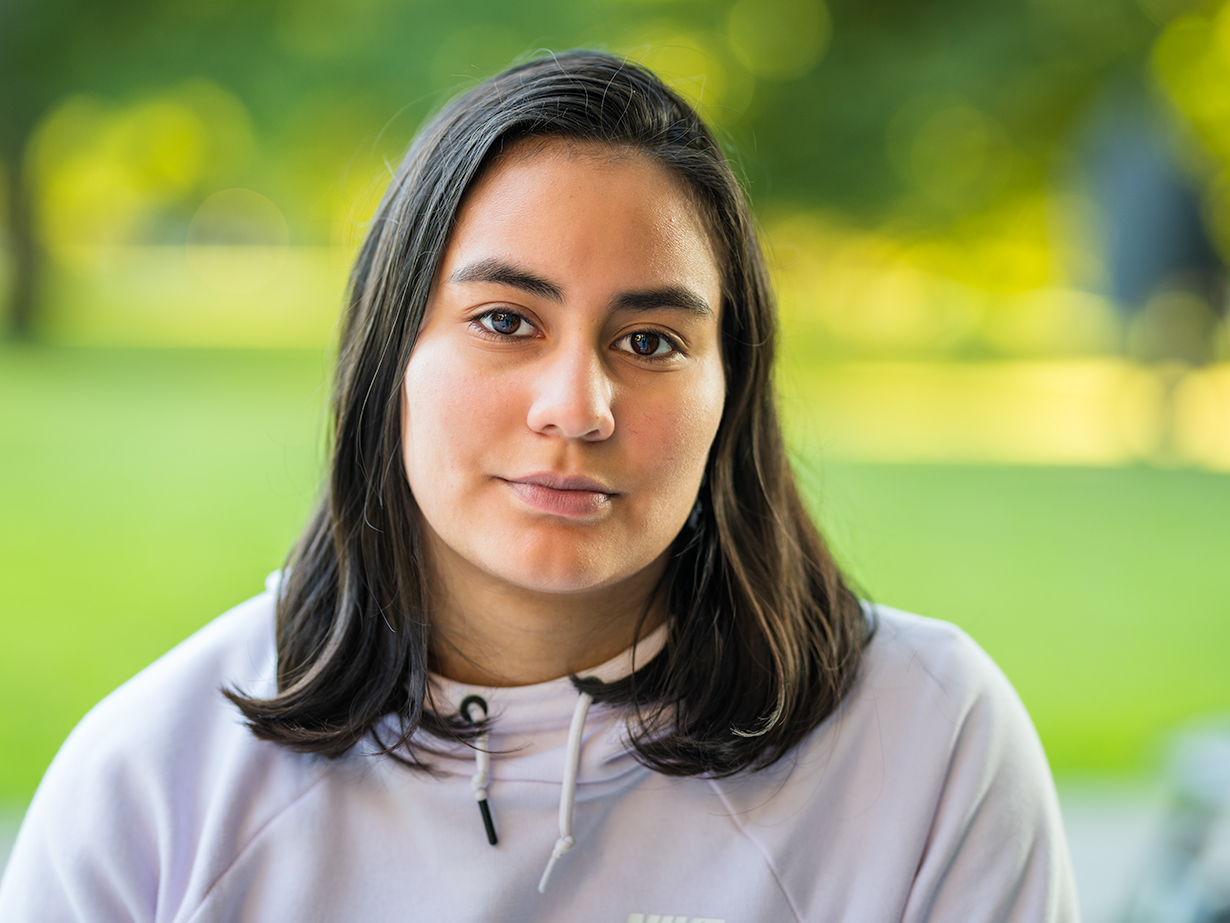 Claudia Marcela Benilla Morales, who goes by her middle name, was born Jan. 31, 2001, in San Salvador, the capital of El Salvador. Her parents worked at a bank and have continued their business careers in the United States. Her mother now runs her own preschool, and her father owns a roadside assistance company.

Growing up, Morales’ earliest memories are of playing outside with friends.

“Life was comforting, because my whole family lived on the same street,” she explains. “So I could just go outside and play with my cousins any time.”

In October 2006, 5-year-old Marcela and her mother emigrated to the U.S., joining Marcela’s father. Marcela’s memories of the trip are fragmented.

“I just remember being on a plane and taking off,” she says.

The family settled in Beaverton, Oregon, and Morales entered kindergarten soon after. One day at school, when she couldn’t find the bathroom in time, the five-year-old finally realized she was truly in a different place — one where she would have to speak a new language, English.

“Before that I don’t think I really understood that this was a different country,” says Morales, describing her point of view as a small child.

But she learned English rapidly during school and by watching television, even starting to forget some of her Spanish. For the first couple of years, she enjoyed the company of her older half-brother, but after he returned to El Salvador, she only spoke Spanish with her parents. “I didn’t think of speaking English as a way to fit in,” she comments. “It was just how I grew up at school where almost all my friends were English speakers.”

For middle school, her parents sent her to a bilingual charter school with a Spanish immersion program so that she would not forget her Spanish. “I still struggle with grammar in both languages,” she admits. “It’s so much to remember.”

Sunset High School took some getting used to because it was so big but by the end of her first year Morales felt comfortable there. She played basketball and soccer, though she was sometimes sidelined by sports injuries. “Sports is very important to me,” she says. “It’s how I forget everything and reset my mind.”

It was a class project in social studies during her senior year that started Morales thinking more about her status as an undocumented immigrant. In collaboration with The Immigrant Story, her teacher assigned students the task of interviewing classmates about their own immigration experiences.

DACA requires lots of “documentation and regular fingerprinting”, Morales comments, so she had been aware of her DACA designation but hadn’t thought much about it. However, when the teacher asked for a volunteer to speak — first to the class and later at a large public meeting where the students’ work was presented — Morales agreed to tell her story.

“I always wanted to be more confident about speaking out,” she says, “(I) saw this an opportunity to do this for myself and also for the DACA movement. For me it wasn’t talking about my status (that mattered most), but … being proud of talking in front of so many people. That was the challenge for me.”

Now a freshman at Portland Community College, Morales looks forward to a career in some aspect of geology, perhaps ecology or environmental studies. She intends to transfer to Portland State University for her final two years of study.