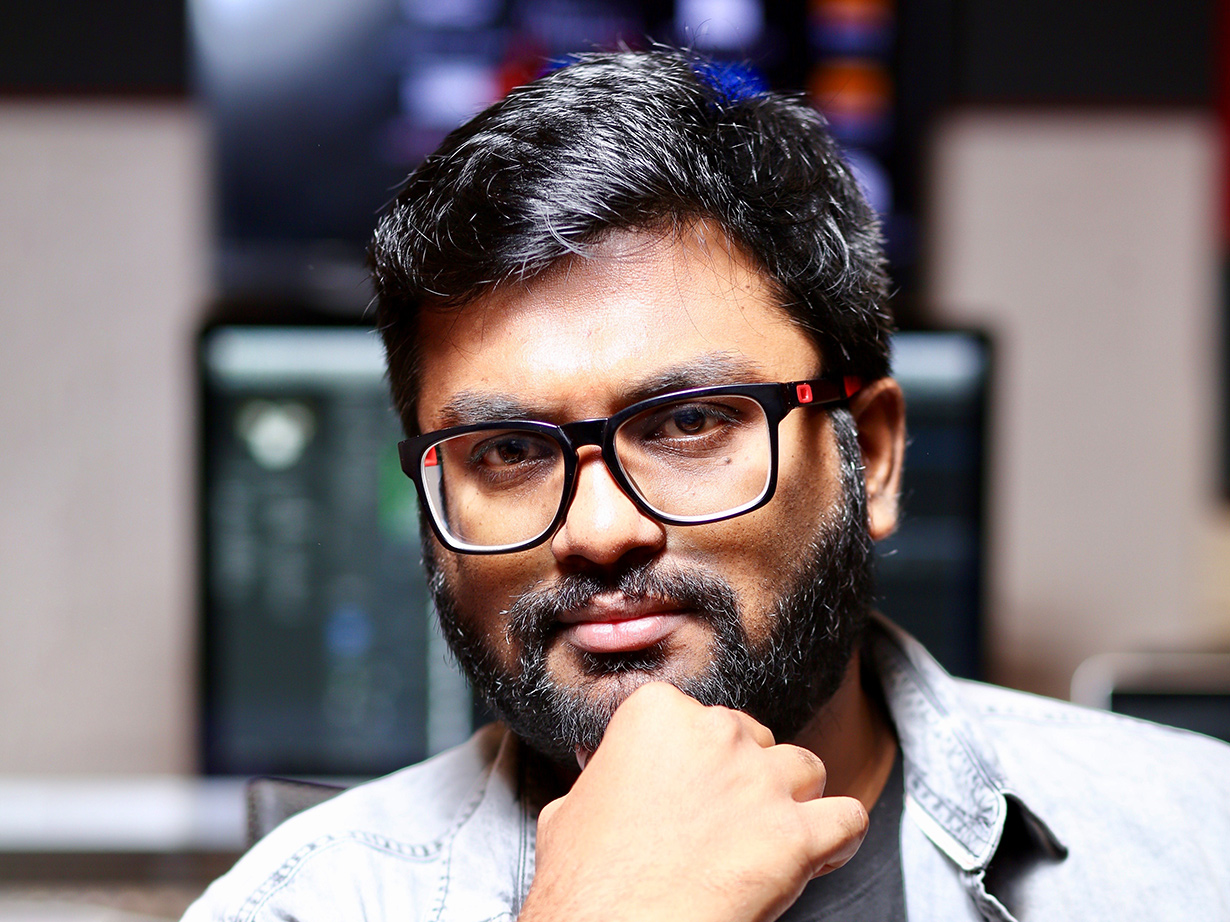 A few years into his engineering career at Intel, Balamurali Balu, who goes by Bala, wondered, “Is this really what I want to be doing for the next 30 years of my life?”

Bala had the career he studied hard for and the life his parents wanted for him. But something changed.

“I wanted to be something else,” he says.

Born in 1981 in a small village outside of Chennai in southeastern India, Bala had strict parents who encouraged him to earn high grades in school so he could become an engineer or a doctor.

When Bala was about 10 years old, his father, a mechanical engineer at the nearby sugar plant, bought him a cassette player.

“It transformed my world,” Bala remembers. “I was not very keen on listening to music before, but when I got this cassette player, I made a personal connection to music.”

Bala escaped his schoolwork by writing and composing his own melodies.

“It was a space where I could go completely into a different world and live a different life,” he says.

After graduating near the top of his high school class, Bala began his undergraduate education in engineering at Coimbatore Institute of Technology, about 300 miles away from his home village. Despite his rigorous course load, he still found time for music.

During his first year on campus, Bala heard about a school band. Students could earn a spot in the band through an annual competition. Bala did not have formal musical training, but he decided to enter the competition anyway, singing melodies he composed himself. After earning second place, he became part of the band for the rest of his time at college.

“It was a life-changing moment for me,” Bala says. “It was magical.”

After graduating from Coimbatore, Bala pursued higher education in the United States, beginning his master’s degree in environmental engineering at the University of Wyoming in Laramie. This eventually led him to pursue a Ph.D. in chemical engineering at Georgia Tech in Atlanta.

While a doctorate student there, Bala played in a punk-rock band that performed covers at local venues. Unlike his college band, which would often perform for large audiences, his new band played in front of much smaller crowds — sometimes as small as two people in a local bar. But that didn’t matter much to Bala, who said that if the band played well that day, they would “party like hell” afterward.

“It was more about personal satisfaction than the number of people watching us,” Bala says.

After graduating from Georgia Tech, Bala landed a full-time job as a research engineer at Intel in Hillsboro, outside Portland, Oregon. Despite the stability and comfort his full-time job offered, Bala realized music needed to play a bigger role in his life.

“If I miss making music even for a couple of days, I go really crazy and I get really stressed out and anxious,” Bala says.

Setting up a personal studio in his home and taking online courses at the Berklee College of Music, Bala began networking within the Tamil film industry. In the span of just three years, he had already scored music for up to 25 short films.

But after six years of working full-time at Intel and spending every evening in his music studio until 2 a.m. or 3 a.m., Bala felt burned out. He worried about missing his daughters’ childhoods and time with his wife.

Then came the opportunity to score his first full-length feature film. That was enough to make the decision clear. He quit his job at Intel and pursued music full-time.

“If you watch the channel for a day, you will listen to that song at least a hundred times,” Bala laughs.

Bala now works as a full-time music composer and producer, spending months traveling back and forth between the Tamil film headquarters in Chennai and Portland, where his family is based.

Although his work has been temporarily paused due to Covid-19 related setbacks, Bala is eager to venture into new movie genres, such as drama or romantic-comedy.

For other people who are considering a career switch, Bala suggests that they ask themselves a question: Will they be happy doing this for the next 30 years?”

“This is the same question I asked myself,” Bala says. “And I got my answer.”