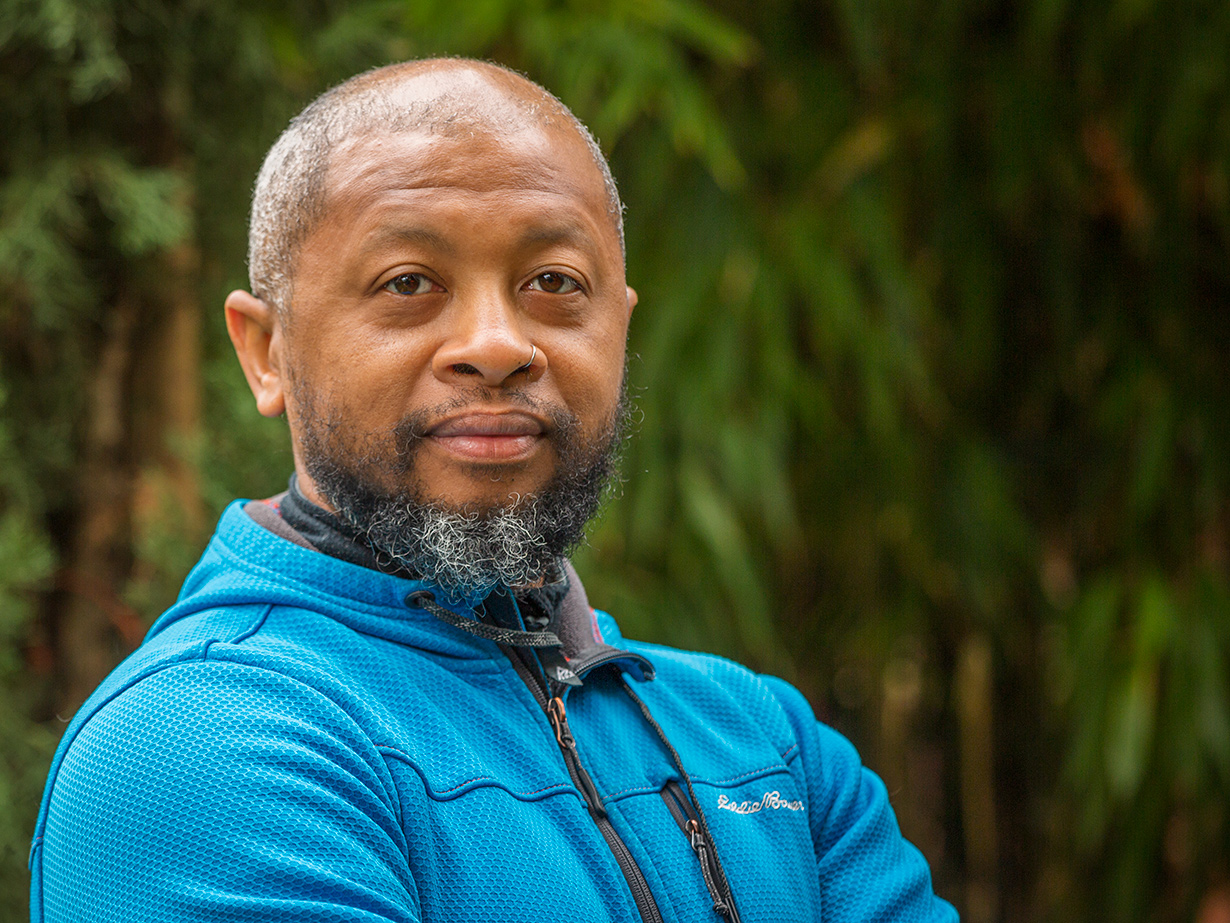 “I always knew I was a hands-on person. I liked taking things apart and putting them back together,” says Fiaindratovo Manavihare, explaining  how he approaches  problems. “Even as a kid, I have always been fascinated by geometry. If you gave me a little wooden cube, I would turn it around for many hours just looking at the angles.”

Manavihare, who has gone by “Mimy” since childhood, was born April 30, 1975, in southern Madagascar.

The family moved to Antananarivo, the capital, when Manavihare was five years old, but continued to visit the south often.

“We have a cultural connection there,” he says. “We have a rule when visiting the south: we speak our language in the house.”

He recalls his family’s welcoming nature: “Most nights I didn’t even know who was sleeping in the basement. My parents always helped those who needed a place to sleep or who were struggling in life.”

This gave Mimy the sense of growing up in a large family. He still refers to members of this extended clan as brothers and sisters.

Manavihare was never a strong student. He felt hampered by the French colonial attitudes that strongly influenced the school system in Madagascar. It was so rigid that he calls it more of an “elimination system” than an education system.

“There is no place for a hands-on learner like me in a system like that,” he laments. He recalls having to take final exams multiple times before graduating.

Luckily, Manavihare had creative outlets. “My family is a big music family,” he explains. “We love singing and playing instruments. As kids, we always had access to music classes and lessons from different teachers.”

At 16, he joined his brother’s band and began playing professionally. “Playing with those guys was the best music education I’ve gotten in my life,” he says.

“I still remember my first gig and having my first TV appearance,” Manavihare says, “There was only one TV station at the time so anything that happened, everybody knew about. All of my friends waited to greet me at the gate (at school the next morning) because they had seen me on TV the night before.”

His first performance offered a surprise benefit: “After that first gig I got a big fat paycheck and I was like ‘woah, this is something serious’ and I never looked back after that. That became who I am. From there on, I felt like “I can be a musician.’ “

While traveling with the band, he balanced his university commitments as a history major. “I liked university (better than high school) because I felt free,” he explains. “I could take all of my books with me on the road and study on my own.”

When he was 21, he met his wife Kirsten, a student from the U.S. who was studying abroad in Madagascar. “I knew her host family and we met at one of my concerts,” he says. “After she went back to Portland, Oregon, it took less than a year of back and forth letters to decide to be in one place together, and I decided to leave after that.”

For two years the couple lived with Kirsten’s mother in Portland and then moved to Boston so Manavihare could attend the Berklee College of Music. After earning a bachelor’s degree in percussion performance he played with musical groups around Boston, and in 2005 the couple moved to Oakland, California.

But the Bay Area was full of musical talent, and getting gigs was not easy. When Manavihare heard about a vocational college with classes in woodworking, he went to visit. The instructor took one look at him and said: “I know a woodworker when I see one, you should take my class.”

After just one semester, Manavihare was offered a job doing veneer preparation at Berkeley Mills. “That was it; that was the beginning of me doing woodworking,” he notes.

Manavihare and his wife moved back to Portland in 2010 following the birth of their first son. He looked for jobs at woodworking shops, then decided he could do better quality work on his own.

“So I decided to take the garage and convert it to a shop,” he says. “I started accumulating tools and pushing out some small jobs here and there.” That was the beginning of Mimy Designs.

Reflecting on his work both with creating music and designing with wood, Manavihare says, “‘Never look back’ makes sense (to me) because once you know you can do something, you find ways to make it happen.”