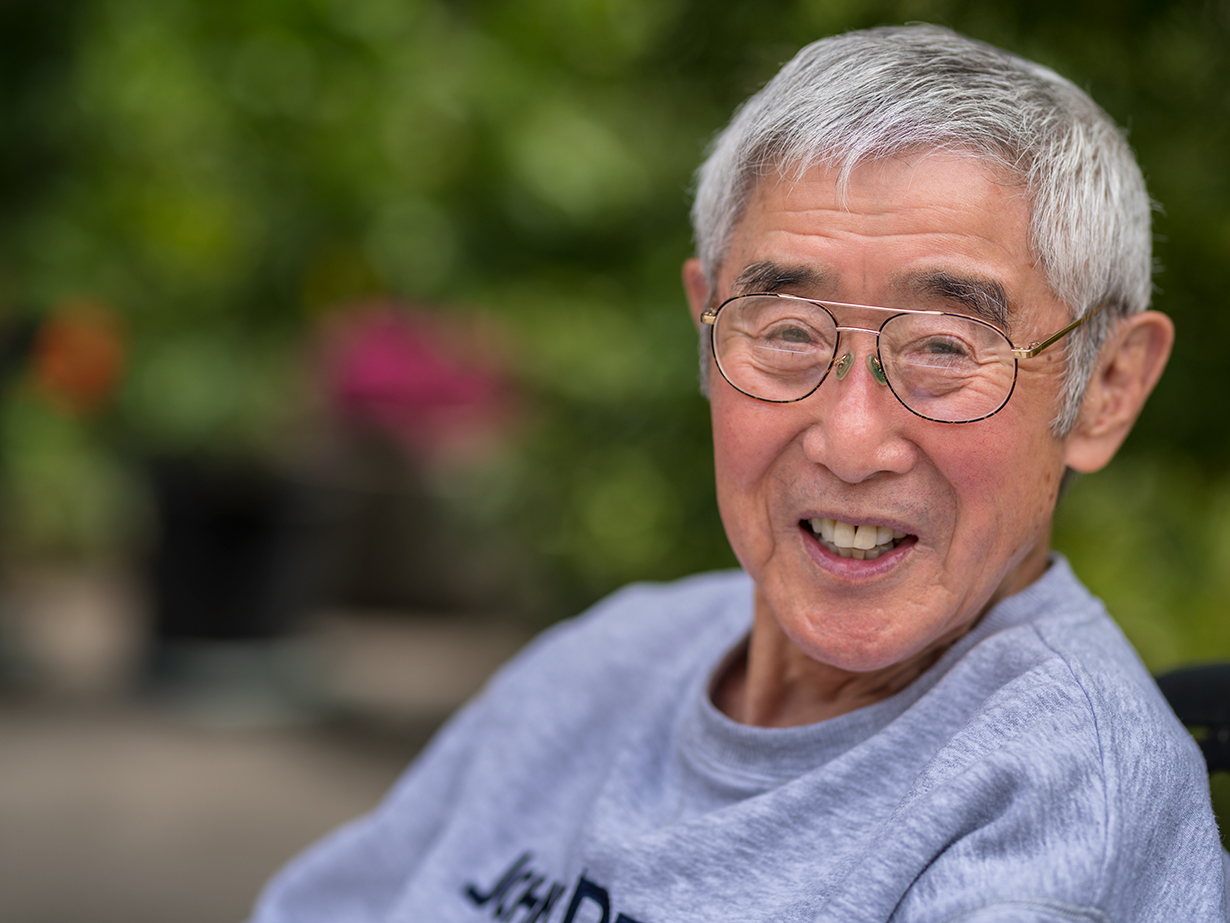 Tough new rules from the Trump administration produced graphic photos of children torn from their immigrant families and housed in detention centers that resembled prisons.

The images were disturbing, heartbreaking even, said Dr. Jim Tsugawa. But as distressing as these recent depictions might have been, they bore little resemblance to his own long-ago experience at what he freely describes as a “concentration camp,” the Minidoka detention center in Idaho, where more than 9,000 Japanese Americans were imprisoned during World War II.

“When you are young, you do not realize what war is,” said the 86-year-old retired dentist from Portland. “Me, I met kids my own age at the camp. It was fun. All I did was play.”

Just 9 years old when his family received orders to pack whatever each family member could carry in one suitcase and head to the hastily renamed Assembly Center — actually, the Pacific International Livestock Exposition Pavilion in Portland — Tsugawa was probably too young to understand the ramifications of Executive Order 9066. That was the measure signed soon after the Japanese attack on Pearl Harbor by President Franklin D. Roosevelt that sent more than 120,000 West Coast Japanese-Americans to 10 prison camps spread across the United States.

All of the camps were inland, Tsugawa noted.

“You could not be that close to the ocean because, you know, we were saboteurs,” he said.

The decision to incarcerate persons of Japanese descent catapulted Tsugawa out of a poor but loving and secure family setting. As the youngest of seven siblings, Tsugawa was born at Hillsboro’s Jones Hospital. He jokes that the story of his all-American first name — “I don’t know how true it is,” he said — traces to the fact that two little boys were born at the hospital at the same time.

“Mistakenly, the nurse took me in to (a) Caucasian mother,” Tsugawa said, smiling. “She screamed.” Maybe because of that moment of cultural collision, “Mom named me Masao — brackets — James,” he said.

From then on, he was known as Jimmy.

His father, a strawberry farmer, succumbed to lung cancer when Jimmy was just a year old. Somehow, his widowed mother managed to eke out a living running small grocery stores around Portland. His brother Henry joined the Army, serving in New Guinea, the Philippines and eventually with the U.S. forces that descended on Tokyo.

After a summer in the old Livestock Pavilion, Tsugawa and his family were loaded into a train and shipped to the camp near Twin Falls, Idaho. He remembers barracks and rows and rows of tents. Tsugawa quickly discovered that the camp’s best mess hall cook was in Block 29. He attended school on site at the camp.

But soon, his mother fell seriously ill. Once again, the family was sent away, this time to Boise, where within two months his mother had died of cancer. Tsugawa and the siblings who were not either married or serving in the military were sponsored for residency in Boise by a kindly man Tsugawa remembers as the Rev. Johnson, who also rented them a home. As always, young Jimmy made the best of a difficult situation.

“Within a radius of four to five blocks, there were eight kids my age,” Tsugawa said. All were Caucasian, he said, and not once did he hear an ethnic slur or a deprecating remark. Tsugawa attended fifth through eighth grades in Boise.

Once the war ended, the siblings reunited and returned to Oregon. His brothers George, Henry and Ike rented 32 acres of land and raised strawberries. Another kind person, Bill Hammel — Tsugawa still thinks of him as Farmer Bill — rented them a house and allowed them to use his horses. To pay the rent, the Tsugawas milked Farmer Bill’s cows each morning and spread the manure. Jimmy attended a two-room grade school before entering Beaverton High School in 1947. Among the 840 students, he said, “There were no blacks, no Chinese, no Filipinos. Just me. I was the only nonwhite person there.”

Improbably, the high school football coach spotted the school’s only Japanese American student tossing a ball on campus and realized that the skinny kid who stood maybe five-feet-five inches tall had a heck of an arm. He played varsity football all four years at Beaverton, as well as four years on the varsity baseball team and — still more unlikely — three years of varsity basketball.

As a running back on the football team, Tsugawa said, he was known by teammates and rivals alike to be speedy on the field.

“That was because I was scared,” Tsugawa quipped.

His sports skills won him a scholarship to Lewis & Clark College. But he now admits that he was too young, too immature to take college seriously.

“I was probably flunking every subject,” he said.

Instead of waiting to be kicked out, he withdrew and enlisted in the Army.

Maturing in the Military

Just in case fortune had not already shone enough on this young man, he was sent not to Korea, where the U.S. was at war, but to Germany. Again he played football — and again, “I had a great time.”

Two years in the military helped him grow up. After his discharge, he enrolled at Oregon State University, intent on studying medicine, but leaning toward dentistry because he “didn’t want all those night calls.”

This time he got serious.

“I studied my fanny off,” Tsugawa said.

One day he was walking across campus with a friend from Hawaii. He glanced across the street and spied an attractive young woman. He managed to cadge her phone number and gave her a cold call.

“You don’t know me from the man in the moon,” he began. “But would you like to have lunch?”

Well, he tried again, how about dinner?

Jimmy and Amy Tsugawa have been together ever since. For 46 years they have lived in the same house, with two impeccably manicured acres of garden and tall sequoia trees. Their daughter Lisa and their two granddaughters live nearby.

Back to the Camp

Amy, a native of Hawaii, had also been sent to camps in Arkansas and Arizona. Two years ago, the couple joined a large group to visit Minidoka and see what was left of the camp. The tour broke into groups of 10 to 12 people, with, Tsugawa said, some of the “older folks” telling stories about their internment experience that they had never before shared with anyone.

For his part, Tsugawa had a more mundane mission in mind.

“What I came back for was to see the irrigation canal,” he said. A nearby farmer would release the water, Tsugawa said, providing a roaring river for the kids of Minidoka to swim in. They also snuck out at night to pilfer the farmer’s potato patch. Bonfires by moonlight at camp meant delicious potatoes baked over a fire.

Witnessing the destruction of families under the Trump administration’s harsh immigration policies may not trigger traumatic memories for Dr. Jim Tsugawa. But he does not dispute the damage that many of the children wrested from their parents will face.

“I don’t think Americans are aware of the consequences of what is taking place,” he said. “The kids, they suffer.”

After all, Tsugawa pointed out, “This is a nation of immigrants. You, me, all of us.”