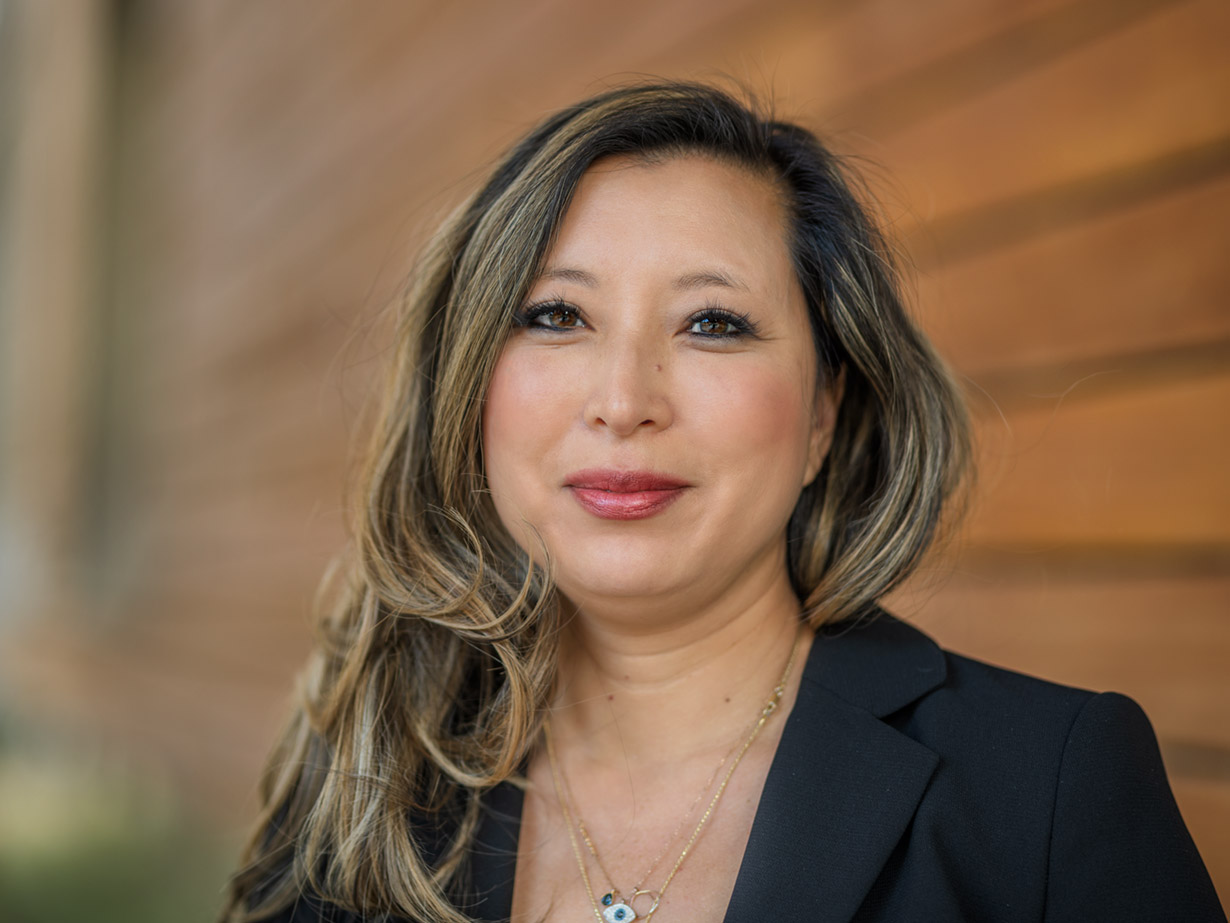 The first time Liani Reeves realized that other people saw her as Asian was in the fifth grade.

“Everybody decided that Michael Lee and I should  get married because we were both the Korean kids in class,” Liani remembers. “It was an odd concept because I never associated myself with being Korean, even though I was born in Korea.”

Aside from their birth country, the two young students shared little in common. Where Michael grew up in a Korean home, ate Korean food and spoke Korean, Liani did none of these things. Adopted in 1976 when she was just three months old and raised by a white family in the hamlet of Boiceville, New York, Liani was surrounded by white classmates until Michael Lee came along.

While Liani’s Asian American identity was just beginning to take shape, her identity as an orphan and as an adoptee was already well-formed.

“I remember my family, from a very early age, explaining how my brother came by stork and I came by plane,” Liani said. “And they were very transparent and clear with me that the reason I was there was because there was a family that decided that they could not take care of me. So … that orphan identity is something that is so ingrained in who I am.”

Though Liani felt loved by the family who chose her for adoption, she had anger issues and severe anxiety about abandonment. She fought with her family, broke toys and slammed her bedroom door until she put holes in the wall.

“I was just really angry,” Liani recalls. “I think, looking back at it, it was sort of me testing the boundaries with my family … to see how much I could get away with to make sure that they kept me.”

Anger directed toward her family aside, Liani describes an otherwise typical American childhood. She loved her cat, playing with friends and building snow forts in the winter.

At the age of 12, her family moved across the country to Coos Bay, Oregon, a coastal community of about 16,000 people. Soon after, things took a rocky turn for Liani.

“I just got bullied by a big group of girls in high school and it was a terrible experience,” Liani remembers. “It was the first time where I realized that my Asian identity was being used against me in a way to put me down and make me feel like less. I got in fights. I got suspended.”

“‘Chink’ was a regular thing that was scratched onto my locker,” Liani says. And her classmates liked to prank call her at home, saying “ching-chongy” and other racial slurs when she answered the phone.

Despite increasing tensions and a pattern of suspensions, Liani’s mother believed it was simply “mean girls being mean girls” and that things would blow over. But Liani knew it was more.

Around this time, Liani began to receive unwelcome attention from boys as well.

“I was a freshman and a senior boy who rode the bus with me sat next to me on the bus,” Liani explains. “He pulled a knife on me and put it up against me and said, ‘Chink, go home.’ But then he also tried to grope and kiss me. It was just really confusing to have that type of experience where somebody both hated and kind of loved you at the same time.”

This incident — and others that followed — were eye-opening for Liani in seeing how her identities as a young woman and as an Asian American intersected.

After a year of steady racist attacks and bullying, her parents decided enough was enough. They hired a lawyer and threatened to sue the school. The school district took notice and, to Liani’s great relief, was able to bring a swift end to the harassment.

“I wanted to be able to have whatever power lawyers had that they could go in and make that kind of profound change in somebody’s life, like with the snap of a finger,” she says.

Liani, with her heart now set on becoming a lawyer, graduated at the top of her class and received a full scholarship to study at Willamette University in Salem. Salem felt like the “big city,” Liani says, and for the first time she was seeing and meeting other Asians regularly. After years of rejecting her Asian identity and modifying her appearance by bleaching her hair blonde and wearing green contacts to try and fit in, Liani tried a new approach.

“I really tried to embrace being Asian,” she says. “I joined the Hawaii Club, and most of my friends were Asian. I tried to take some Korean.”

Liani was excited to have her first Asian boyfriend, but he was embarrassed that she couldn’t speak Korean and refused to introduce her to his family. Hurt and confused, Liani came to understand that looking Asian did not necessarily make her part of the community.

“I think eventually what I found was I could find a way to serve the community as a lawyer,” she says.

Liani, former General Counsel to the Oregon Office of the Governor, now works with public, private and nonprofit clients at Bullard Law. She was the 2020 President of the Oregon State Bar –– the first Asian American and the first woman of color to hold the position. Liani is grateful for the many opportunities she’s had to drive change both within the system and in the community — and to be a mentor.

“I feel like I am a public servant at heart,” Liani says. “I really like working with governments to make sure that they’re diverse, they’re accessible, they’re inclusive. I think you can make a lot of change from the inside.”

Liani says her sense of identity and security has been deeply shaken by a climate of increasing hate crimes against Asian Americans and anti-immigration politics. To combat that animosity, Liani makes a point of sharing her story and speaking out to educate others about hate and violence directed at Asians.

“It’s easy to see highly successful people and be like, ‘Oh, it’s so easy,’” Liani notes. “So talking to my mentees, talking to other people, talking publicly about the ways in which I have fallen down and I had to go get mental health treatment, that this hasn’t always been easy, that I’ve made mistakes, that I’ve been angry, that I’ve taken it out in unhealthy ways. It’s important for me to talk about that stuff so that people understand that it’s OK if it doesn’t come easily, you know? Like, everybody struggles in their own way.”

“My identity as an adoptee, I think I carry with me wherever I go,” she reflects. “It’s always been my strongest identity. It impacts my relationships. It impacts how I view family and impacts my sense of self and security in most settings.”

She is proud of her journey from an orphanage in Seoul, South Korea, to become a successful attorney in the United States. But Liani wants others to know that the adoption story is not the same for every adoptee.

“People don’t tend to see adoptees as immigrants,” she points out.