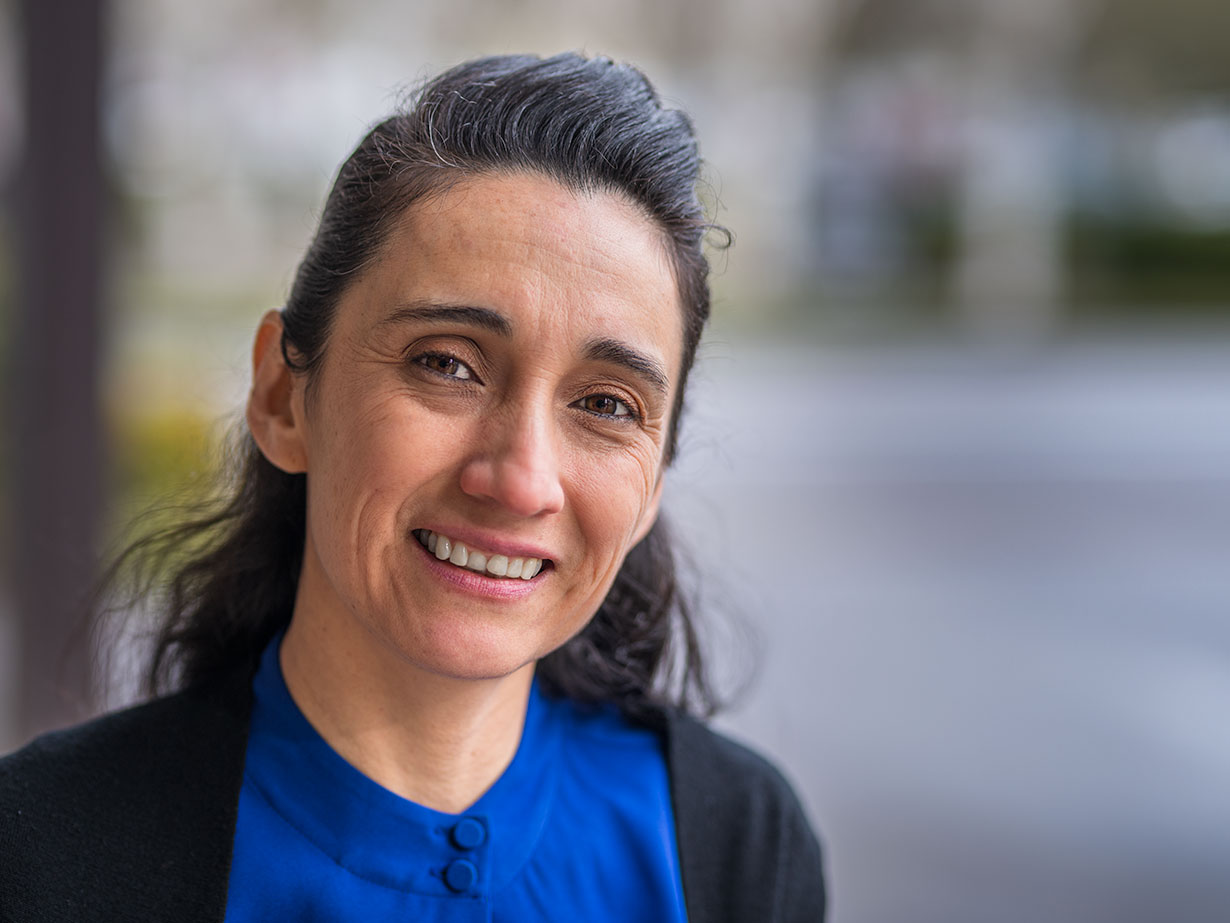 Elizabeth Flores always knew that it was up to her to solve her own problems.

Flores was born in 1976 in Santa Ana, California and raised in both the United States and Mexico. Flores and her four siblings lived in a small town in Mexico with her mother, with occasional visits from her father, who lived and worked in California. Once when he visited, her parents argued and he insisted the family leave the town where they had settled. From then on, their life became unstable and they moved often.

When Flores was fourteen, the whole family finally resettled in Anaheim, California. “But my dad would act abusive and I would call the cops,” she explains. “Then he would call me a Mother Theresa.”

At school, too, she constantly found she had to stand up for herself. She had always been a straight A student, from perfect grades to perfect attendance and behavior. Yet in California, she was belittled for coming from outside the state, judged based on typical Mexican stereotypes and placed in classes where she was not being challenged. “Not knowing English they presume you must be in the lowest level,” she explains.

In high school, Flores got into after school sports, including cross country. “It’s what saved me from my parents,” she says. “My cross country coach, William Chavez, was a great mentor. He would see who you are and help you through things.”

It was Chavez who suggested she try honors classes and pushed her to apply to college. Because she was a U.S. citizen, she was eligible for scholarships and grants, unlike her siblings who were born in Mexico.

“There was a guilt for not doing for your family and doing for yourself instead,” Flores says, remembering the college application process. “And my mom asked why I didn’t stay closer to home.”

But Flores realized she could not stay in southern California because she knew that in order to help her family she had to help herself first and so chose the state school furthest from home.

Chavez even drove her to Humboldt State University in northern California and got her settled there. He would call on weekends and encourage her to keep her grades up.

During her years at Humboldt she met another mentor, a scientist and researcher on the faculty, who encouraged her to pursue her interest in medicine and helped her find summer pre-med programs.  One of the reasons she went into medicine was because of her experiences accompanying her family to doctor appointments and having to translate. She knew there was a need for bilingual medical professionals.

Flores was still maintaining perfect grades while tutoring and working at the library to help pay for her school. Upon graduating, she was awarded Woman of the Year.

Flores decided to go to UCLA for medical school. While there, she married her long term boyfriend, whom she had met at Humboldt, and had two children. Flores graduated from UCLA in 2004, did a residency at University of Southern California and a fellowship in geriatrics.

The family moved to Oregon in 2008 and Flores worked in several medical clinics before deciding to open her own business in concierge medicine, specializing in caring for older adults.

After a long journey Flores now finds herself and her family in a stable home. She is married to Ozvaldo Gonzalez, who works in architecture and construction. Together they raise a 17 year old and an 18 year old.

“Believe in yourself, know that there are people out there that care,” says Flores. “It’s up to you to reach out and find those people, find your friends. Attract positivity by being positive. It’s a lonely world at times. But you’re not alone. There are so many things you can do for yourself and for others, so keep on trucking,” She will never forget where those words got her.