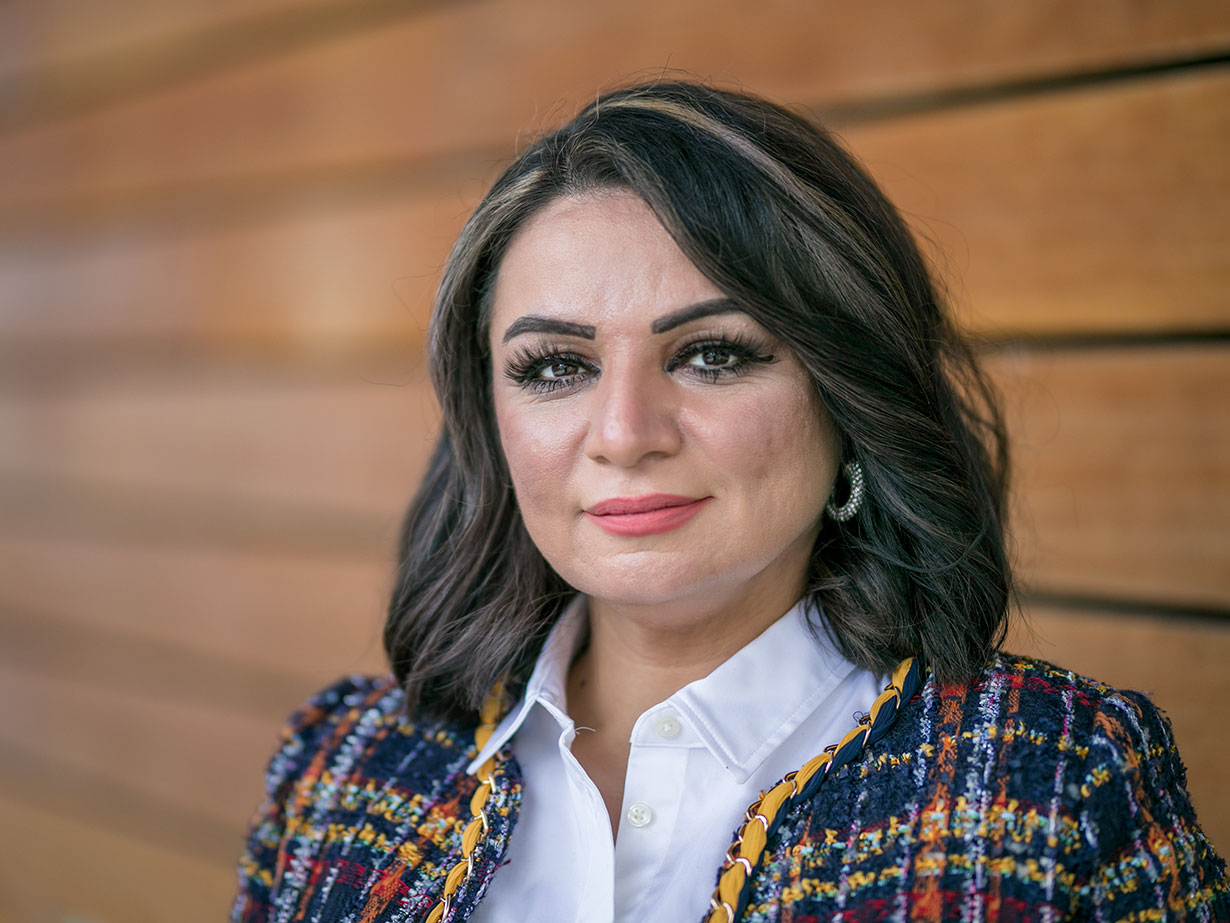 “I was pregnant when the U.S. invaded,” recalls Murooj Alshawi. “When I heard the bombs, I started shaking and didn’t even feel my daughter in my stomach.  I wasn’t sure if she was going to make it.”

Alshawi was born in Baghdad, Iraq in 1977 and grew up in the midst of three wars.

She remembers a happy childhood, though, playing with her younger siblings and neighborhood friends. Murooj and her classmates soon became adept at bomb drills, as children in the U.S. are with emergency drills. They learned to hide under their school desks every time the city’s siren sounded.

The economy, too, was in shambles as embargos were placed on Iraq, forcing Murooj’s mom to balance two jobs.

Still, Murooj worked hard and graduated with her Bachelor’s degree in business as one of the top 10 students in her class at Al Turath University.

While in college, mutual friends introduced her to a fellow student, Abdul Mutaleb. It was love at first sight, and they got engaged in 2002, a year after she graduated.

But soon, Murooj was once again in the epicenter of war, and pregnant with her first child. She went into labor at around midnight, and with a curfew placed on the city, Murooj and her husband had to pass through three military checkpoints on their way to the hospital. Once they arrived, it was chaotic.

“I just remember maybe 17 women in that hospital room… many of them had to deliver in the same room,” she says. “I started to panic, and my baby’s heart rate dropped. I had to have a C-section. Thankfully, my daughter was born healthy and beautiful.”

In 2006, just a month after giving birth to her second daughter, Murooj and her husband moved their young family to her cousin’s house in the United Arab Emirates. But, after three months of fruitlessly searching for work, her husband made the hard decision to return to Iraq. He worked for FedEx at Baghdad’s international airport and slept in his office because it was not safe to go out in the streets. He could afford to visit Murooj and the children only every few months. In 2010, after their third child, a son, was born,  they decided to apply to come to the U.S.

Abdul Mutaleb was eligible for a Special Immigrant Visa because he had worked for FedEx, a U.S. company. They finally received the document  in 2013 and came to Troutdale, Ore., where a friend was living. Murooj had to say goodbye to her family in Iraq and has not seen them since except for her mother, who was able to visit in 2017.

After her son started kindergarten, Murooj began to look for work outside the home. She tried jobs in childcare and banking, then acquired her real estate license.

She realized she had found her calling. “I love my job!” she says. “I love networking. I know a lot of people, and I love meeting people and helping them. I drive a lot for work, but I don’t care. I tell my clients I have lived through three wars — I don’t care!”

Murooj works mostly in Hillsboro but will drive almost anywhere for her clients, even as far as Kennewick. She and her family live in Camas, Wash., where she plans to stay so her children will have the feeling of a “permanent home.” Her husband sometimes drives her around as she makes calls to current and former clients.

“I put all of my emotion into my work. I take care of my kids and my house, but I focus on my work,” she explains. “I build good relationships with my clients by: being honest, listening to them, earning their trust, and taking part in their lives.”

Seventy percent of her clients are Iraqi, so Murooj can provide a familiar and safe presence for them. “With each transaction, I have a story, how my client lost their home, how they moved, how they dreamed of owning a house here in the United States. I have a client who called and told me, ‘In the mornings, I open my window, I drink my coffee, and I say thank you, Murooj.’”

Her work has not gone unappreciated by her colleagues, either. For three years in a row, Murooj was honored as Keller Williams’ top salesperson.

“I feel like I have truly helped my community,” she says. “When I hand over the key to their new homes, it’s like I’m giving them a key to the American Dream.”

One thought on “A Key To The American Dream”