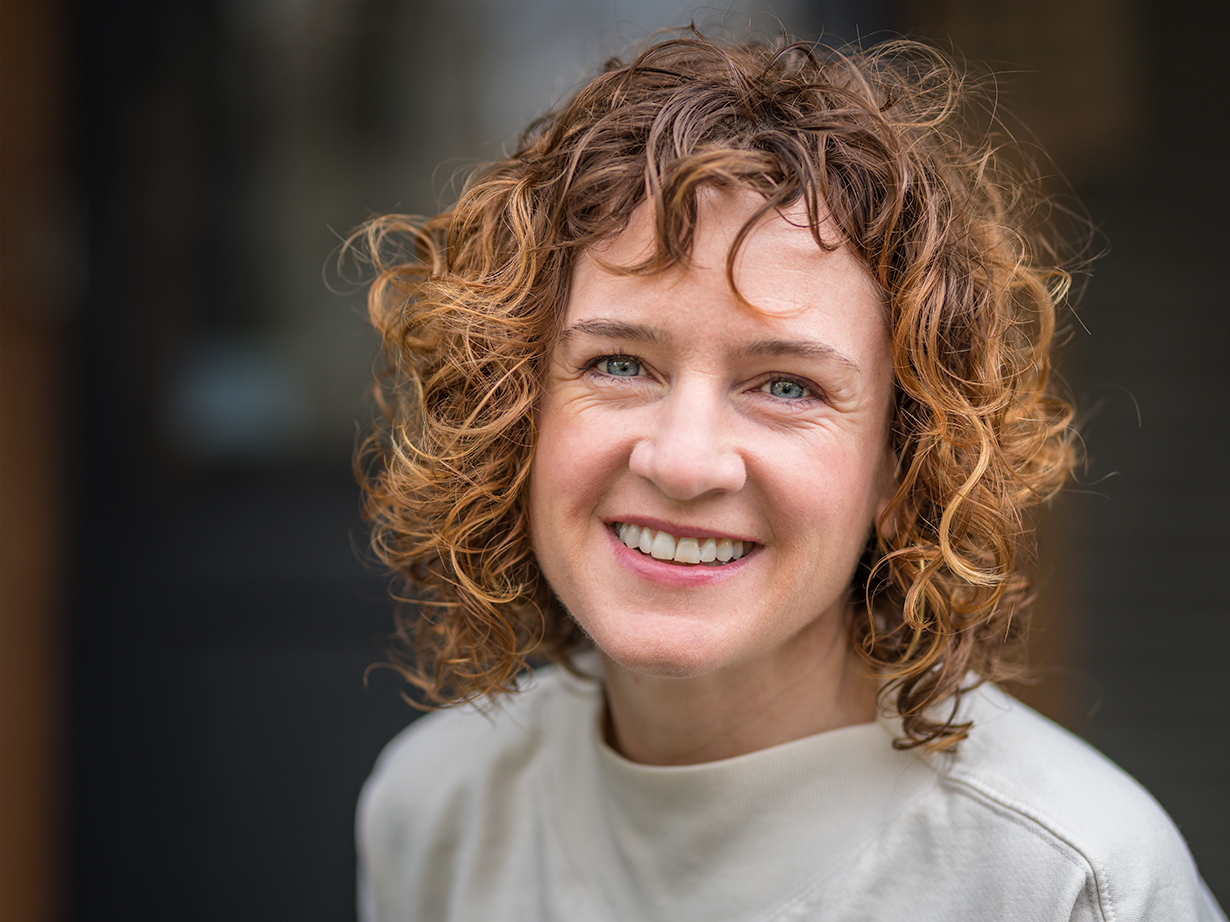 “Being an immigrant is part of my identity,” says Fiona McCann. “Even though I am aware of my good fortune at passing as part of the dominant culture, I’m most comfortable as being in some way an ‘other’. ”

McCann was born in Dublin, Ireland, in 1974 and grew up in a small town nearby. She remembers an idyllic childhood with plenty of time to read the books she loved and to play outdoors. She and her two sisters, like most of the local children, went to a Catholic school. Classes were taught in English, but she also learned Irish Gaelic as it was a mandatory subject.

Although The Troubles began in Northern Ireland while she was growing up, she always felt safe.

Emigration has long been a part of Irish history, McCann notes.

“It was presented to us growing up,” she explains, “as partly heartbreak but also as the only way to succeed economically. Those letters from America always meant remittances, money coming in. And, of course, there was the lure of seeing exotic places!”

She got her first chance at foreign travel when, after her junior year at Trinity College in Dublin, she went with friends to work on Cape Cod for the summer. As soon as she earned her degree in English literature, she took off again, this time to teach English in Japan for a year.

Back In Ireland, she spent a year teaching English at the local high school she herself had attended and then decided to try journalism. She earned a master of arts in journalism at Dublin Institute of Technology and took a job with the new web division at The Irish Times.

But she still had a restlessness to see the world. After a year, she left the Times and went traveling with a friend, spending time in India, Nepal, New Zealand, Australia, Chili, Peru, Colombia, and Ecuador.

“I could finally get a glimpse of the different ways of thinking I had only read about in books,” she remembers.

Back in Dublin working on The Irish Times website, she covered the news of 9/11 as it broke in real-time and realized that this was the future of journalism; this was how news was going to be written from now on.

“I still wanted to learn another language and understand another culture profoundly,” she says, “so I decided, after falling in love with Latin America on previous travels, to go to Argentina.”

She stayed in Argentina four years, becoming fluent in Spanish and working at several jobs: in a bar, as a journalist for Reuters TV, and as a translator. While there, she met David, the man who started out as a writing buddy and ended up being her best friend for life.

Although she loved living there, McCann decided Argentina was too far from family. She returned to Ireland and was rehired at the Times as a feature writer. David had returned to the United States, but they remained friends, and in 2007 he came to Ireland to celebrate her birthday. Reunited after three years apart, they fell in love.

After a couple of years living together in Ireland, McCann agreed it was time for her to try living in the U.S.

“We got married,” she says, “because we wanted to become family, but it also helped me to get to the U.S. legally.”

The couple arrived in New York City in August 2009 and drove across the country to Portland, Oregon, where David had bought a house. Their daughter was born that October and their son, a few years later.

For the last five years, McCann has worked for The Portland Monthly, where she is senior editor at large. Besides publishing news about the local lifestyle, the journal also covers issues of social justice.

“It’s important to me to work where everyone has a strong ethic as a journalist,” she explains. “At the Monthly, we believe it’s a service to the community to hold public officials accountable for their actions. In this way, we can change how people act in the future.”

McCann says her recent U.S. naturalization ceremony gave her insight into the power each of us has.

“We represented 30 countries,” she remembers. “And I thought, ‘We’re all in this together now — all of us who came here from all over the world.’ And the more of us who get together and become citizens and vote, the more power we have.”

Our nation is becoming polarized, she acknowledges, “but as a writer, I have a platform and the power to make people listen. So it’s my job to start stitching the frayed fabric of our society together.”