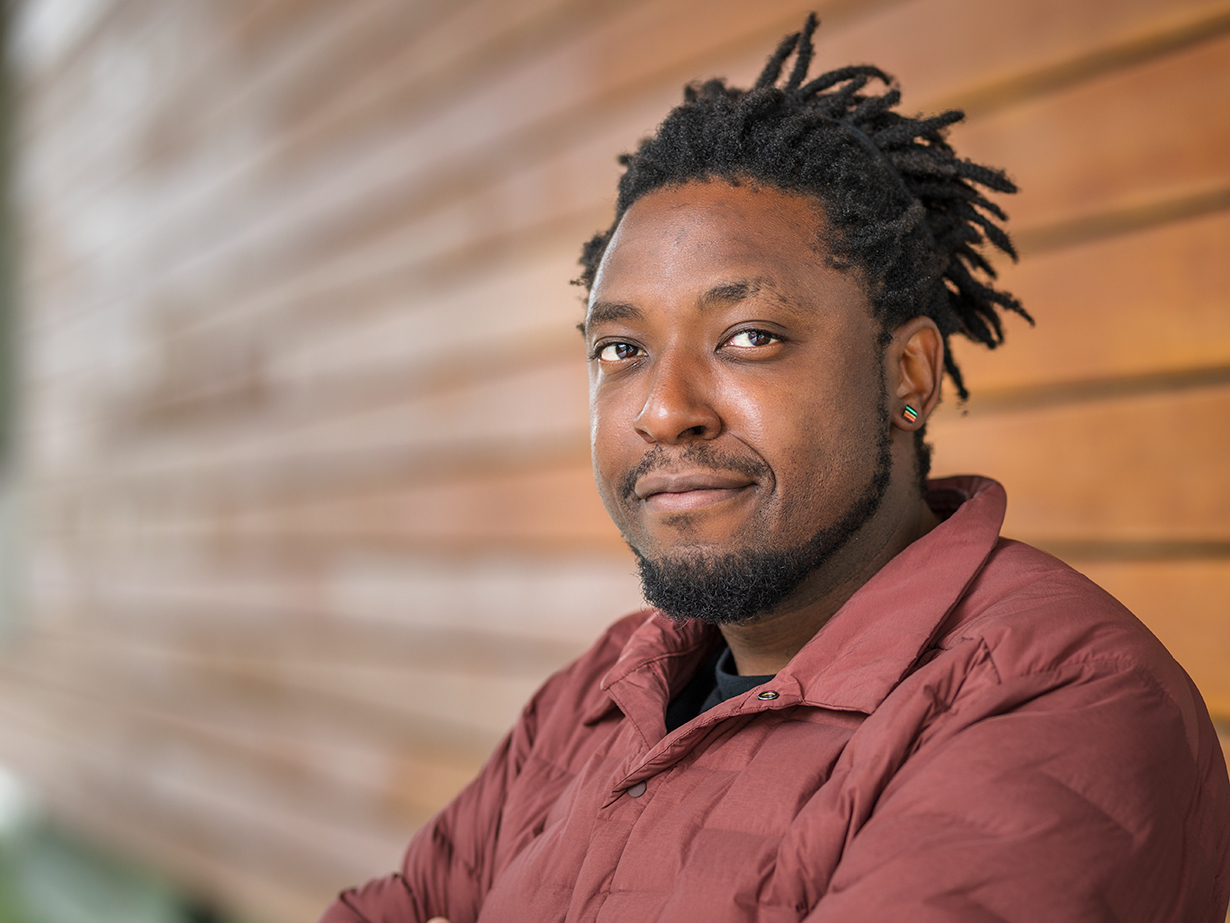 When he listens to African music, Zanda Pemba feels refreshed in his love for the art form. He connects with the raw instrumentals whenever he tires of European songs, and finds his music taste “recalibrating” and renewing each time.

Alexander Pemba, who goes by Zanda, was born on February 10, 1986, in Kwekwe, Zimbabwe. Six years had passed since Zimbabwe gained independence from British colonizers, but evidence of that oppressive presence lingered. Places named after white European colonizers surrounded Pemba. His public elementary school, for instance, was called Tennyson Primary. His father worked in sales at the Zimbabwe Iron and Steel Company,  previously known as Rhodesia Iron and Steel — Rhodesia being the former name of Zimbabwe as a British colony.

“You could segregate by skin color,” Pemba says. “But when that wasn’t legal anymore, they segregated by socioeconomic status.”

Pemba was lucky enough to attend a school that was well-resourced and integrated, where one teacher cared deeply about him, asking direct questions, checking on his progress, and taking care in instructing him.

“That really sparked a fire under me,” says Pemba. “Like a plant put out in sunshine, I flourished.”

High school was a little harder. Still, Pemba enjoyed his classes in science and English. His school encouraged students to speak English everywhere, and their knowledge of the language became a kind of status symbol compared to more poorly-funded schools. Once he graduated, Pemba worked in a casino to finance a move to the United States.

The United States held the promise of earning money to send home to his family, as well as the opportunity to be near his brother, who had earlier moved to Texas. In 2004 Pemba joined his brother in Texas and began college. One particular moment stands out to him from the start of his college career: A professor let Pemba borrow a textbook he struggled to afford. He vowed to do right by her, and went on to receive exceptional grades in his chemistry studies.

As with the teacher who took an interest in him in primary school, this act of kindness went a long way in Pemba’s education. “I come from a country where textbooks were like gold,” he says. “This professor didn’t even know me, but on the first day of class she gave me this textbook. Others saw the spark in me when I didn’t see my own worth yet.”

Pemba thrived in his new life. He enjoyed his new independence, had a knack for turning new friends into chosen family, and really clicked with the intricacies of chemistry. He went on to PhD studies at the University of Florida, where he fell in love with the topic of biodegradable polymers.

Another blossoming interest was his passion for music. Pemba connected with other musicians outside his university circle, and worked as a DJ on Friday nights. He played music from South Africa, as well as a mix of other genres. He particularly favored hip-hop, because of its storytelling nature, and chose songs that sampled music from all around the world.

Music wasn’t like his studies, where students all competed to be the best. When he played music, Pemba engaged in collaboration with other artists, which felt like a reprieve and nourishment.

Still, in 2016 Pemba went on to work at Intel in Oregon, a competitive job that drained him. He missed the Florida sunshine and felt lonely. “Working at Intel wasn’t as juicy and generative as I’d expected,” he recalls. “But I don’t regret taking that job, because it led me to who and where I am now.” He worked there for three years, but when he got his green card, his opportunities opened up and he finally felt free to pursue the dream of music.

First, though, he used some of his savings to visit Zimbabwe. There, he set off to learn what he could, helping in his family’s piggery and letting the stress of his Intel job dissolve.

Pemba still lives in Oregon, where he founded Diasporadical, an organization whose aim is to raise consciousness about injustices through music. He finds that his studies in chemistry still prepared him for entrepreneurship. “What I learned in my PhD wasn’t just chemistry; I was learning how to learn, and that I could learn,” he says. His schooling prepared him to attack new problems, even when there wasn’t a “best known method,” or “bkm” in Intel speak, to fall back on.

His knowledge of both music and chemistry are part of him now. And even more importantly, his experiences have given him an ability to attack new problems in innovative ways — a skill nobody can take from him.